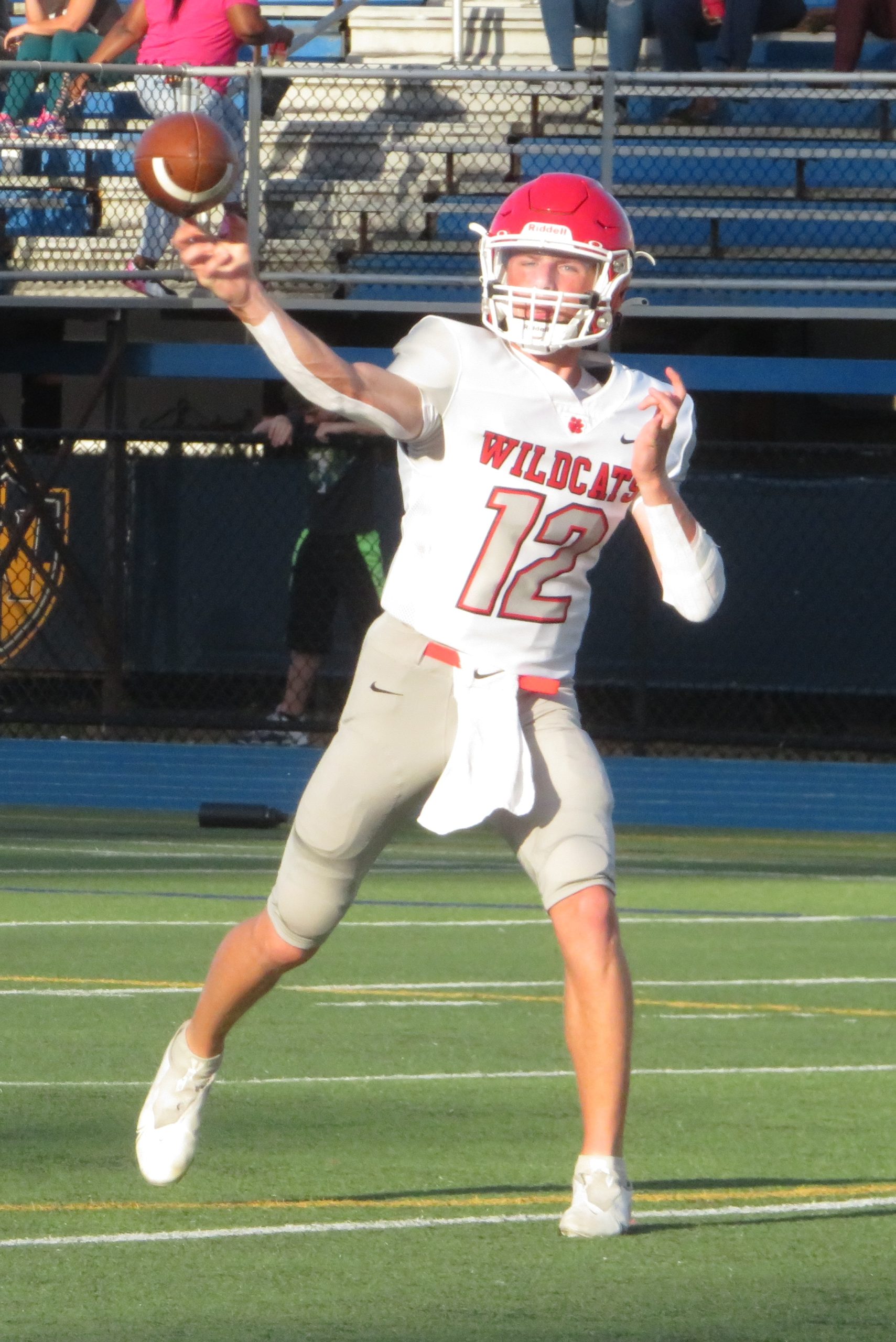 The Wildcats capped off their nine-play, 72-yard game-opening drive with a Hunter Rhoads two-yard touchdown run just 3:54 into the game. They led the rest of the way and evened their record at 1-1 with a 42-6 win at Wissahickon High School.

“It was great,” OJR quarterback Mike Reed said of the start. “It built our momentum and established the run game and helped open up the offense more.”

OJR faced a tough spot late in the first quarter, but turned it into a momentum-swinging play. Reed got sacked on a 4th-and-4 at midfield and Wissahickon’s first play of the ensuing drive led to a first down at the OJR 11-yard line. A 17-yard sack and a pair of false starts forced Wissahickon to attempt a 39-yard field goal on 4th-and-21. OJR’s Derek Hinrichs blocked the kick and King scooped the loose ball and raced 75 yards for a touchdown and 14-0 lead.

Reed completed 8-of-13 passes for 125 yards and three touchdowns and ran for another score. He threw touchdowns to King, Justin Daubert and Danny Cashman.

“The line was blocking and gave me plenty of time to throw back there,” Reed said, “and it gave me time to read my reads, look at my receivers and make throws.”

All three touchdown passes were on third down. The 33-yard strike to King and 37-yard pass to Daubert were 3rd-and-short while the 23-yard score to Cashman was 3rd-and-10.

“They thought we were going to sneak it on 3rd-and-1,” King said of his score. “The safety came up. From the moment they were like, ‘Sneak, sneak’ I knew it was a touchdown. Before the playcall, me and Mike, we knew that this play was going to hit and it worked.

“In 3rd-and-1 we can do a lot of things and catch them off-guard. They’re expecting a run with big Rhoads, but we can throw the ball and sling it with Reed.”

“When we do that they think run,” Reed said. “They bring everyone up and it opens up the passing game down the field.”

Rhoads led the Wildcats ground attack with 120 yards and a touchdown on 22 carries. Defensively, the OJR line generated pressure all game while Hinrichs, Yellowtail and Lorenzo Satiro grabbed interceptions in the secondary.

“We had speed on the edges and in the interior we definitely looked strong,” King said. “Brandon Kelley, he does what he does off the edge, he’s a D-I athlete. He’s a great player and we overall had the speed on the edge – that’s what really carried us tonight.”

Wissahickon falls to 0-2 with the loss and will try to get in the win column next week against Methacton.

“All the credit goes to Owen J. tonight,” Wiss coach Rory Graver said. “They beat us tonight for sure. We made a ton of mistakes and against a 6A playoff team like that, you can’t make those mistakes. With that being said, I didn’t think our guys ever quit and they played hard.”

Jaden McLean was a bright spot for the Trojans. The junior accounted for 110 total yards on offense, including a 32-yard touchdown catch on 4th-and-8 from quarterback Julian Perkins, and grabbed an interception on defense.