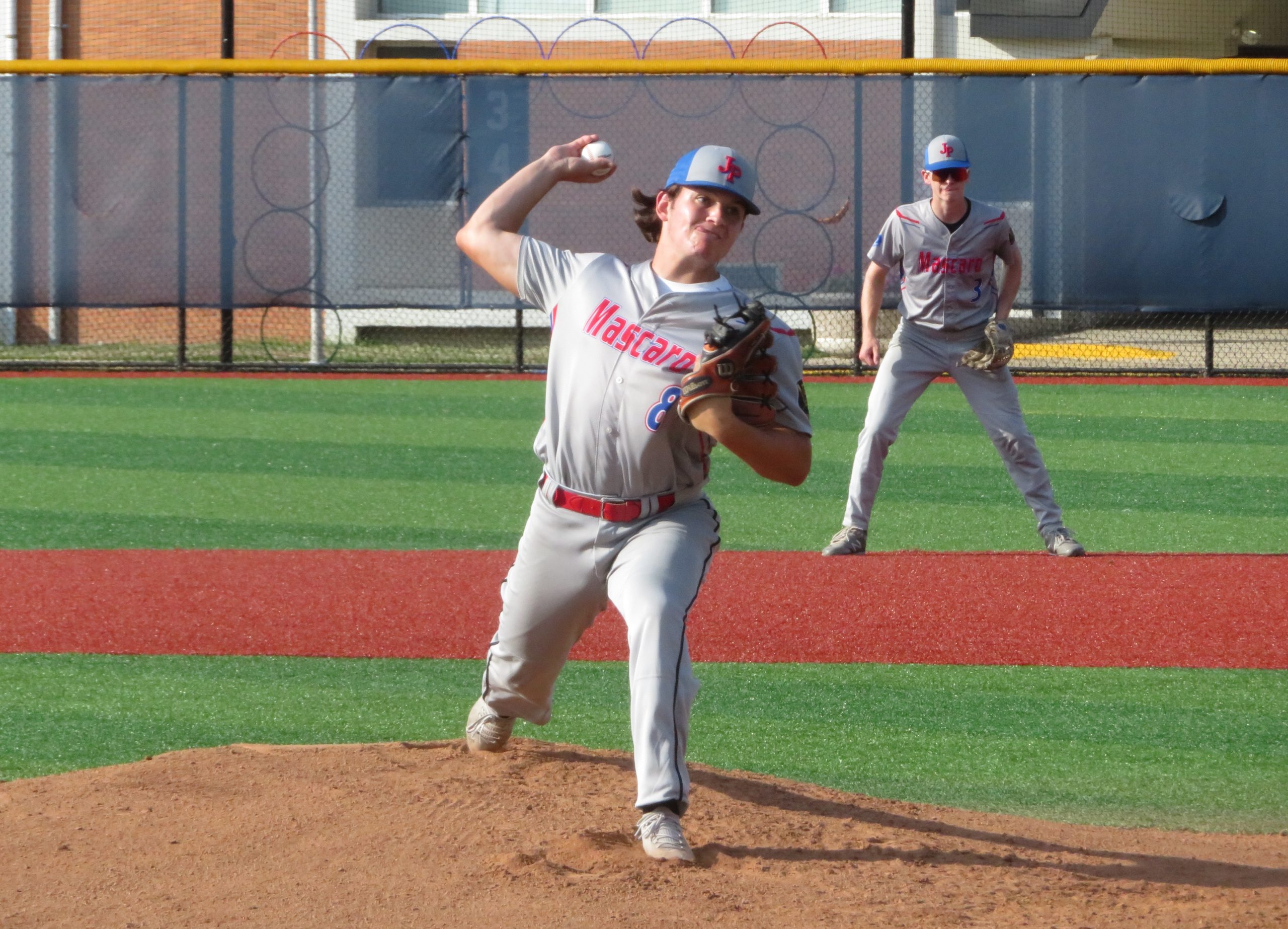 WHITEMARSH >> Tyler Weil-Kaspar didn’t need much help from the JP Mascaro offense Thursday evening, but whenever he did the Haulers delivered.

Weil-Kaspar held top-seeded Whitemarsh to one run over 6 2/3 innings while Chris Tomlinson went 3-for-4 with three runs scored in fifth-seeded JP Mascaro’s 7-1 win in the second round of the Greater Norristown American Legion Baseball League playoffs at Plymouth Whitemarsh High School.

Weil-Kaspar, a right-handed rising senior at Methacton, struck out nine batters before hitting his pitch limit with one out left in the game. He scattered three hits and walked one batter.

“My confidence has been at an all-time high this season,” he said. “I had my curveball going pretty well tonight, had a little pop in my fastball early in the game. It got me out to a good start.”

Tomlinson, who came up a home run shy of the cycle, made sure that the Haulers played with a lead almost the entire game. He led off the game with a triple to right-center field and scored on a Mike Christian RBI single for a 1-0 lead. After Whitemarsh tied the game in the bottom of the fourth inning, Tomlinson doubled to nearly an identical spot in right-center to put two runs in scoring position, both of which scored on an error, in the top of the fifth.

“I was just looking fastball,” Tomlinson, a recent Archbishop Carroll grad, said. “I wanted to find it early in the count so I didn’t have to see any of the breaking stuff. I got my chance. He got me on the one changeup, but the rest of the at-bats I was able to find a fastball and just hunt it to right-center.”

“The three runs (in the top of the fifth) definitely helps,” Weil-Kaspar said, “just knowing I have a lead to play with and still going out there battling the same way I was before.”

Mascaro’s three-run top of the fifth inning was aided by two Whitemarsh errors. Ethan Ketterer reached to leadoff the inning when a throw across the infield was off-target. After Tomlinson’s double put runners on second and third, Jake Chapman hit a fly ball to left field. The fly ball was dropped, scoring Ketterer and Tomlinson to make it 3-1. Three batters later, Casey Behan hit a sacrifice fly to score Chapman and make it 4-1.

“It’s something you really look for when you’re able to capitalize on a moment like that,” Tomlinson said. “We had two guys on in scoring position and able to put one out to left field and score both of them.”

“We lost one game by a run (all season),” Whitemarsh coach Dave Ecklemeyer said. “Dominated all year. When the pressure was on tonight we didn’t get it done. Hopefully we can bounce back (Friday).”

Tomlinson scored on a wild pitch in the top of the seventh before Chapman and Weil-Kaspar tallied RBIs to extend the lead to 7-1.

Whitemarsh’s only run came in the bottom of the fourth. Cole Morris hit a two-out triple and scored on a Tom Convey RBI infield single. The Patriots only had one other runner reach scoring position in the game.

“I don’t know what it was,” Ecklemeyer said. “(Weil-Kaspar) threw well, but I don’t think he was overpowering. I think our guys just weren’t ready to play tonight. You have nights like that. We’ll see what happens (Friday).”

JP Mascaro will face No. 2 Perk Valley in the winner’s bracket final Friday. The winner advances to the championship Sunday.

Whitemarsh will face No. 3 Mount Carmel in an elimination game Friday. The winner will face the Mascaro/PV loser Saturday for a spot in the championship .