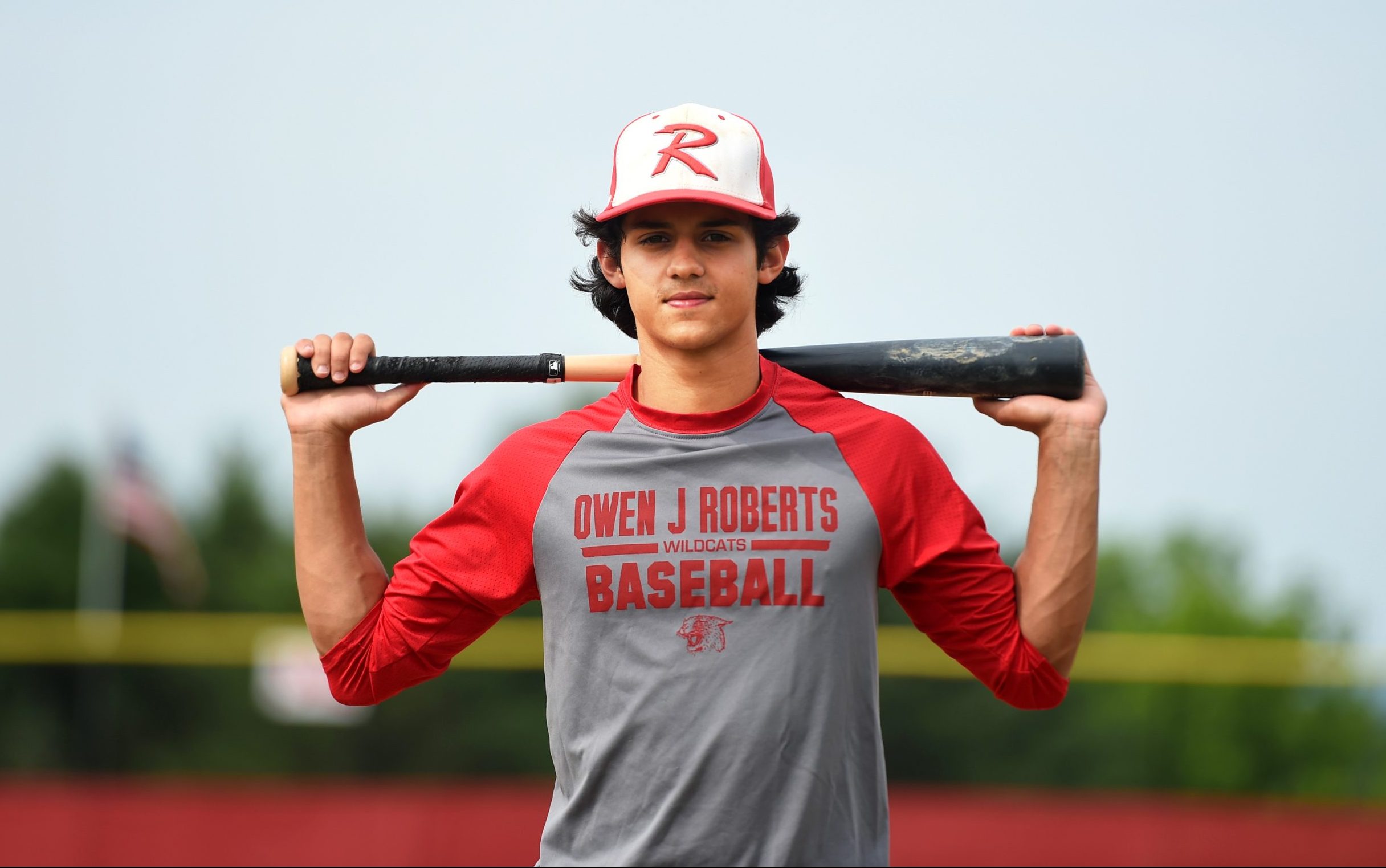 For a high school senior, Dean Mihos sure sounds like someone who’s been around baseball much longer.

It’s probably because he realized how much the game meant to him a lot earlier than most kids.

Around age 12, Mihos realized he had special talents as a baseball player. Rather than treating them as a gift, he decided those superior attributes were a responsibility — he couldn’t let them go to waste.

“I got a chance to get out and see players from outside my immediate area and I saw how I stacked up against them and I knew I had something,” said Mihos, Owen J. Roberts’ senior shortstop. “From then on, it’s been amazing.

“My dedication, I feel I owe it to myself, but I think I owe it to everyone who’s helped me and most importantly I owe it to the game. I don’t think you can be successful in the game if you don’t respect it. In order to respect it, you have to give it your best shot and that’s what I try to do every time on the field.”

When Mihos arrived at the high school four years ago, coach Greg Gilbert knew he had a special player in the making. Mihos made sure he fulfilled that promise with a tireless work ethic and ‘respectful’ approach to the game.

“If you thought he just stepped on the field and was that good, you don’t see all the hours and hours of work that kid put in.”

He finished the season with a .437 average and .579 on-base percentage, even after a postseason run that slated him and his teammates against a slew of high-caliber arms, including three Division I pitchers.

Mihos finished the year with nine doubles, five triples and two home runs. He drove in 27 runs and scored 34 himself.

“This offseason, I really, really found my swing,” Mihos said. “It all clicked. Not just my swing, but being a smart hitter.”

Mihos went from a lead-off role last season to the No. 3 spot in the Wildcats’ lineup. As he tore it up at the plate throughout the spring, he saw fewer and fewer pitches to hit.

It tested his patience, but Gilbert said Mihos, who walked 17 times this year, figured things out.

“It didn’t take him long because he’s a smart baseball kid to understand that you’ve gotta take what they give you and make the most of it, and he did find that balance,” Gilbert said.

The offensive stats certainly made Mihos’ season a standout senior campaign, but an in-person viewing gave a glimpse that they don’t tell the whole story of his game.

His speed on the bases altered games and his defensive ability was transcendent.

He made plays in the hole or charging soft grounders look routine with his smooth fielding ability and rocket arm, taking away would-be infield hits against most high school defenses.

Then there were the heads-up plays like the solo double plays he turned in a District 1 quarterfinal win over Garnet Valley and championship game win over West Chester Henderson to get the Wildcats out of precarious spots.

“I think Dean changed a lot of games throughout the season more than people realize,” Gilbert said. “He made plays down the stretch that influenced the outcomes of games, plays that normal high school shortstops don’t make.”

Those types of plays don’t come by accident. Mihos credits youth coach Tom Downey with helping him think about the mental side of the game even back when he was playing on the Little League field.

“I’m always thinking 1-2-3 steps ahead,” Mihos said. “I think of crazy situations that probably would never happen, but sometimes they come about and I’m able to make a play. I think that shows on the field with some heads up plays that other guys wouldn’t think about.”

When he signed with Coastal Carolina last offseason, Mihos and Gilbert both knew he’d be viewed differently by not just those around the league but also his teammates. If he carried himself the wrong way, it could be detrimental to the team’s chemistry.

Mihos struck a balance in his leadership style that played an important role in the Wildcats’ success. Their chemistry was evident during a 19-win streak that ended with a one-run loss in the first round of the state playoffs.

“All Division I athletes have that stigma around them,” Mihos said. “Like OK they’re Division I. They’re big time. Let’s see what they can do and some kids take it and put themselves above the rest of the team. But for me, I wanted to use my talent and my ability to help the players get better.”

Owen J. Roberts shortstop Dean Mihos, left, and pitcher Shay Geib after Mihos threw to first for the final out in the District 1-6A baseball championship at Villanova Ballpark. (Owen McCue – MediaNews Group)

Mihos’ primary goal this season was for him and his teammates to leave their mark on the program and the school. That’s exactly what they did with their league and district championship wins.

“Other than the fact that you get to come and play baseball everyday, that’s probably one of the most special things I think in my life so far,” Mihos said of the championship victories. “Just being able to bring the pride back to Owen J. Roberts.

“Being able to go out on a win streak like we did and bring people out to our games and following the games and now being able to have the first PAC championship in 12 years and first district title ever, I think says a lot about this team’s character. What I wanted for this team is to be remembered for a very long time, and I think we were able to do that.”

There’s no guarantees at the next level, particularly in a sport where failing 70 percent of the time is considered a success. However, Mihos’ makeup and his ability provide optimism that the best is yet to come for The Mercury’s All-Area Player of the Year.

“I think I fell in love with the game from an early age,” Mihos said. “When I was young, I was just always excited to go play the game. I didn’t fully understand my love for the game. I just knew I enjoyed playing it.

“I think when I got probably to maybe 13/14U baseball and started experiencing the bigger field and seeing that, ‘I can play this game long term,’ I knew that my childhood dreams, I could meet those. And those dreams are playing college ball and playing pro ball. That’s when everything came full circle for me and I committed myself to the game.”