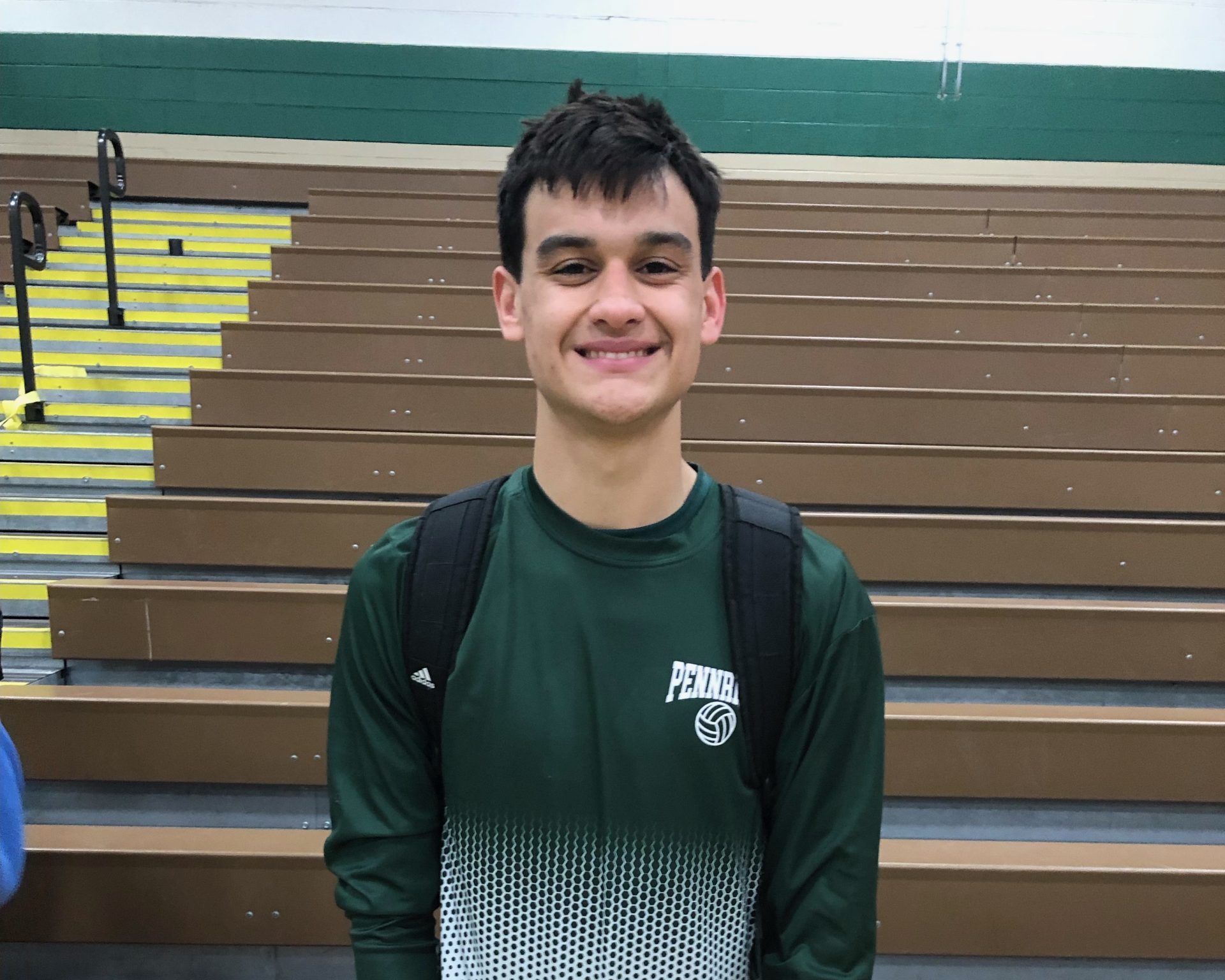 The senior excels at that aspect of the game, getting his passes high in the air and positioning his teammates to avoid the defensive wall at the net.

The 6-foot-2 setter contributes more than just passing and the Pennridge captain is the Reporter/Times Herald/Montgomery 2022 Boys Volleyball Player of the Year.

The upperclassman helped the Rams win the SOL American title and reach the District 1-3A championship game and the PIAA-3A state semifinals.

Kodidek showed his ability to impact a game in a variety of ways all season long.

During an April 5 win over Souderton, he stuffed the stat sheet with 30 assists, five blocks, five aces and 10 digs.

Kodidek continued to dominate in the postseason. He averaged 29 assists, 6.5 kills and nine digs in a 3-1 quarterfinal win over Souderton and 3-0 semifinal win over Council Rock North. In the final, a 3-1 loss to Neshaminy, he had 30 assists and five blocks.

It was more of the same in the state playoffs. He tied a team-high with five blocks in a 3-0 opening-round sweep over La Salle before totaling 42 assists and three blocks in a 3-2 quarterfinal win over McDowell. He had 27 assists in the semifinal loss to eventual state champion North Allegheny.

Kodidek, who helped the Rams win the District 1-3A championship as a junior in 2021, will continue his academic and athletic careers at Arcadia University.