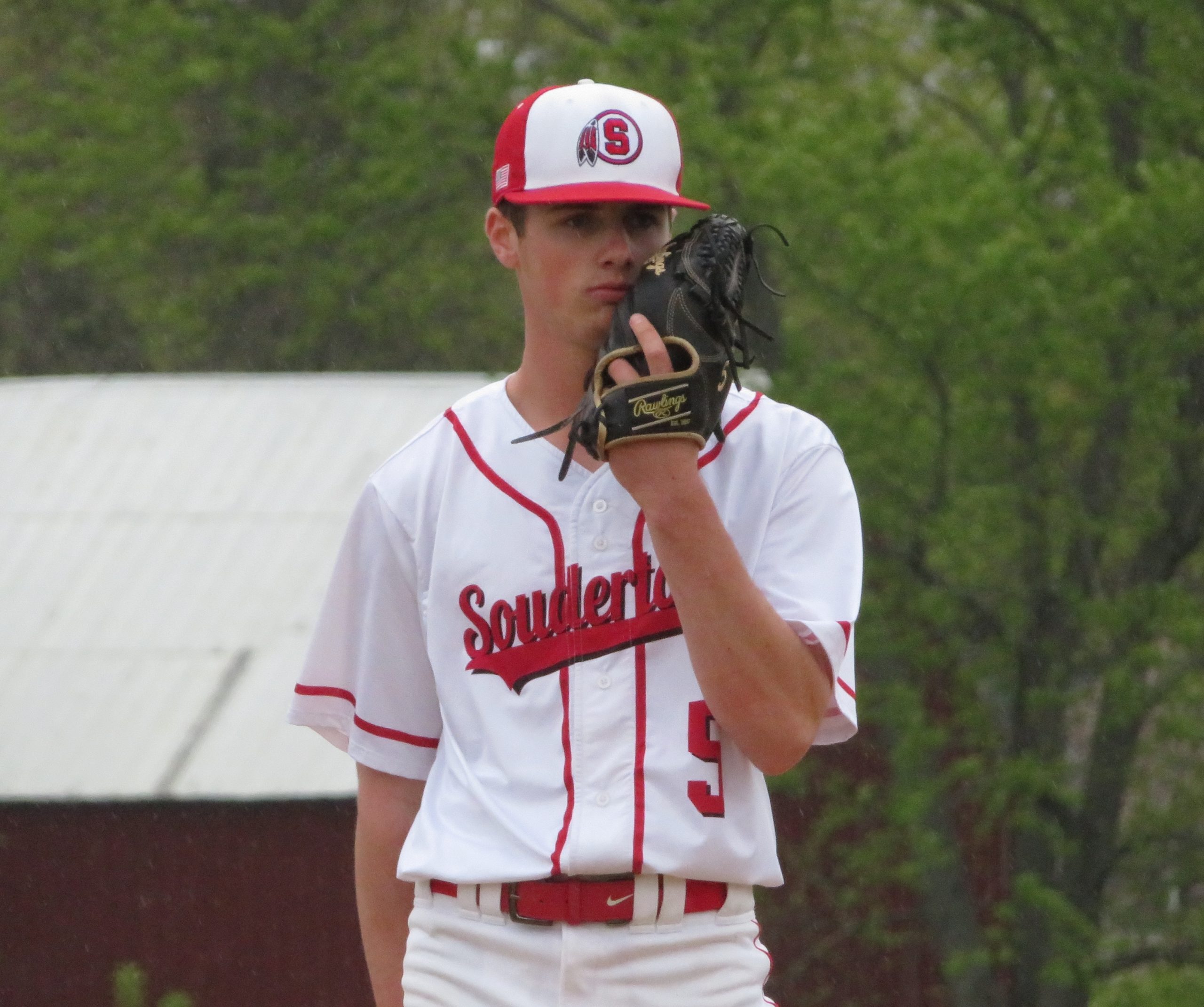 Souderton pitcher Will McCausland gets the sign from his catcher during a game against Neshaminy. (Ed Morlock/MediaNews Group)

The 2022 season is complete and teams in the Reporter/Times Herald/Montgomery area found plenty of success.

Souderton, Hatboro-Horsham and Upper Moreland won Suburban One League championships. The Indians won the Colonial Division, the Hatters, who also qualified for the state playoffs, won the Liberty Division and the Golden Bears won the Freedom Division.

Upper Dublin finished two games behind Hatboro-Horsham in the SOL Liberty, but elevated its play in the postseason. The Cardinals won the first district championship in program history and advanced to the state quarterfinals. They won all three district playoff games and their state playoff win in their final at-bat.

In the Philadelphia Catholic League, Archbishop Wood and La Salle both won District 12 championships. The Vikings, who finished second in the PCL, reached the state semifinals for the first time in program history. The Explorers advanced to the state quarterfinals.

From the Bicentennial Athletic League, Dock Mennonite Academy and Jenkintown won District 1 titles. Dock defeated Bristol, 16-1, in the 2A championship while Jenkintown beat Faith Christian Academy, 1-0, in 1A.

These team accomplishments were made possible by strong individual players. The top player are recognized with All-Area honors.

Cole Fisher, Hatboro-Horsham: The senior-right hander went 6-0 for the Suburban One League Liberty Division champs. Fisher, who threw a no-hitter, posted a 1.15 ERA in 48 2/3 innings. He struck out 64 batters to 16 walks while allowing 31 hits. Will McCausland, Souderton: McCausland went 8-1 in 12 appearances with a 0.58 ERA. In 60 1/3 innings, the right-hander struck out 110 batters to 15 walks and 24 hits. The senior threw a no-hitter this season after losing a no-hitter with two outs in the seventh inning in his previous start. Souderton’s Will McCausland pitches during a game against Neshaminy. (Ed Morlock/MediaNews Group) Michael Trommer, Archbishop Wood: Trommer was a driving force behind the Vikings run to a District 12-5A championship. The senior earned first team All-Philadelphia Catholic League honors as both an infielder and pitcher as Wood reached the state semifinals for the first time in program history. He hit .358 with four doubles, four home runs and 21 RBIs while going 7-1 on the mound with a 1.74 ERA. Grayson Weikel, Faith Christian Academy: Weikel hit .583 for the Lions with 35 hits in 18 games. The sophomore had six doubles, one triple and three home runs with 40 RBIs.

Kyle Rizzo, Upper Dublin: Rizzo hit .431 during Suburban One League Liberty Division play with a 1.199 OPS. The senior set the table for the District 1-5A champions in the leadoff spot while excelling defensively at keeping the ball in front of him and throwing runners out. Souderton’s Shanley Wall kneels on third base after advancing on a wild pitch against Neshaminy. (Ed Morlock/MediaNews Group)