PIAA Class 5A Softball: Mentzer comes up clutch again for Exeter to down Upper Perk 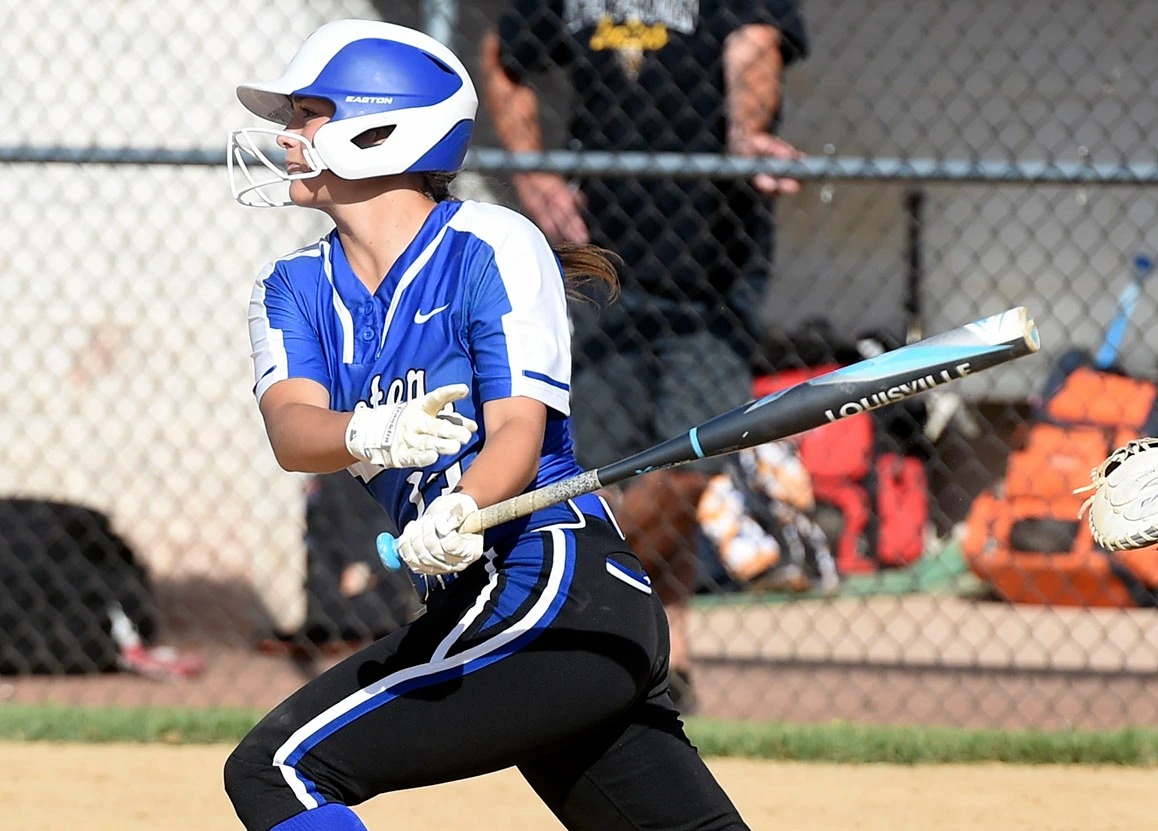 REIFFTON >> With the bases loaded and two outs in the sixth inning of a tie game, Exeter center fielder Taylor Mentzer stepped into the batter’s box and found herself in familiar territory.

After recording several crucial hits throughout the county and district softball playoffs, Mentzer calmly delivered once again, recording what proved to be the game-winning, two-run single to lift the Eagles to a 5-3 win over Upper Perkiomen in the first round of the PIAA Class 5A Tournament on Monday.

“The pressure keeps me more focused,” Mentzer said. “(I just) focus on the ball.”

The big hit came just three days after Mentzer hit a go-ahead, two-run double in the late innings of Exeter’s district championship game victory over Twin Valley. The senior finished Monday’s game 2-for-4 with two RBIs and a run scored.

“She is the most humble, hungry and happy kid I’ve ever coached,” Eagles coach John Casner said. “She handles pressure unbelievably.”

“She looked a little tired to me, but she worked through it,” Casner said about Herb. “Hopefully she’ll be rested up for (the next game on) Thursday.”

Exeter (23-2) opened the scoring in the second inning, as an Indians’ throwing error allowed catcher Taylor Knaub to score and make it 1-0. Designated player Mackenzie O’Brien reached third base thanks to the error, and came around to score on a single from first baseman Cheyenne Boyles later in the inning to make it 2-0.

The Eagles added to their lead in the third, capitalizing on another Upper Perkiomen throwing error. The mistake allowed Mentzer to score, giving Exeter a 3-0 lead.

“We made a few more errors in the field,” Indians coach Dean Sullivan said. “Without those errors, it’s a whole lot different (of a) game.”

Upper Perkiomen responded in the fourth inning with a three-run home run from pitcher Madalyn Dyer. The homer was Dyer’s only hit of the game.

“I thought it was going to (hit) the top of the fence,” Sullivan said. “When it went out, it was joyful.”

In the circle, Dyer tossed six innings and allowed five runs, two of which were unearned. She struck out four and did not walk any batters.

“Madalyn always keeps us in games,” Sullivan said. “I thought she would shut them down, and she did.”

With the loss, the Indians end their season at 15-9. The state playoff appearance was Upper Perkiomen’s first since 2019.

The game remained tied 3-3 until the bottom of the sixth, when Mentzer’s bases-loaded single allowed O’Brien and left fielder Taylor Hill to score. O’Brien finished the game 1-for-3 with two runs scored.

“She likes to play with pressure on her, and she’s proven it all year,” Casner said about Mentzer. “I was happy with one of my best hitters at the plate with the bases loaded.”

The hit marked the third consecutive playoff game in which the Eagles have scored the game-winning run in the sixth inning or later. Exeter will play District 1 runner-up Oxford in the state quarterfinals on Thursday, site and time to be announced.

xeter’s Peyton Seamans is tagged out at the plate by Upper Perkiomen’s Ashley Forrest in the third inning in a state softball playoff game at Exeter on Monday, June 6, 2022. (BILL UHRICH — READING EAGLE)

Exeter’s Taylor Mentzer is safe at third base in the third inning against Upper Perkiomen in a state softball playoff game at Exeter on Monday, June 6, 2022. (BILL UHRICH — READING EAGLE)