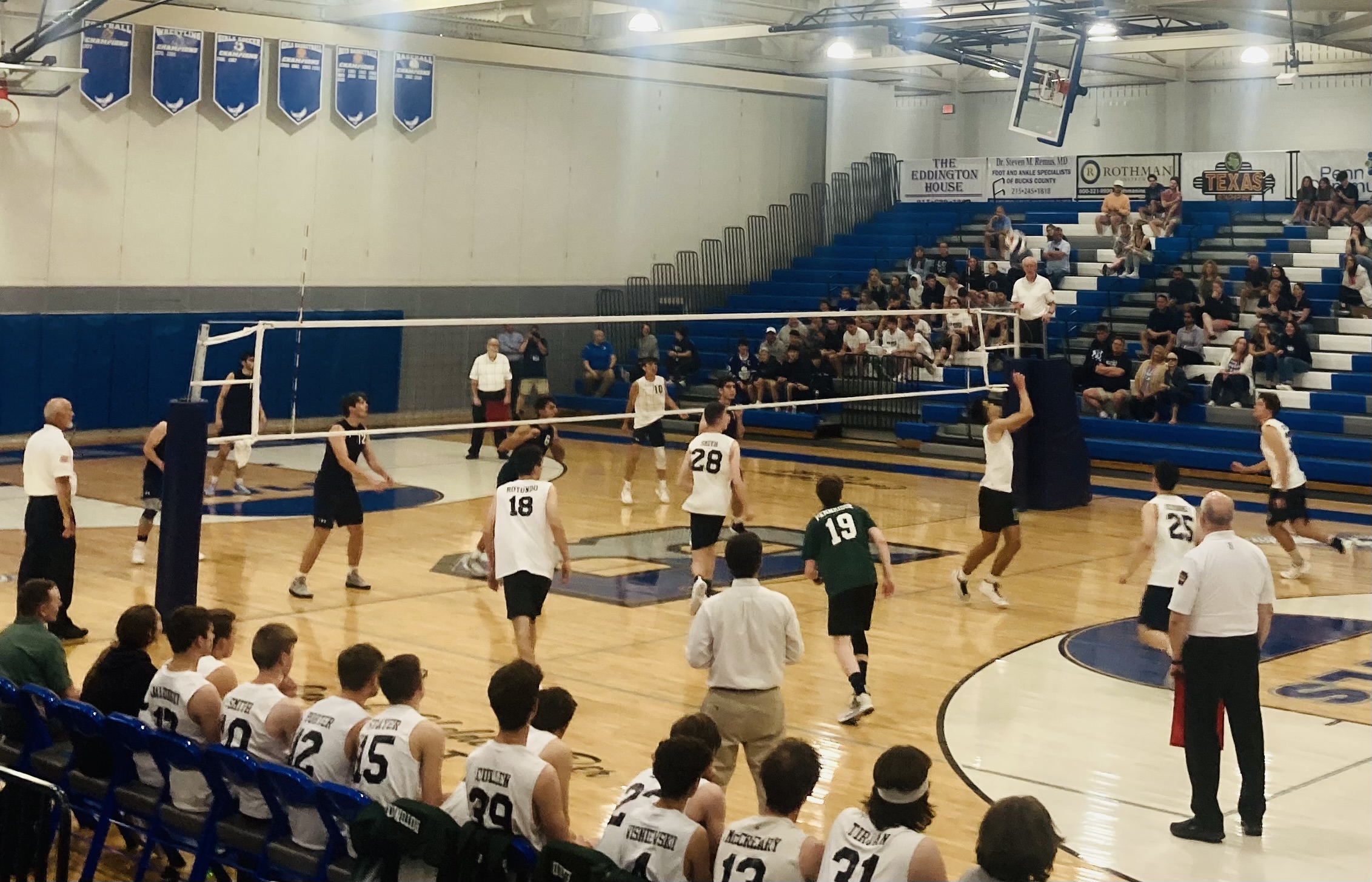 BENSALEM >> Pennridge hit few bumps Tuesday night on a road it has traveled many times before.

The Rams won 3-0 over Council Rock North, holding off surges by the Indians in the second and third sets, to advance to the District 1-3A Final, the program’s ninth district-final appearance in the last 13 seasons.

“In practice, we worked a lot on our blocking but tonight we seemed to focus on ball control,” said Rams senior Riley Kodidek. “At the end of the day, we just took care of business.”

Second-seeded Pennridge will face the winner of the Upper Dublin-Neshaminy matchup, which was set to take place after the Rams’ match Tuesday night at Bensalem. The district final will be Thursday night at 7, back at Bensalem.

“We started out strong and I think that helped,” said Rams coach Dave Childs. “And every time (Rock North) made a push, we were able to kind of bounce back from that and pull it out.”

Pennridge huddles during its match with CR North on Tuesday, May 24, 2022. Kev Hunter, MediaNews.

Pennridge had not faced No. 6 CR North this season, but was able to adjust and conquer.

“It was good to get a cushion because they started to come back,” Kodidek said. “After our timeouts, we just kept our cool.”

The Rams won for the 17th time in 18 matches, and secured a spot in states. Pennridge displayed tremendous balance throughout.

“Tonight was a little up and down, but I think overall, as the season has gone on, you wanna feel like you’re playing your best,” said Childs, “and I feel like we’re heading in that direction.”

Rock North still has another crack at states — the top three teams advance. The Indians take on the loser of Tuesday night’s other semifinal.

Said Indians coach James Koodathil of Pennridge: “They played a clean game. Their big players played solid and they played good defense. In the second set, we were right there. The boys dug themselves a hole, and they know not to do that. However it was nice to see the grit.”

Pennridge is playing and feeling like this could be another special run.

“Once the preseason rolled around and once we started playing in tournaments, I think it really helped us develop as a team,” Kodidek said. “And it showed how far we can really go.”