District 12 Track and Field: Bonner-Prendie’s Johnson plans to be busy at state meet 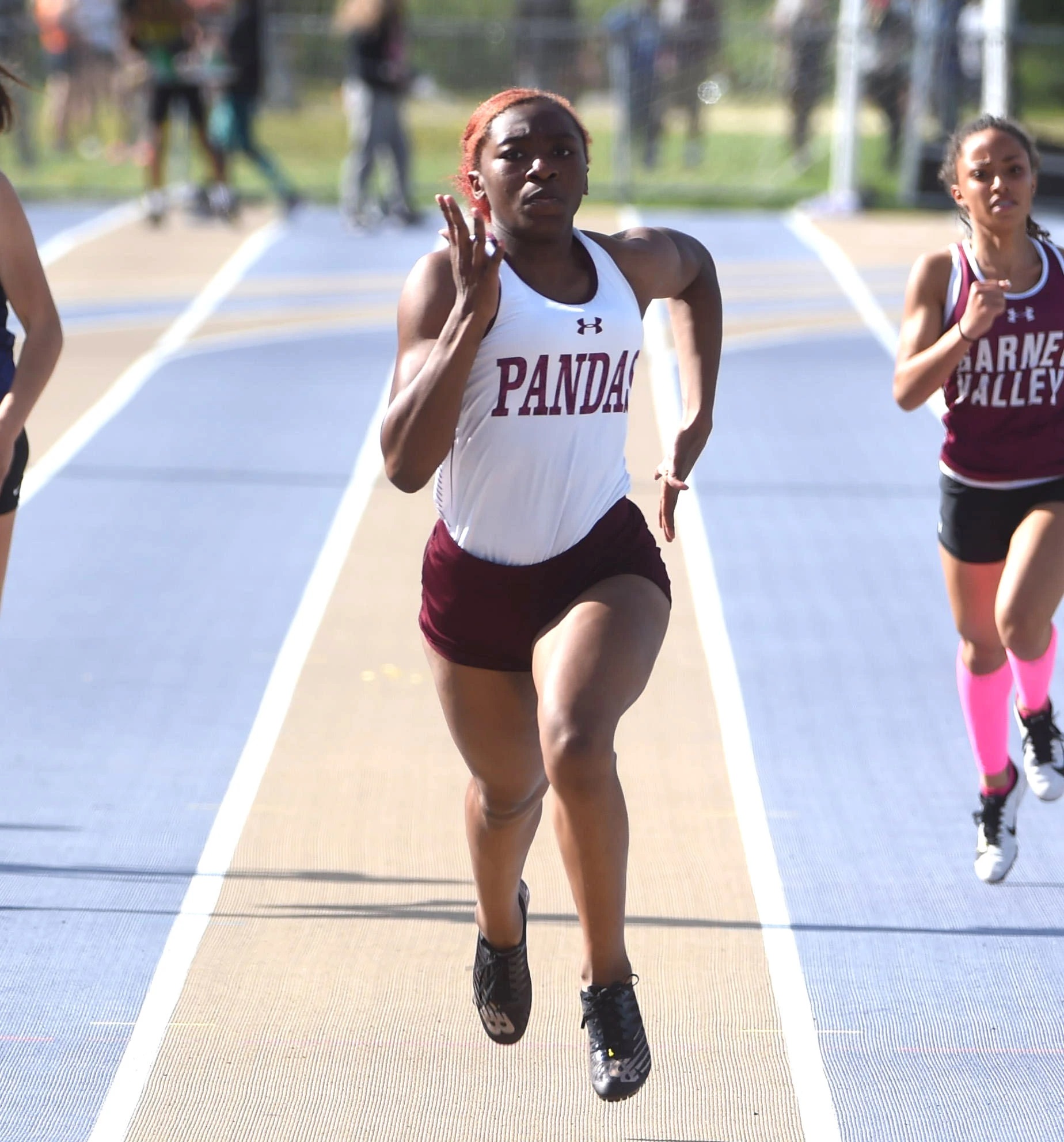 Taylor Johnson of Bonner-Prendergast stole the show on the girls side once again and Cardinal O’Hara claimed its second straight Class 3A team title at the District 12 Track & Field Championships Thursday at Benjamin L. Johnston Stadium in Philadelphia.

The top two individuals and teams automatically qualify for the PIAA championships.

Cardinal O’Hara’s depth was the difference in the team competition, just as it was at the Catholic League championships last week.

Once again, it was Samantha Sharrow who showed the way for the Lions, who finished with 120 points. Sharrow won the triple jump for the second year in a row with a personal best leap of 34-11½. She won the event on her final attempt. She also took second in the 200 (26.78) and long jump (16-10), and anchored Bridget McGuinn, Sarah Schumacher and Jonelle Mandeh to second in the 4 x 100 (50.21).

Maddie Ellis also came up big for the Lions. The former lacrosse player earned her first district title and first trip to the state championships with a victory in the 800 (2:25.18). Bridget McGuinn also earned a trip to Shippensburg with a second-place finish in the high jump (4-9).

Archbishop Carroll’s Mariah Kinder also is headed to the state meet. She was second to Johnson in the 100 (13.02).

On the boys side, it was two very good days for Archbishop Carroll’s Michael Glavin and Rodrigo Davis. Glavin won the Class 2A 1,600 on Wednesday (4:38.39) and then led off the team of Rex Coffey, James Cawley and Gabriel Cuffey to gold in the 4 x 800 (8:50.17) to help the Patriots finish second in the team competition.

Davis punched his ticket to Shippensburg in a pair of events. He won the long jump Wednesday with a leap of 21-3 and then went 40-9½ to take the triple jump on Thursday. Cuffey won the 800 (1:58.35). The top three finishers in Class 2A automatically qualify for the PIAA championships.

Cardinal O’Hara’s Jaden Collins is headed to the PIAA championships in two events. Collins was second in the Class 3A 400 in 50.10. He teamed with Danny Schikel, Logan Maloney and Xavier Tran for second in the 4 x 100.