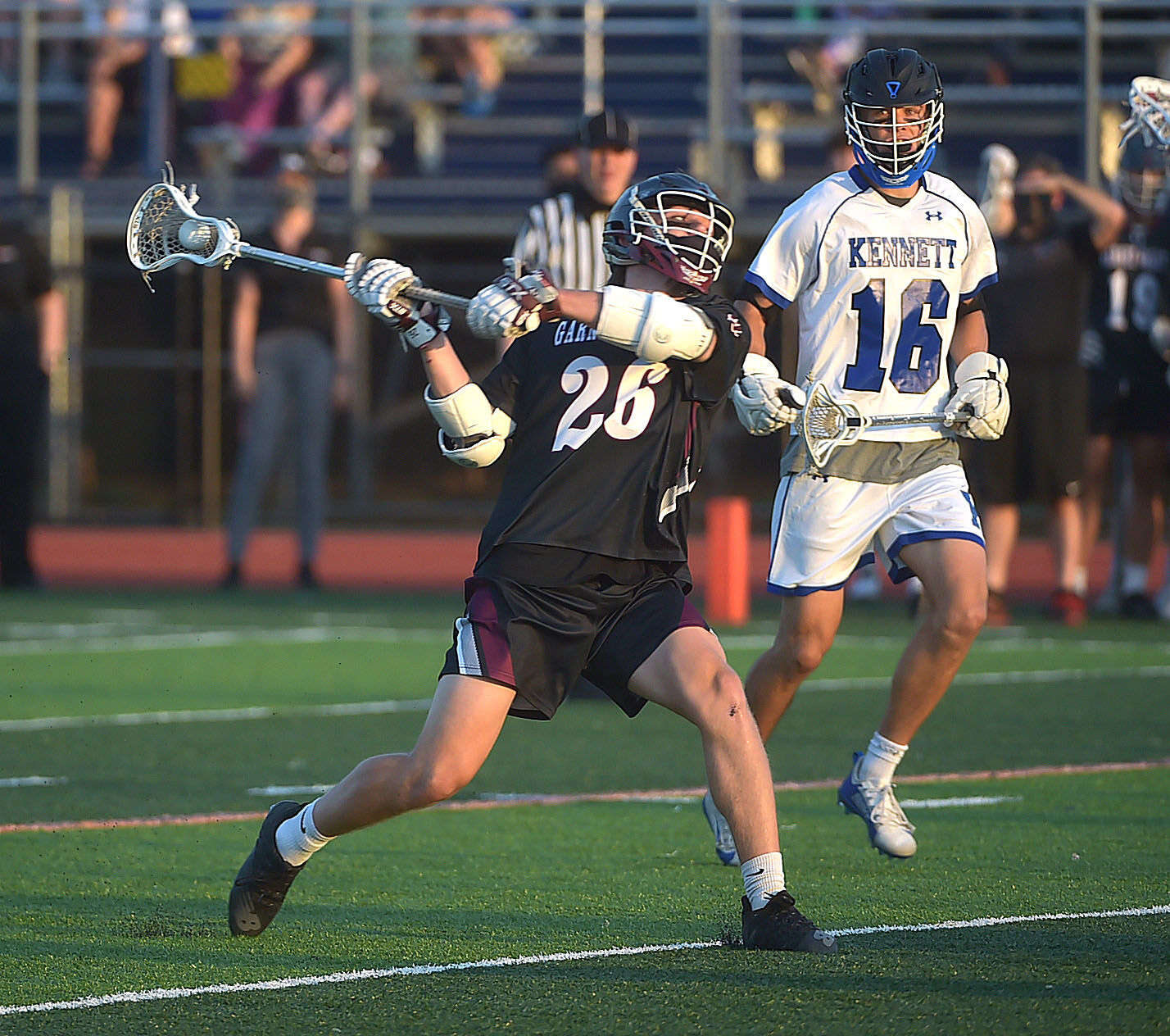 CONCORD — You didn’t have to be clairvoyant to see what was shaping up as soon as the District 1 boys lacrosse brackets dropped.

If the seeds held, Garnet Valley would get Wissahickon in the win-or-go-home second round of the Class 3A tournament. That meant Sean Gallagher would get a steady dose of Kyle Lehman. Which meant the fans would be treated to an intense, tactical battle between one of the more athletic poles and one of the highest-scoring midfielders in the nation.

Both players had their moments in Tuesday night’s 16-7 win for sixth-seeded Garnet Valley. Only Gallagher, an elite senior LSM bound for the United States Naval Academy, entered it knowing his team could advance if he kept Lehman even moderately contained.

“I think Kyle is probably, easily, the best player I’ve ever had to cover, especially in Pennsylvania, outside of course, Max,” Gallagher said. “Kyle, he’s really good, he’s really shifty, he’s really hard to guard. I’ve played against him a couple of times, so I kind of knew what to expect in that sense.”

Lehman, a junior bound for Penn State, is that good, one of the top middies in the Class of 2023. He proved it with two goals and an assist. But for No. 11 Wissahickon to pull an upset, Lehman needed to come up with something superhuman. Gallagher is not one to allow that to his marks. So the longer the battle stalemated, Gallagher sticking with the uber-shifty Lehman stride for stride, the more the advantage tipped to the Jags (14-5).

Lehman set up the first Wissahickon goal, scored by Sam Baker, in the first quarter. But by that time, it was 6-1 Garnet Valley.

Lehman added a goal on the run with 1:30 left to half, a sumptuous shot in which he dodged at full speed to his right and lasered one low inside the far post. It’s the kind of rope that neither Drew Keaveney nor any goalie is going to stop. Lehman added another rocket in the third, but that merely got the game to 11-4.

More important, Gallagher said, was making sure the GV defense made Lehman earn every inch he got.

Of course, Garnet Valley has its own player of Lehman’s caliber: The aforementioned senior attack Max Busenkell, who no team this year has slowed. Busenkell had a casual four goals and one assist, including a couple of snipes that literally left the Garnet Valley game managers scrambling for zip ties to reinforce the nets.

Busenkell made history with his 300th career point, all the more impressive by the Notre Dame signee and football All-Delco not having a sophomore season. He also scored his 126th point of this season, erasing the Garnet Valley record set by … Busenkell, last year. It took six fewer games this time around.

The Jaguars went 23-for-27 at the faceoff X, ensuring a steady supply of possession (and tiring Lehman, who had to spell top pole Jake Licata on draws). Sam DiTrolio went 15-for-19. Kai Lopez won all seven of his draws, adding two goals and an assist.

“We want to keep the ball away,” Gallagher said. “I’d want our offense to play the whole game. I’d rather not have to do anything. And Kei and Sam have been great all year, and they were really good tonight. Wiss didn’t have the ball as much, and that definitely helps the defense out a lot.”