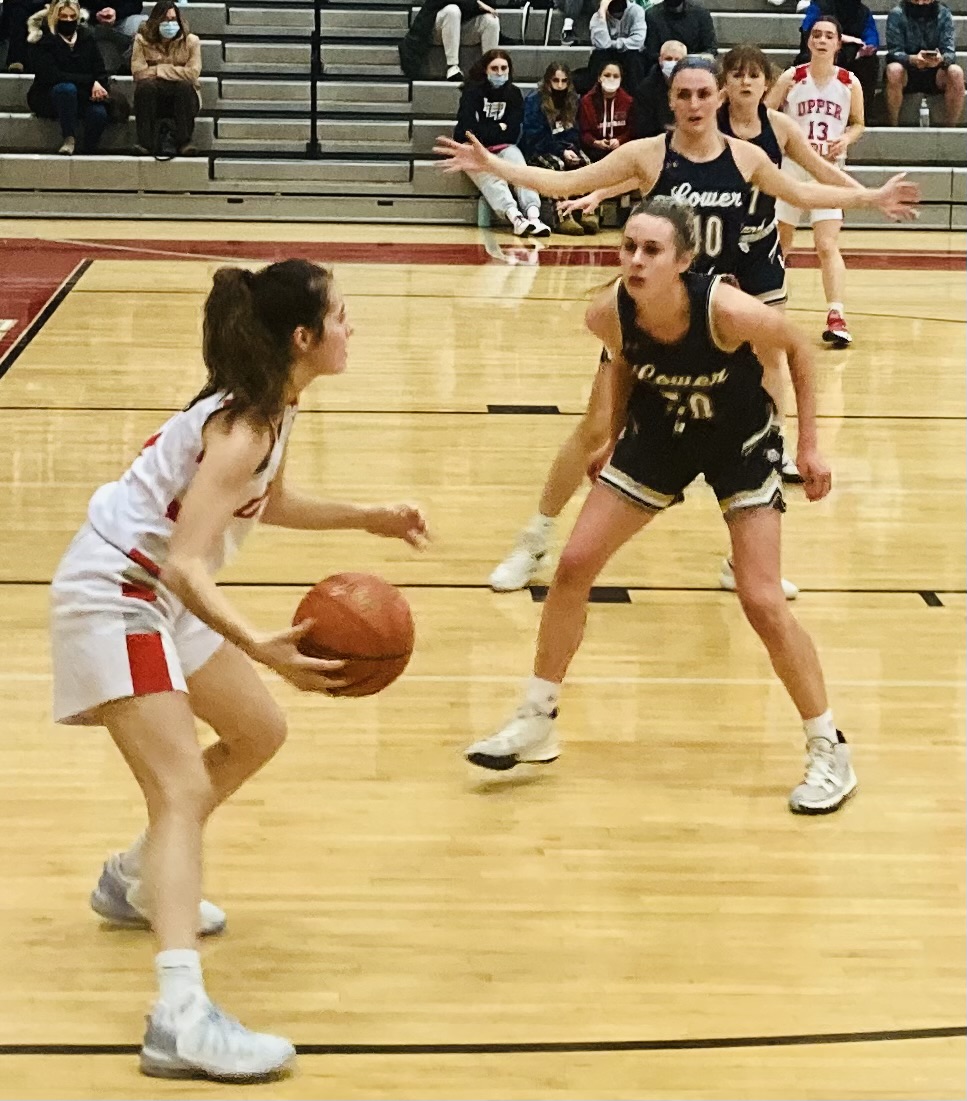 Add to that Amy Ngo’s ability to multitask on the basketball court and the result was a well-rounded 53-23 victory over Lower Moreland Tuesday night.

“We like to learn our girls’ tendencies,” said Ngo, who had the daunting task of defending the Lions’ Jess Dugo, and came through admirably, “so going into the game, we know exactly what they wanna do and how to defend them.”

Ngo helped limit the dangerous Dugo to six points as the Cardinals clamped down for their fourth straight win. Upper Dublin is now 8-6 on the season and remains 5-3 in the Suburban One League Liberty Division. Lower Moreland is 5-5 overall and remains 2-4 in the SOL Freedom.

Ngo hit four of the Cardinals’ six 3-pointers, leading the way with a game-high 16 points.

“Amy made some big shots and she also had to take over some point guard responsibilities with Bliss Brenner being out,” said Cardinals coach Morgan Funsten. “And Amy did a good job defending Dugo as well. She had a big responsibility tonight and I thought she handled it really well.

A pair of threes by Ngo helped spur Upper Dublin to a 16-7 lead after one.

The Cardinals continued to press into the second quarter, forcing turnovers and getting extra possessions as a result.

Upper Dublin allowed the Lions just two field goals in a pivotal second quarter, and when Colleen Klammer (6-for-6, 13 points) hit a three at the halftime buzzer, the Cardinal lead was 28-12 at the break.

“Those (tough games at the beginning of the season) were for us to learn and get better,” Ngo said. “As it gets later in the season, we’re looking to play and compete and looking to win.”

Another bucket by Sarnoski and a three by Ngo spiked the Upper Dublin lead to 33-16 in the third. When Ngo hit a three with four minutes left in the fourth, the lead was at 47-23 and the Cardinals were home free.