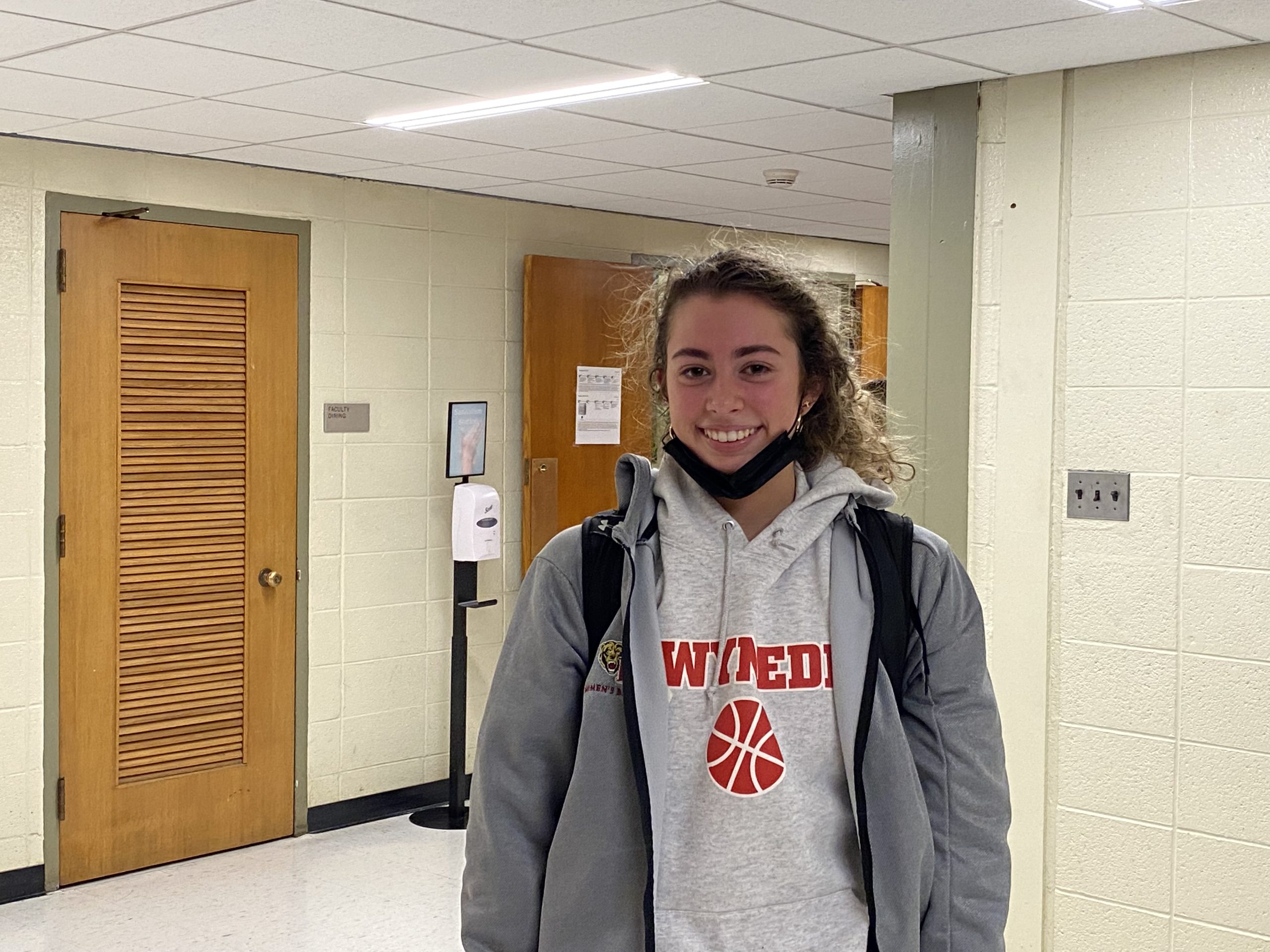 “I just think that every single game so far our defense has just brought us back together even when we dig ourself in a hole,” Coleman said. “And that’s just what helps us.”

A trio of 3-pointers got GMA out to a 9-2 lead over Villa Joseph Marie in Monday’s AACA only for a Tori Nigro-helmed 11-0 run to put the visiting Jems up by four at the end of the opening quarter.

But from there the Monarchs shut down Villa Joe’s attack, allowing just four points over the next 16 minutes while Coleman helped Gwynedd Mercy find enough offense to claim a 36-27 victory and keep its perfect record intact.

“We just did the little things that we went into the game talking about that we did not do in that first quarter,” GMA coach Tom Lonergan said. “We knew that we had to take care of the ball, OK, so too many lost possessions, too many turnovers, some of those were in the open floor so we couldn’t play defense, OK.”

“After the first quarter we did a better job of controlling the ball or if we did turn it over it wasn’t in the open floor so they had to constantly go up against our half-court D. And we rebounded better. Those things we didn’t do well in that first quarter.”

Coleman, a Kutztown University commit, finished with a team-high 14 points – scoring half during a personal 7-0 burst to cap the third quarter and give the Monarchs (10-0, 5-0 league) a 28-17 advantage. The Jems could only cut their deficit down to nine in the fourth.

“Honestly I just had to focus cause I knew that I was making mistakes and I just had to move on to the next play,” Coleman said. “Just know that someone had to step up for our team.”

Nigro, who transferred to Villa Joe for her senior season after the closing of St. Basil last year, scored nine of her game-best 16 points in the first quarter. The Jems (7-4, 3-3) came into Monday averaging 53.2 points per contest but were held to a season-low in losing their second straight.

“Offensively when we are frazzled, our defense will help us bring that back,” Coleman said. “And it’s just frustrating cause sometimes we do get a little frustrated with that. And then, I don’t know, it’s just defense (is) basically the key answer for that.”

The Monarchs have allowed 27 points or fewer in five of their 10 games and look to maintain the stout defensive play as they push for a fifth straight District 1-4A title and their first AACA championship since 2016.

Hannah Griffin added 10 points for Gwynedd Mercy, hitting back-to-back 3-pointers to give the Monarchs the early 9-2 edge. But Nigro scored on a reverse layup then drove down the lane for two more, pulling Villa Joe within one.

Sam White grabbed an offensive rebound and found a cutting Carly Austin to put the Jems ahead 10-9. Nigro drained a deep three for a 13-9 Villa Joseph Marie lead after eight minutes of play.

“They came out in a 1-3-1 (zone defense), gave us a lot of good looks out of it,” Lonergan said. “And we’re a very good shooting team, we have a lot of players who put the ball in the hoop. And you give them some time, we’re going to easily make teams pay when they do that. So give them credit that they got out of it quickly and did, as you said, sped us up, forced us into actually turning the ball over.”

The Jems, however, registered just a point in the second quarter on a Michaela Joniec free throw. Gwynedd Mercy collected the next 10 points for a 21-14 lead until Villa Joe finally scored again at 5:22 in the third on a White foul shot.

“Our coach knew they were going to do the same thing that they were doing cause they never even spoke, they never really had like a halftime talk and they thought that that game plan was working,” Coleman said. “But we knew we weren’t playing our best game and we were just frazzled and we just needed to regroup and refocus and just know that it’s our home court, we’re not going to let them beat us.”

A Nigro basket off a drive had the Jems within 21-17 before Coleman ripped off seven straight. Dylan Burke hauled in an offensive rebound then kicked the ball out to Coleman for a 3-pointer and a 24-17 lead. Coleman connected on a jumper from the foul line then buried a pull-up jumper, pushing GMA’s advantage to 11 heading to the fourth.

“Sofia’s a kid who can take it to the hole, she has an unbelievable pull-up, she obviously has the range from the three,” Lonergan said. “And she gets her rhythm going, you’re exactly right, she got that going in the second half.”

Two Austin free throws at 7:03 in the fourth had the margin at 28-19 before Burke scored on a putback and Bianca Coleman converted a pair at the line to give Gwynedd Mercy its largest lead at 32-19 with 6:02 remaining. The Jems could not pull within single digits again until a Nigro’s trey made it 36-27.

A Joniec free throw put Villa Joseph Marie ahead 14-11 at 6:15 in the second quarter but a Sofia Coleman basket after an offensive rebound and two Maddie Newell foul shots at 1:52 had GMA leading 15-14 at halftime.

In the third, a Burke putback, Sofia Coleman’s reverse layup and a long Griffin two-point jumper made it 21-14 Monarchs.