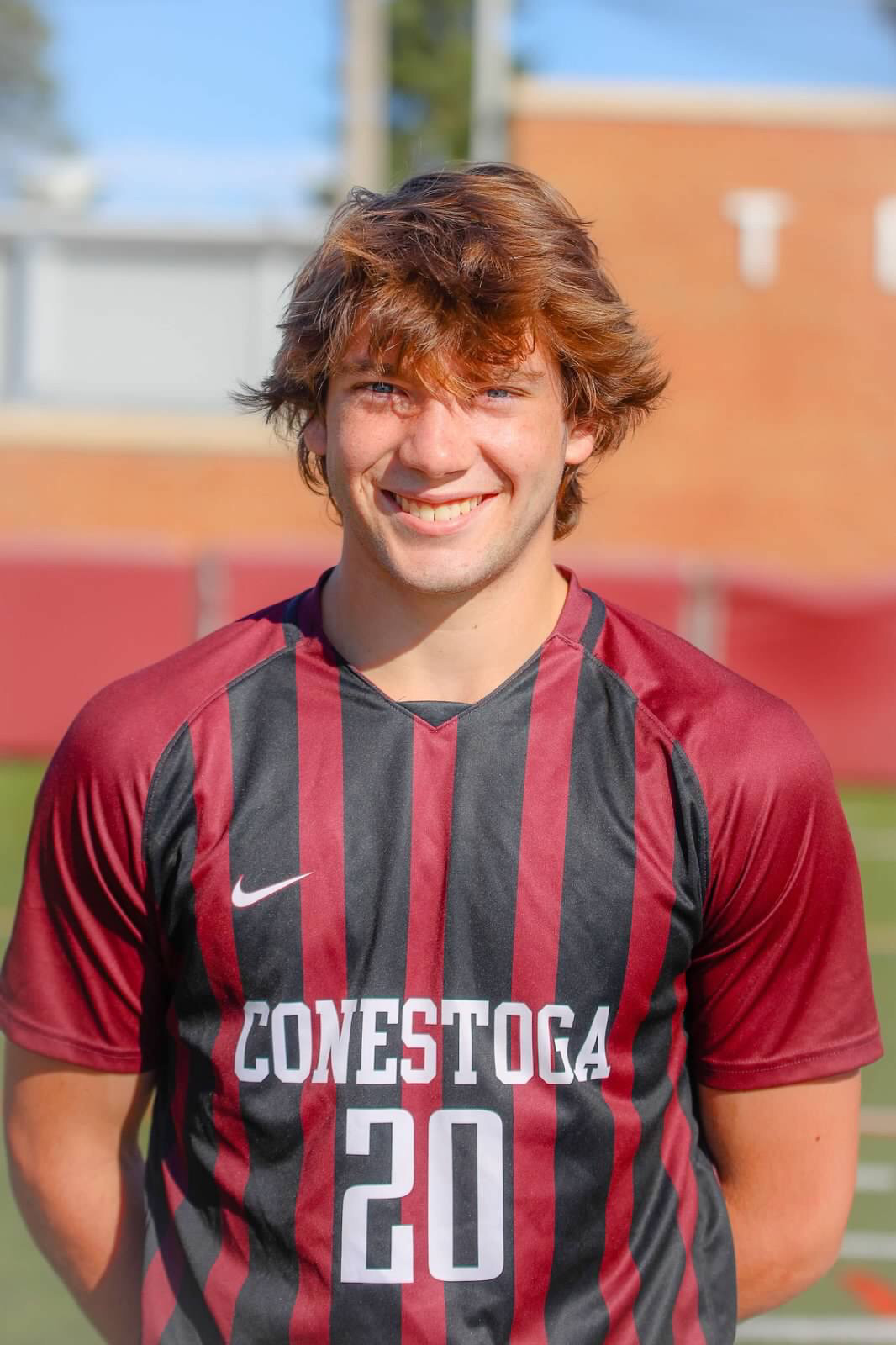 The senior midfielder was recently named the Pennsylvania Large School Boys Soccer Player of the Year. Other honors he received this fall are Central League Most Valuable Player, All-Southeast Pennsylvania team, all-state team and Regional All-American. He tallied 13 goals and 11 assists for the PIAA 4A state champion Pioneers, who compiled a perfect 26-0 record this past fall. Off the pitch during the past year, he has invested in the stock market as a hobby and spends most of his free time researching stocks. Conestoga boys soccer head coach Dave Zimmerman said, “Sebastian combines many qualities that make him an elite soccer player.  His combination of size and speed make him very difficult to defend.  In addition, Sebastian excels at keeping a ball and rarely loses it.  Furthermore, he has very quick feet and excellent touch on the ball which makes him a dangerous 1v1 take on artist.  Finally, Seb has a deadly shot both in the run of play and in direct kick situations.  He can generate power and can place the ball precisely.  As if all of that weren’t enough, Sebastian is the hardest working player on the team both in practice and in games.”

A: My most important soccer mentor is my Dad. I learned the entire game of football (soccer) from him – he introduced me to the game around the age of 6. The most important thing I learned from him is to play like a Spaniard, with quick passes, mastering your first touch.

A: I feel like the strongest aspect of my game is my change of speed. And I am working on my finishing.

A: In college I’m going to major in environmental science and I want to use soccer as a job for most of my life.

Favorite movie: One Flew Over the Cuckoo’s Nest.

Pre-game preparation: “On game day I usually have a smoothie and bagel with egg. In the locker room I usually am quiet and listen to the song Mas Que Nada.”

People I admire most: “My parents, Paul Tis and Larissa Comis. My stepdad, David Swartz, also has been a big mentor to me.”