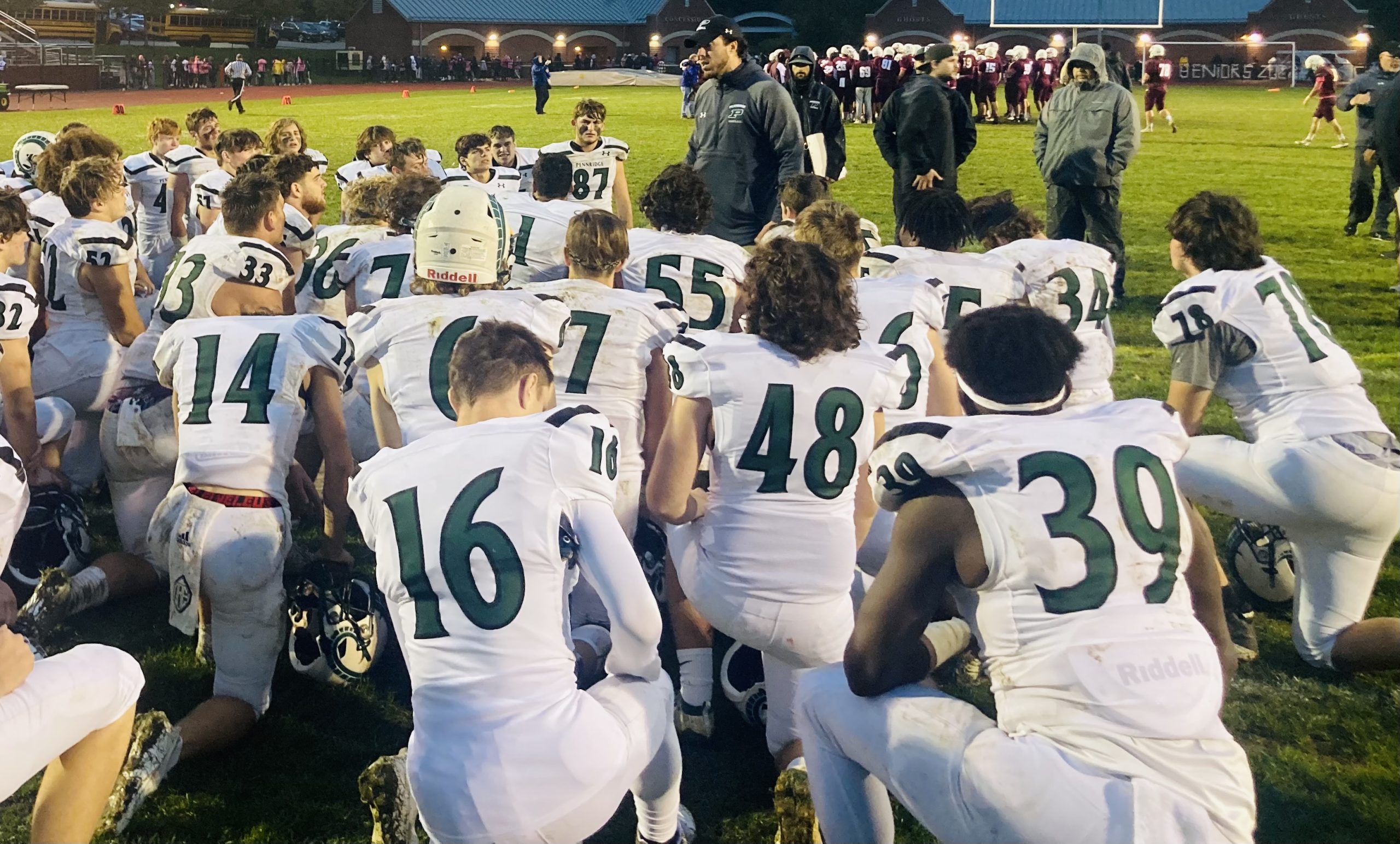 Two rivals will square off on Thanksgiving Day, hungry to end their tremendous seasons on a good note, as Quakertown travels to Pennridge’s Helman Field for their annual Turkey Day battle.

The Rams come into this contest at 7-4 overall and 5-2 in the Suburban One League National Conference. Pennridge reached the District 1-6A Playoffs, falling to Central Bucks West in the first round, 19-17, on Nov. 5.

Quakertown enters at 12-1 overall and 7-0 in the SOL Continental. The Panthers reached the District 1-6A Semis, falling to Garnet Valley, 58-39 last Friday.

Pennridge has had a diverse ground attack all year, with Brennan Fisher, Tyler Wetzel, Phil Picciotti, Nate Mossbrook and Brayden Landherr all making significant contributions. Picciotti has also keyed a rock-solid defense for the Rams.

Fisher had two touchdown runs in the loss to West, including a 56-yarder.

Quakertown quarterback Will Steich will lead the Panthers against Pennridge on Thursday. Kev Hunter, MediaNews.

Quakertown quarterback Will Steich threw for 302 yards in the loss to Garnet, and the versatile Tyler Woodman again factored heavily into the offense’s success.

Both teams would love to cap off their seasons with a victory over their arch rival. Pennridge has won the last five meetings between the two squads.

History >> It is the 92nd Annual Thanksgiving Day Game between the two, dating back to 1930.

The rivalry has been played uninterrupted every Thanksgiving morning since 1930, with the exception of the 1989 game, which was postponed two days due to a snowstorm.

Pennridge’s Wayne Helman (after whom the stadium is named) had the most coaching wins in the series, going 18-8 from 1955-80.

Last meeting: Pennridge won a year ago, 21-14, at Quakertown.

Players to watch: Phil Picciotti leads the defense for the Rams and is a tough runner in the ground game as well. Quakertown quarterback Will Steich is coming off a 300-yard effort.