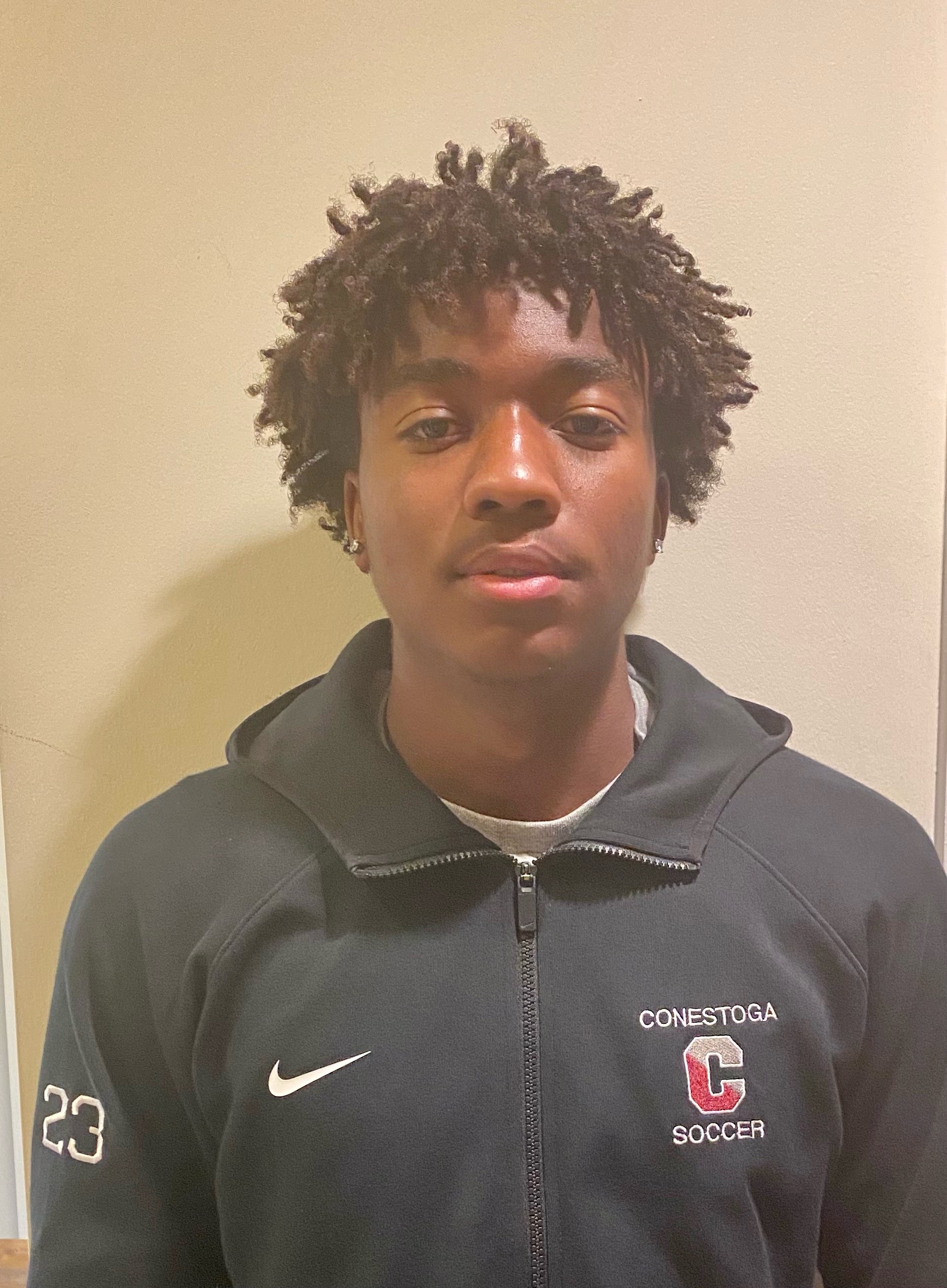 A senior center back and captain, Dorsey leads the Conestoga boys’ soccer team (19-0 as of Oct. 25) in goals scored with 11 and leads a defense that has given up only five goals in 19 games and just one goal in 11 Central League contests. Last fall, Dorsey was considered the anchor of the Pioneers’ defense as well, and was a first team All-Main Line and a second team All-Central League pick. Dorsey is noted as a fast, skillful center back who controls the ball on the ground and in the air. Off the pitch, Dorsey is a member of SADD (Students Against Destructive Decisions) and the African American Student Union at Conestoga.

Q: What originally attracted you to the center back position? How do you see your role as the leader of the defense?

A: The strongest aspect of my game is my versatility. I’m a player who can adapt and play anywhere on the field. The part of my game I need to improve on is my technical ability in short spaces.

A: The biggest key to my scoring success has been my mindset. I’ve always believed in my abilities in being able to put the ball into the back of net.

A: My biggest soccer mentor is Jeremiah White – he taught me the value of consistency. The greatest athletes perform at their peak always in a consistent basis.

A: I hydrate a ton before every game and eat small balanced meals consisting of fruits and vegetables. I make sure I stay off my legs as much as possible and stretch really well.

A: I’ve played for many clubs throughout my soccer career, starting my younger days at FC Delco up until now most recently I played for the Philadelphia Ukrainian Nationals. My favorite memory is from this year in the State Cup final – we were down 1-0 and made a comeback, and I scored two goals in the process.

A: Most likely I’ll major in something in the business field.

Favorite movie: Indiana Jones: The Raiders Of the Lost Ark.