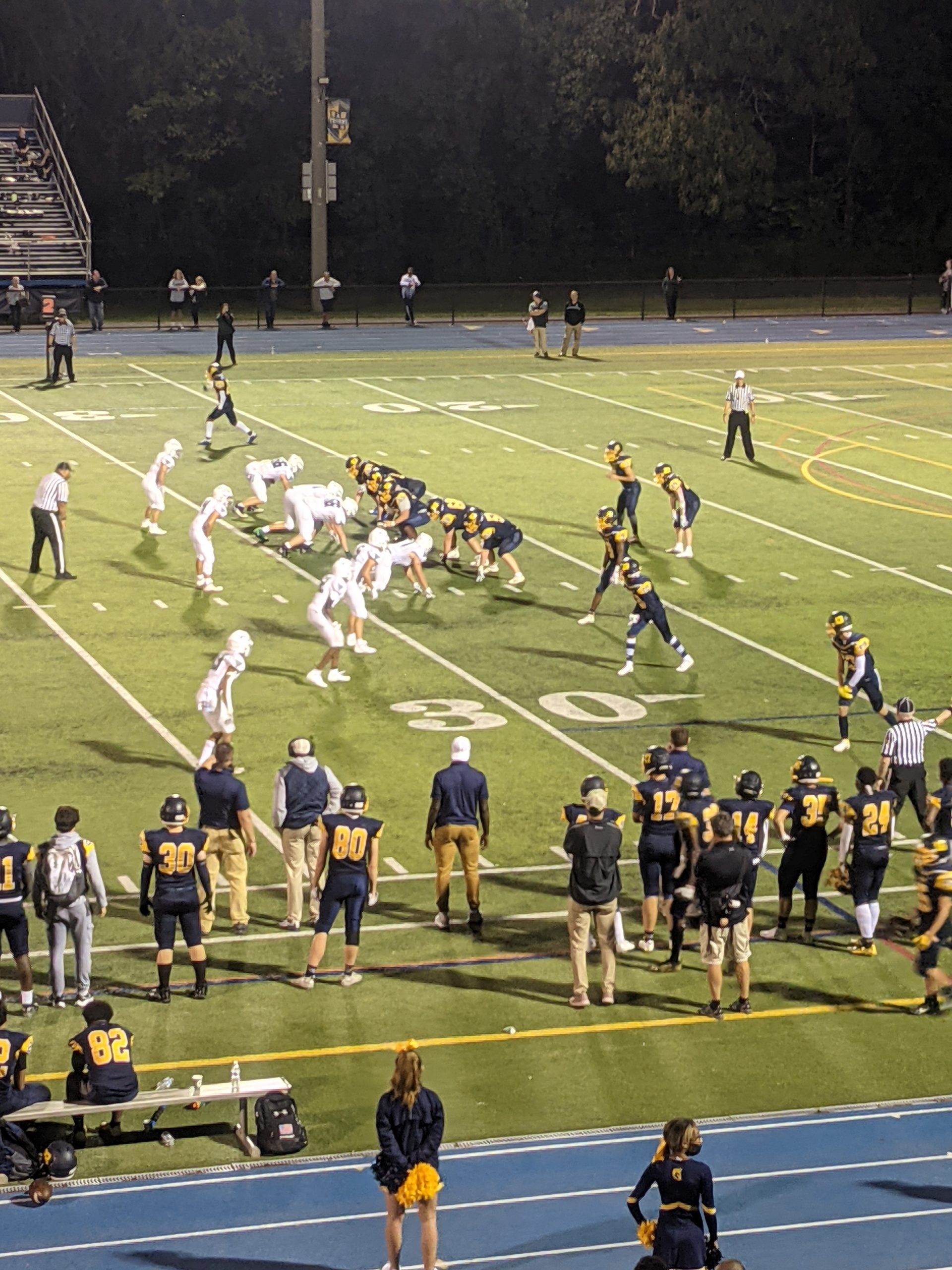 LOWER GWYNEDD >> Wissahickon running back Kyle Lehman had been here plenty of times before.

It was a chilly Friday night in September, and Lehman was one of the best players on a football field. This was nothing out of the ordinary. Despite the Trojans’ 35-27 loss to Methacton, Lehman tallied 175 total yards and three touchdowns.

The days leading up this, however, were anything but ordinary. Lehman had a decision to make, and he had options. Because, as accomplished as he is in football, he’s even better at lacrosse.

“I don’t like to brag, but I actually had 34 Division 1 (lacrosse) offers the first day,” Lehman said. “I got offers from most of the Big 10 schools, ACC schools and a lot of other schools.”

Lehman is a five-star lacrosse recruit and made a name for himself by winning MVP at the Maverik Showtime, a three-day showcase event held in New Jersey each summer for the best young lacrosse players in North America.

While having top programs covet you is flattering, Lehman is glad the process is over.

“There are a lot of emotions, and a lot of relief as well,” Lehman said, “I was super stressed out when September 1st hit because a lot of schools were contacting me. But, once I committed, I was really happy with how I made my decision.”

When it came time to make a decision, Lehman was deciding between Penn State and the University of Maryland. Either way, he was keeping alive somewhat of a family tradition. Lehman’s dad played lacrosse at Penn State, and his mom went to Maryland.

“Those were my two dream schools,” Lehman said. “What it came down to is I took a visit to Penn State. I really loved it, and they offered me a good scholarship. I’ve always wanted to go to Penn State.”

Lehman said he generated some interest from college football programs as well, but he disregarded them. He was committed to playing collegiate lacrosse. Football, however, only helped to contribute to his budding success as a lacrosse player.

“Football gave me a mental awareness and it toughened me up,” Lehman said. “It got me ready for lacrosse each year. Some of the moves I learned in football I also use in lacrosse. Overall, I think football was a really good way for me to get recruited for lacrosse because coaches saw I can play other sports and not just lacrosse. Football is very important to how I got recruited to Penn State.”

In his Wissahickon football tenure, which began in 2018, the Trojans have a combined record of 6-23. Lehman, however, believes the surface results are misleading.

“At Wissahickon, we have all the key components,” Lehman said. “We have great coaches. We have great students that are very supportive. Overall, (Wissahickon) pushed me to be the best player I can be.”

Bruce Fleming, the head coach of the football program, began his first year on the job when Lehman was a freshman. Year by year, Fleming has had a front-row seat of his star running back’s development.

“(Lehman) had been tremendous,” Fleming said. “He first started playing football in eighth grade. Each year, he just gets better and better. And, it translates to what he does on the lacrosse field as well. He’s a dynamic back. I feel personally that he’s the best back in our league. A lot of teams are going to make it a key to stop him, which is going to force (quarterback) Aidan Defeo to make some plays, which he has been doing. It allows our receivers to open up things even more.”

Following the big decision to head northwest to State College, celebrations were in order.

As for the game itself, Methacton stopped the Trojans 35-27. Halfway through the first quarter, it seemed as though Wissahickon was on the path to notching its first win of the season.

Trojans head coach Bruce Fleming was frustrated, knowing it was a winnable game. The Trojans got off to a quick 14-0 lead following a safety and two touchdowns, but Methacton quickly adjusted.

“We made some mistakes offensively and defensively to allow them back into the game,” Fleming said. “I mean, we can’t put up 27 points in a half and not be able to do something in the second half. We have to play both halves. We can’t play one half of football.”

Aside from execution, injuries played a part as well. The Trojans had several players leave with injuries of varying degrees, perhaps most notably wide receiver Chase Bethea, who had 3 catches for 39 yards before departing from the game early in the second half and not returning. He was hobbling on crutches following the game. Quarterback Aidan Defeo also left the game in the fourth quarter as the Trojans were attempting to mount a comeback, but he quickly returned after missing only one play.

“It’s one of those things where injuries started to pile up in the second half and we are getting a little thin into our depth there,” Fleming said. “We tried to trust some young guys to step up and play with the varsity guys.”

As far as determining how long Wissahickon may be without some key starters, Fleming said it is a wait and see approach.

“It’s hard to say right now,” Fleming said. “Once the night goes on and the adrenaline drops, we’ll check in on guys tomorrow morning. We’ll see how they feel and then we’ll be able to figure out what’s long-term or just a minor tweak.”

Methacton, to its credit, did not lay down once it fell behind early. Wissahickon seemed poised for a big win and the hometown bleachers were rowdy. But, momentum shifted when Warriors wide receiver Khaydon Smith fielded a kickoff and returned it for a touchdown, cutting the Wissahickon lead to 14-7. The shift in energy throughout the stadium was palpable.

The Warriors managed to keep the game close and then proceeded to dominate the second half, outscoring Wissahickon 21-6 in the final two quarters. They were led offensively by quarterback Dan Brandi and wide receiver Brian Dickey, two seniors who took charge and proved to be game-changers. They were too much for the Wissahickon defense to handle down the stretch. Dickey had two touchdowns in the game, including a 28-yard touchdown reception that put the Warriors up for good.