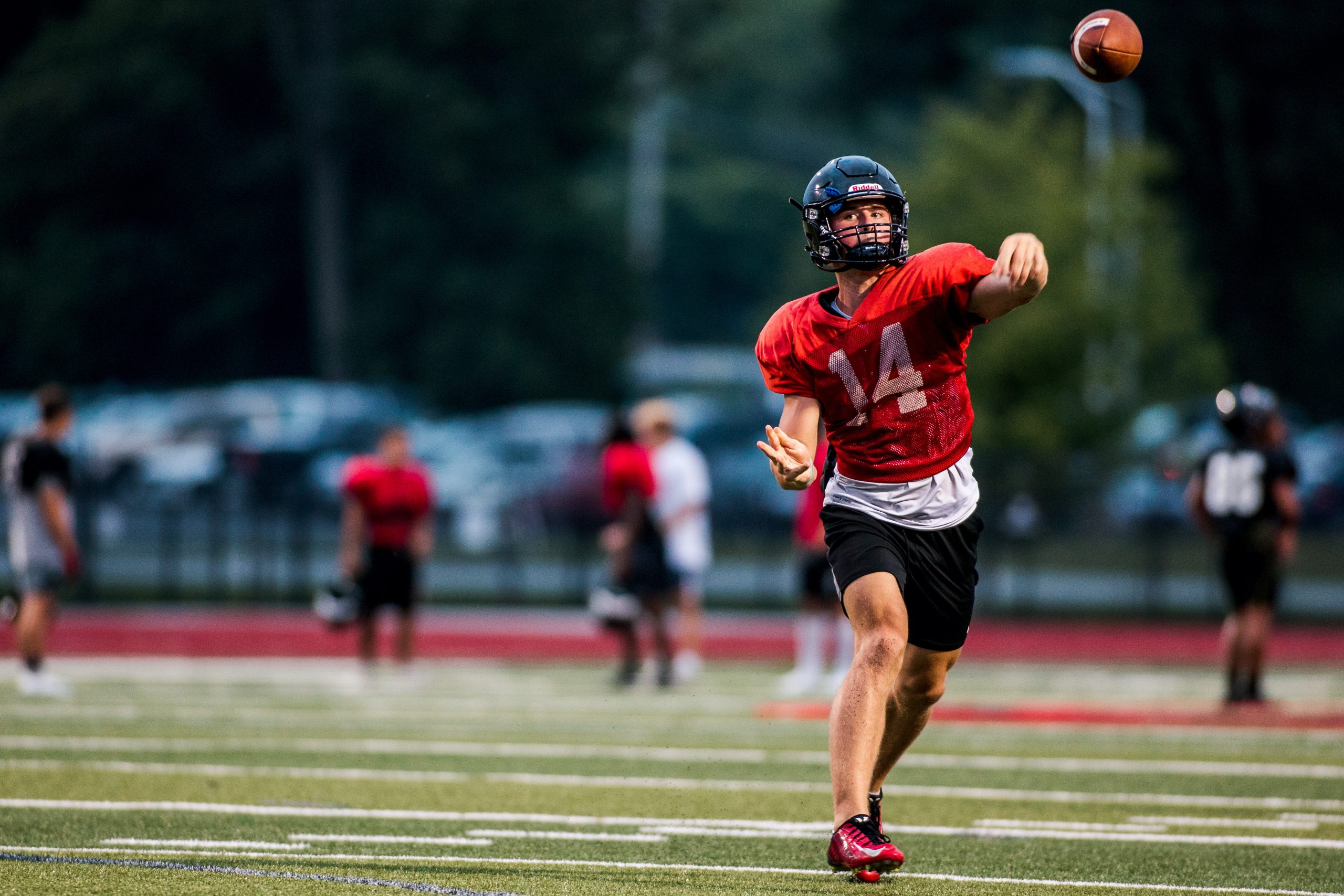 COATESVILLE >> The bus taking the William Penn high school football team to Coatesville for Friday’s nonleague game was stuck in traffic and arrived about 45 minutes before gametime. Their offense, however, was right on time and worked overtime.
Star running back Jahiem White ran for 231 yards and two touchdowns and quarterback Sam Stoner threw for 309 yards and four scores as the Bearcats (2-1) upended the Red Raiders, 44-39, to hand them their first loss of the season after two wins.
“We came here, we got stuck in traffic, got here at 6:15, so we basically got off the bus, warmed up for 20 minutes and played football,” said York High coach Russ Stoner. “Maybe, we’ll start doing that more often. This was one of the best wins I’ve had since I’ve been here.”
York has scored over 40 points in all three games as they won for eighth in 26 games against Coatesville all-time.
The loss dulled the impact of junior QB Harrison Susi, who has a spectactular night in his own right, running for 250 yards and five touchdowns.
York was leading, 24-19, at the start of the third quarter, when the Red Raiders took the second-half kickoff and marched 55 yards. Susi bowled in from the six to make it 26-24.
The Bearcats had a scare toward the end of the third quarter when White limped off the field after an 11-yard game. White tweaked his ankle, but returned to the game.
“Tweaked my ankle,” said White. “But, I had to come back and help my team. It’s a little sore, but I’ll be okay.”
York took the lead for good, three plays into the fourth when Stoner hit Jacquez Simmons in the flat, and he took it in for the 18-yard score and a 32-26 advantage.
Coatesville immediately threatened again, thanks to a 38-yard run from Susi. But, the drive faltered, and they turned the ball over on downs at the York 22.
York went on another long scoring march, going 78 yards in 12 plays, White punched it in from the four to make it 38-26 with 4:44 left.
The pendualum swung back to Coatesville and they make the faithful believe again as they Susi ran it in from the 11 to cut the deficit to 38-33 with 2:04 left.
After York recovered a onside kick, White provided the decisive blow as he rambled 52 yards on the first play for a 44-33 lead with 1:49 left.
“It was the same zone play we used all night,” said White. “The line blocked great and I hit the hole. Not many people thought we were going to win, so we had to prove them wrong.”
Susi added his fifth TD of the night late in the game to bring the scoring to its conclusion.
“When you face a talented team like them, your deficiencies, the things you need to work on, gets exposed,” said Coatesville coach Matt Ortega. “It puts too much pressure on offense to play a perferct game, and they were pretty close to playing a perfect game. My kids battled their tales off, there’s a lot of football left.”
The Red Raiders now turn their attention to the Ches-Mont National Division, when they open play next week at Avon Grove.