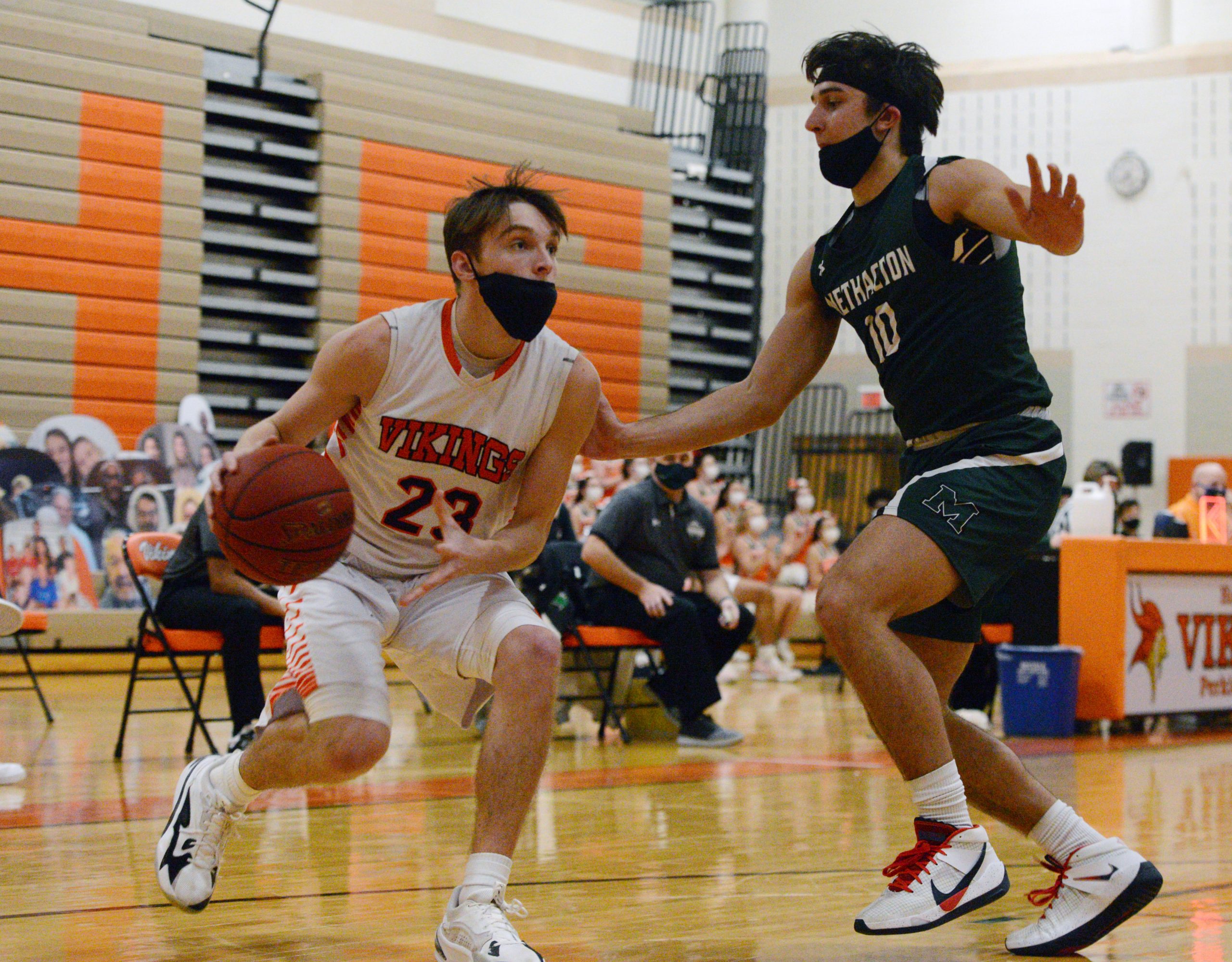 PV went into the fourth quarter ahead 44-26 but the Phantoms made a late push that fell short.

Phoenixville (6-1 Frontier, 7-2) was fueled by PAC leading scorer Mike Memmo’s game-high 24 points and 15 from Will Allain.

Skrocki collected 22 points to help SF open a 25-12 halftime lead, then put the game out of UP’s reach in a 16-6 fourth quarter.

Methacton had a strong defensive effort led by Mike Merola, Ryan Baldwin and Brett Byrne. Cole Hargrove led all scorers with 17 points, Byrne had 10 and Ryan Baldwin chipped in with eight.