Central League championships not normal, but Radnor’s Cullen, Haven’s Yancey will take it 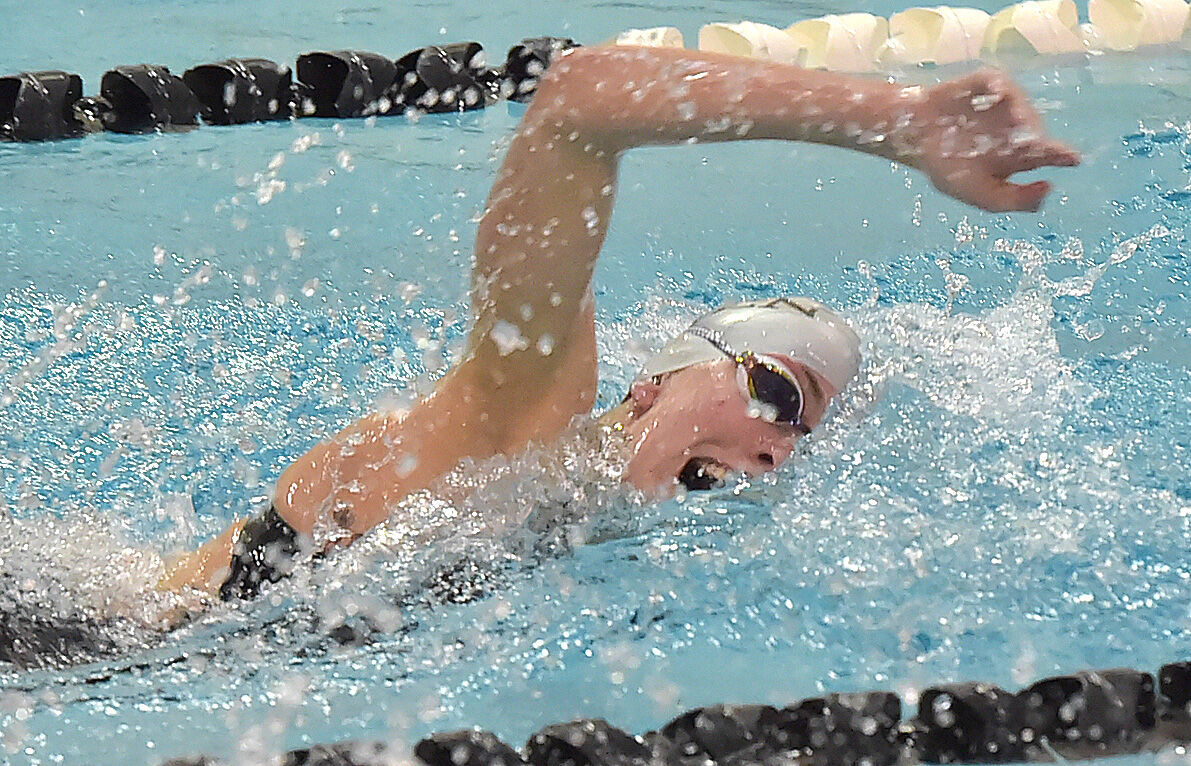 NETHER PROVIDENCE — It’s been about a year (49 weeks, but who’s counting?) since the COVID-19 pandemic brought high school sports to a halt around here. For PIAA sports, that fateful Friday ended the swim season, the second day of the Class 3A state championships, the final PIAA event for the academic year.

As the postseason rolls around for 2021, swimmers are getting a crash course in how business-as-unusual things are, starting with this week’s Central League championships.

In normal times, Centrals is a two-day meet, held at Radnor, where 12 teams converge for four sessions, morning and afternoon, across two days. In COVID times, the championships diffuse to four sites of three teams each, one session, girls on Friday, boys Saturday. To even the playing field, concocted breaks are inserted to remedy the lost night of sleep to regroup, plus a limit of four swimmers (three relays) per event, to alleviate the disadvantages of swimming in slower, outer lanes.

It’s not ideal, but then what is these days?

“When we walked in, we were like, wow, this is such a different environment,” Radnor junior Casey Cullen said at the team’s slice of the meet at Strath Haven, alongside Springfield. “Last year and freshman year, everyone went crazy and there was a lot of different music and everything. So I think trying to keep a good energy going and really cheering on the team was really important because it’s already at a lower level than normal. We had to bring it up a little. But our team is really energetic, so I think we did a pretty good job of keeping everyone with it.”

Centrals is normally the table-setter for the postseason; this year, it sets the template for how abnormal things will look. The District 1 championships will be held at noted District 1 outpost York YMCA on a similar one-day timeline: Class 3A girls next Friday, Class 3A boys Saturday.

Individual entries are limited to the top 16 in each event, with 12 relays. Gone this year are automatic time cuts, which means swimmers like Cullen leave Centrals guaranteed nothing.

Like everything else, in a world of mask-wearing and Zoom-schooling, swimmers are getting used to it. Friday, that meant dealing with a slightly more sedate atmosphere at Haven than the packed and very-un-social-distanced norm.

The partition of the meets still permitted some exciting racing, and the qualification uncertainty upped the urgency. The 200 freestyle, for instance, pitted three swimmers who made states last year in Cullen, Yancey and Haven’s Sydney Bergstrom. All had secured district consideration cuts but looked to solidify their spots.

Yancey took the race out fast, while Cullen kept her in her sights before working the third 50 to win, dragging Bergstrom, the consummate distance swimmer, with her. Cullen was first in 1:53.51, two seconds faster than her seed time. Yancey dropped more than four and a half seconds to 1:54.14, a personal-best for the Gettysburg College signee. Bergstrom trimmed seven seconds to 1:54.19.

“That was great,” said Cullen, who like Yancey and Bergstrom have been to states each of the last two years. “I normally tend to take my races out slower, so having them out ahead of me in the beginning, I try not to panic but it pushes me to try to catch up and really attack the back half of the race.”

“I was hoping it’ll make me do good and make me drop time, because swimming them is the best,” Yancey said. “… I just wanted to take it out and see if I could hold that to get a best time, and that’s what I tried to do. I tried to stay with Casey and Sydney the whole event, basically.” That race would prove to be the cream of the crop in the Central League, though it would require pooling results from the satellite meets to confirm. Yancey also ended up with the fastest time and de facto league title in the 100 free at 52.89, the next fastest (Marina Wang of Radnor in 53.63) also from the Haven section. Bergstrom was likewise quickest in the 500 at 5:03.09.

Springfield won two events at the tri-meet, with Mary Kubiak taking the 100 backstroke in 58.49 and Alena Chung besting a crowded field in the 100 breaststroke in 1:12.02, but the times were fourth and eighth, respectively, in the league.

That last swim, with Yancey leading off, earned Haven a district consideration cut. It also earned Yancey a couple of extra days of worry to see if they’ll get another swim to cap a most unusual year.

“Coming into my first meet, I didn’t do my best,” Yancey said. “And down the road, I eventually dropped time. And my two events today were my best I’ve ever done throughout the years. … It’s pretty stressful but I’m hoping the time from today will get me in.”