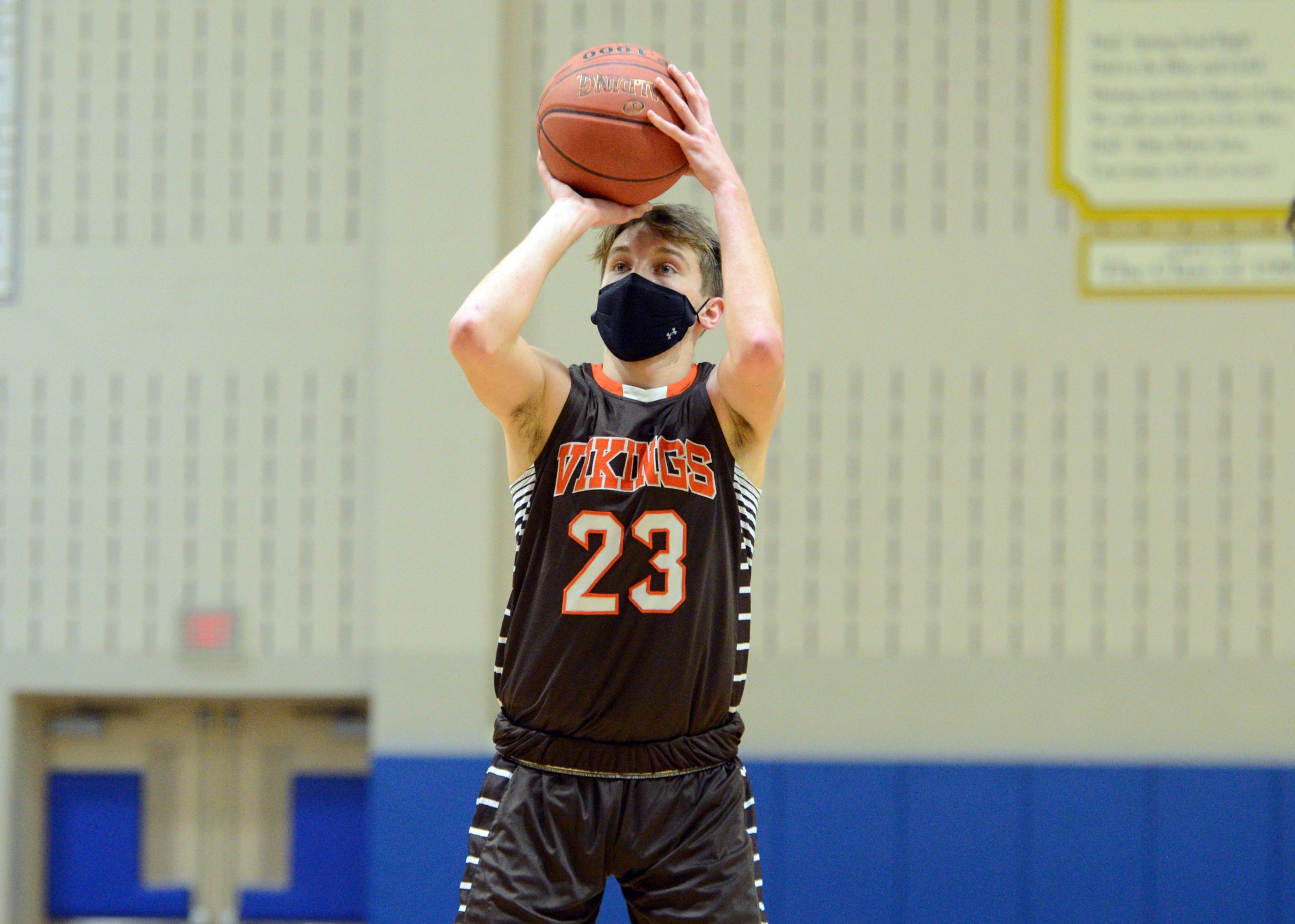 Perkiomen Valley 54, Pottstown 53 >> After falling behind in the first quarter Wednesday, the Vikings came on strong enough to overtake the Trojans and win their PAC divisional crossover game.

With Tyler Lapetina and Dominic Miceli each hitting for 17 points, PV erased Pottstown’s initial 12-4 lead with Kameron Parks adding another 10. Corey Cottman claimed a share of game scoring honors for Pottstown with 17, heading a trio of double-figure scorers that included Jahzeel Watson (15) and Niles Bunn-McNeil (11).

Methacton 53, Boyertown 39 >> Brett Byrne scored a game-high 24 points to lead the Warriors past the Bears in a PAC Liberty game Wednesday.
Cole Hargrove kicked in with 14 rebounds and four assists for Methacton, which got another eight boards from Ryan Baldwin. Tre Deguglielmo led the Bears with 13 points and nine rebounds, and David Leh kicked in with another 10 points.

Spring-Ford 80, Upper Merion 8 >> Emily Tiffan headed a quartet of double-figure scorers that set the tone for the Rams’ PAC divisional crossover romp over the Vikings Wednesday.

Tiffan hit for 20 points in helping Spring-Ford bolt to a 39-1 halftime lead. Anna Azzara followed with 11 points, and Kylie Lee and Katie Tiffan each added 10.

Smith had 10 rebounds to go with her 12 points, one of three Methacton players to score in double figures. Nicole Timko led the way with 20 points, one night after going over the 1,000-point career mark, and Tori Bockrath kicked in with another 10.

Aubrie Breisblatt got game scoring honors for Phoenixville, hitting for 25.

Alexa Vogelman kicked in with another 14, and Gabbi Koury added 11, as Roberts went into the fourth quarter up 68-15. Hannah Keeney had 14 points to head Upper Perk.

Perkiomen Valley 67, Pottstown 41 >> The Vikings had four players in double figures as they defeated the Trojans in Wednesday’s PAC divisional crossover action.

Jennifer Beattie was leading scorer with 20 points, Naiya Daisey and Emma Miley both scored 15 and Ella Stein added 10 points toward the effort.

Jenna Heasley scored 13 points for Boone, which got another nine from Allyson Boyer.

Spring-Ford 75, Pope John Paul II 3 >> The Rams swept the two contested weights with the Golden Panthers, added in forfeits in the other 11 brackets and came away from Wednesday’s PAC divisional crossover match with their third shutout of the season.

Zach Needles scored an 8-4 decision on Alan Alexander at 152, and DeJuan Francis added a pin at 215 to run their league record to 9-0 on the winter. At 4-0 in the Liberty Division, they are the league’s lone unbeaten program.

Francis McCoy’s pin at 215 negated the 11-4 decision Alan Alexander posted for PJP at 160.

Methacton 104, Boyertown 69 >> Madison Wimmer won a pair of individual races to key the Warriors’ victory over the Bears in Wednesday’s PAC meet.

Wilson 2, Daniel Boone 1 >> Though they had a 2,822-2,809 edge in team scoring, the Blazers were topped by the Bulldogs in Wednesday’s Berks League match.

Alex Horton rolled a 698 series for Boone that was high score overall. Josh Hart followed with a 598, and Evan Miller 542.

Daniel Boone 3, Wilson 0 >> The Blazers rode a 2,157-2,139 advantage in team scoring to Wednesday’s Berks League victory over the Bulldogs.
Kristin Fitzcharles was Boone’s top scorer with a 519 series.

Methacton brings its own energy in road win over Boyertown
Owen J. Roberts mounts come back over Upper Perkiomen