Pennridge is Ram tough in the fourth, tops CB South 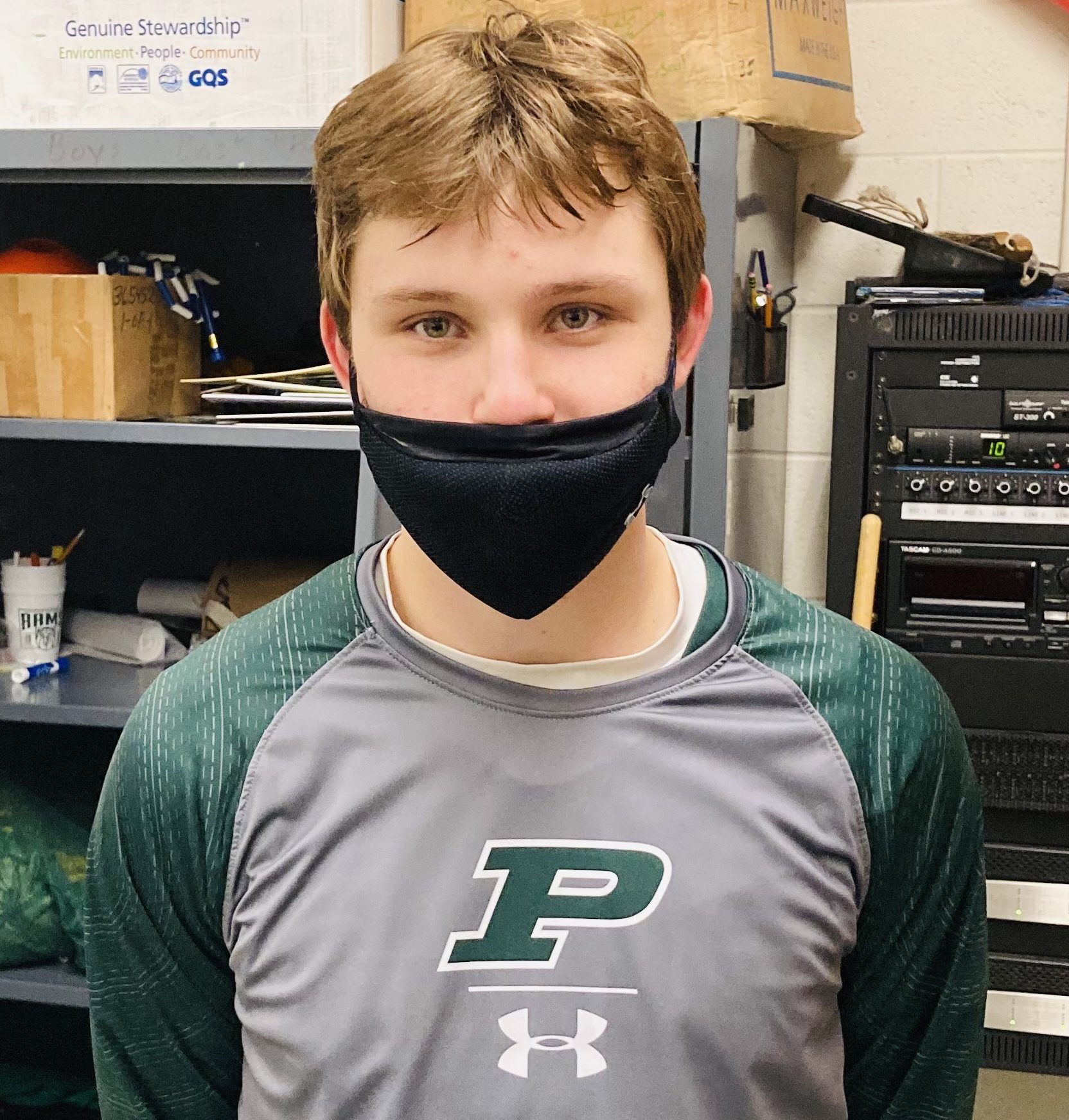 Colin Monahan's 13 points were a team high for Pennridge in its win over Central Bucks South on Tuesday, Jan. 26, 2021. (Kev Hunter/MediaNews Group).

The Rams withstood a dizzying variety of defenses that Central Bucks South trotted out, including a one-two-two full court, a 1-3-1 and a 1-1-3 half court defense.

Pennridge got a solid game from sophomore guard Matthew Campione, who was making his first start.

And the Rams put things away with a pair of clutch free throws by Colin Monahan with 24 seconds to play.

“We’re getting our momentum, for sure,” Monahan said after the contest.

Pennridge clamped down for a 48-43 victory over CB South in a Suburban One League Colonial Division game, raising its record to 4-3.

“That was two teams who played as hard as they could,” Rams coach Dean Behrens said. “The energy and the effort was awesome.”

Monahan scored the team high for Pennridge (3-2 Colonial) with 13 points. Campione and Luke Yoder each had 10 and Colin Post added nine.

Pennridge also did a tremendous job defensively, holding the Titans (2-3 Colonial) to nine points in the decisive fourth quarter.

“We felt that (in a loss to Souderton on Friday) that we struggled a little bit defensively, rebounding wise,” Monahan said. “So we really wanted to focus on the defensive end.”

After the two teams were deadlocked at 34 apiece after three, a pair of baskets by Post had Pennridge in control.

Campione nailed a three and Monahan scored inside, and the Ram lead was 43-39 midway through the fourth.

“We wanted to work the ball around, get everyone open, move off the ball,” Monahan said. “We really have to get post touches because that opens things up and then we’re working inside and out and getting good touches.”

A three by Yoder had Pennridge feeling good at the three-minute mark, up 46-42.

“We kept our composure,” Behrens said of the final minutes. “We didn’t turn the ball over. We did a good job of handling their pressure.”

Leaning on their three captains, Monahan, Yoder and Post, and with Campione displaying a great deal of poise, the Rams aimed to close things out.

A couple of key defensive stops along with Monahan’s free throws with 24 seconds left made it 48-43 Pennridge.

Yoder grabbed one more defensive rebound with 14 seconds left to ice it.

“We have a big game against East on Friday and we had a tough time against them the first time,” Monahan said. “So we’re looking to come back.”

Tight first half >> Campione got the Rams going early, hitting a jumper and then a three to put Pennridge in front.

“I thought he played outstanding,” Behrens said. “He handled the pressure of this game like he was a veteran, like he’s been playing a year of varsity.

“He stretched the defense early on with his shots. I thought he defended well. He played tough.”

Yoder had a pair of baskets for the Rams and Michael Farley (game-high 14 points) was scoring inside for the Titans, as the two teams battled to a 9-9 tie in the final moments of the first quarter.

Post hit a three at the buzzer, providing the Rams a 12-9 edge after one.

It looked like the Rams might pull away, as the hot shooting coninued into the second quarter. A three by T.J. Grenda and a basket by Monahan stretched the Ram lead to 17-9.

But South battled back.

Joseph Rooney and Jay Macalindong each hit threes to keep the Titans close.

Monahan drove for two with about a minute left in the first half, and that was the difference when the teams headed to the locker room, with the Rams in front, 22-20.

South drew even by the end of the third but Pennridge won it in the fourth.