Finally back on mat, Owen J. Roberts debuts with win over Phoenixville 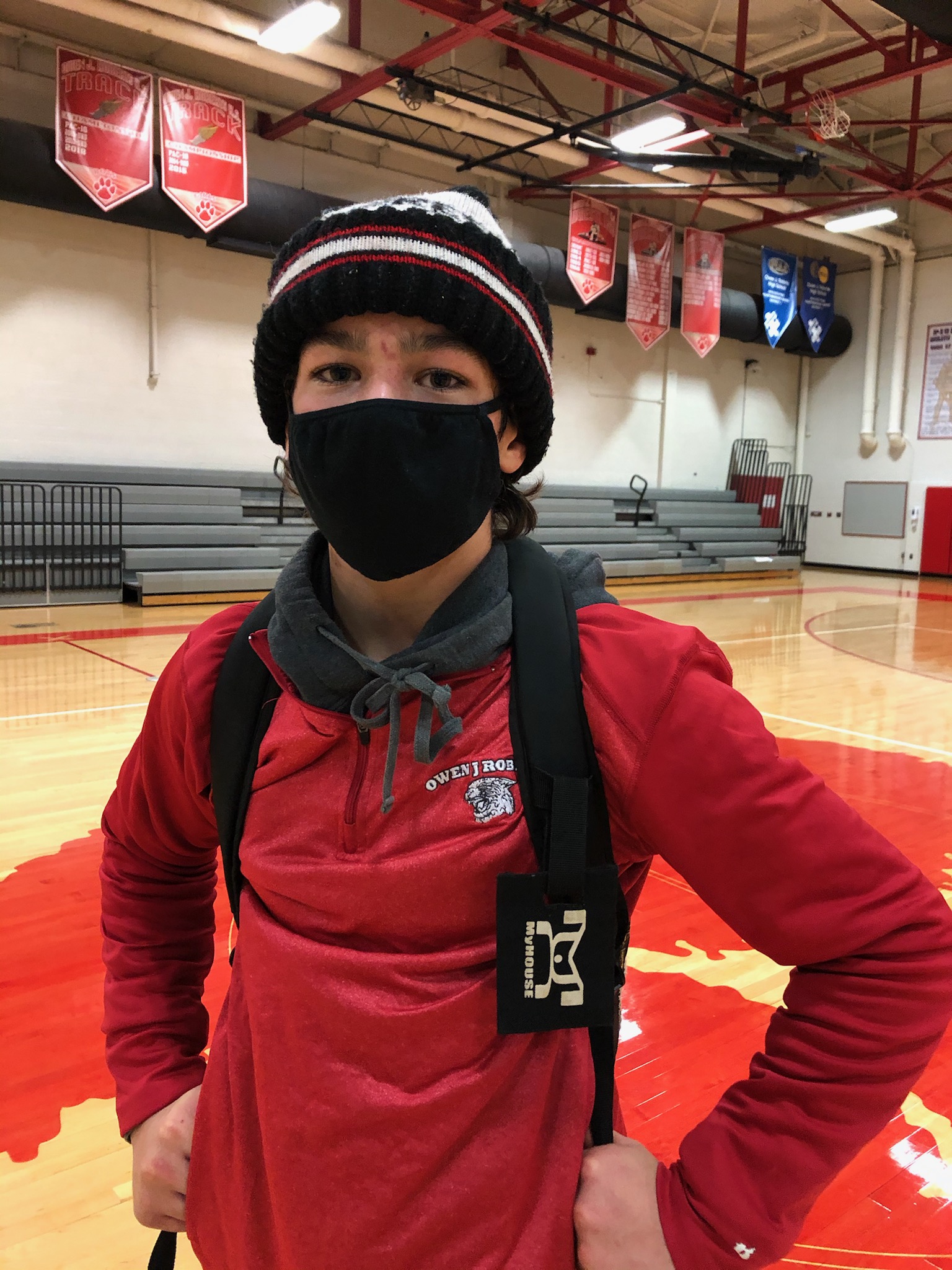 BUCKTOWN >> It’s gotten off to one of the most-delayed starts of Pioneer Athletic Conference teams.

Tuesday evening, while many PAC schools were logging their third or fourth matches of the 2021 season, Owen J. Roberts was facing off against an opponent for the first time. The Wildcats hosted Phoenixville after getting in the requisite three practices needed to be involved in inter-school competition.

Suffice it to say, Roberts wrestlers were chomping at the bit to get their match schedule going. They showed their desire by rolling up a 55-16 win on the Phantoms who, though remaining undermanned, acquitted itself well in the contested upperweight bouts.

“It was hard on the kids. They wanted to compete,” OJR head coach Steve DeRafelo noted. “Phoenixville came out and wrestled tough, which is what we needed.”

Like other schools, Owen J. had to endure the three-week, state-mandated shutdown prior to, and during, the winter holiday season. Then when things were opened back up in early January, health issues in the school prevented the wrestlers from working out as a team until this past Friday.

So the course of action was individual workout regimens and Mindset Principles, which address the sport’s mental side. With additional team workouts Saturday and Monday, the ‘Cats were raring to go.

“We were glad to get out there,” Sam Gautreau, an Owen J.’ freshman who capped the match with a 12-7 decision of Antonio Valenteen at 120, said. “I think, in the back of my mind, I knew we’d get back in.”

Three pins and a major decision through the first five weights — the match started at 126 — got the Wildcats off to a 28-point start. Phoenixville (2-2 overall) collected all its points in the next three weights before Roberts coupled Dante DeNardo’s pin at 215 with three straight forfeits to put the contest out of the Phantoms’ reach.

“The workouts got them ready,” DeRafelo said. “They gave them the chance to be ready.

“The mindset training got the kids mentally prepared … we were able to get the most out of the kids focusing on that.”

Though his grapplers had more match action (three) coming in, Phoenixville head coach Brandan Clark sees them possessing the same level of energy every time they go out on the mats.

“The kids seem to get excited every opportunity they get to wrestle,” he said. “Win, lose or draw, they bring the excitement and have fun, which is what we want them to do.”

After Jude Daly got Phoenixville on the scoreboard by winning at 160 on an injury default, Owen Koch rang up an 11-3 major decision at 172 and Kael Gilbert scored a first-period pin at 189. That got the Phantoms back in reach of the Wildcats 28-16, but DeNardo stemmed that run with his fall.

“I put in seven years with NorChester,” Gautreau said of his early experience with the sport. “I worked out with a lot of guys and my dad.”

Owen J’s opening surge started with Matt Englehardt posting a three-minute fall at 126. After Mason Karkoska was awarded a forfeit at 132, Mason Mazzerle needed just 43 seconds to pin at 138.

Bryce Schmoyer continued the surge with a 12-4 major decision at 145, followed by Jack Dalton pinning 1:45 into the 152-pound bout.

“We’ll have a 12-man team this year,” Clark said. “I find pride in that. The kids are willing workers who want to learn.”

NOTES >> DeRafelo is optimistic about the middleweight part of his lineup and its prospects for success. “The kids in the middle are going to be our best,” he said. … Gautreau on the Wrestling Mindset program: “It’s cool. It gives you the opportunity for self-reflection, and a lot of good perspectives.”