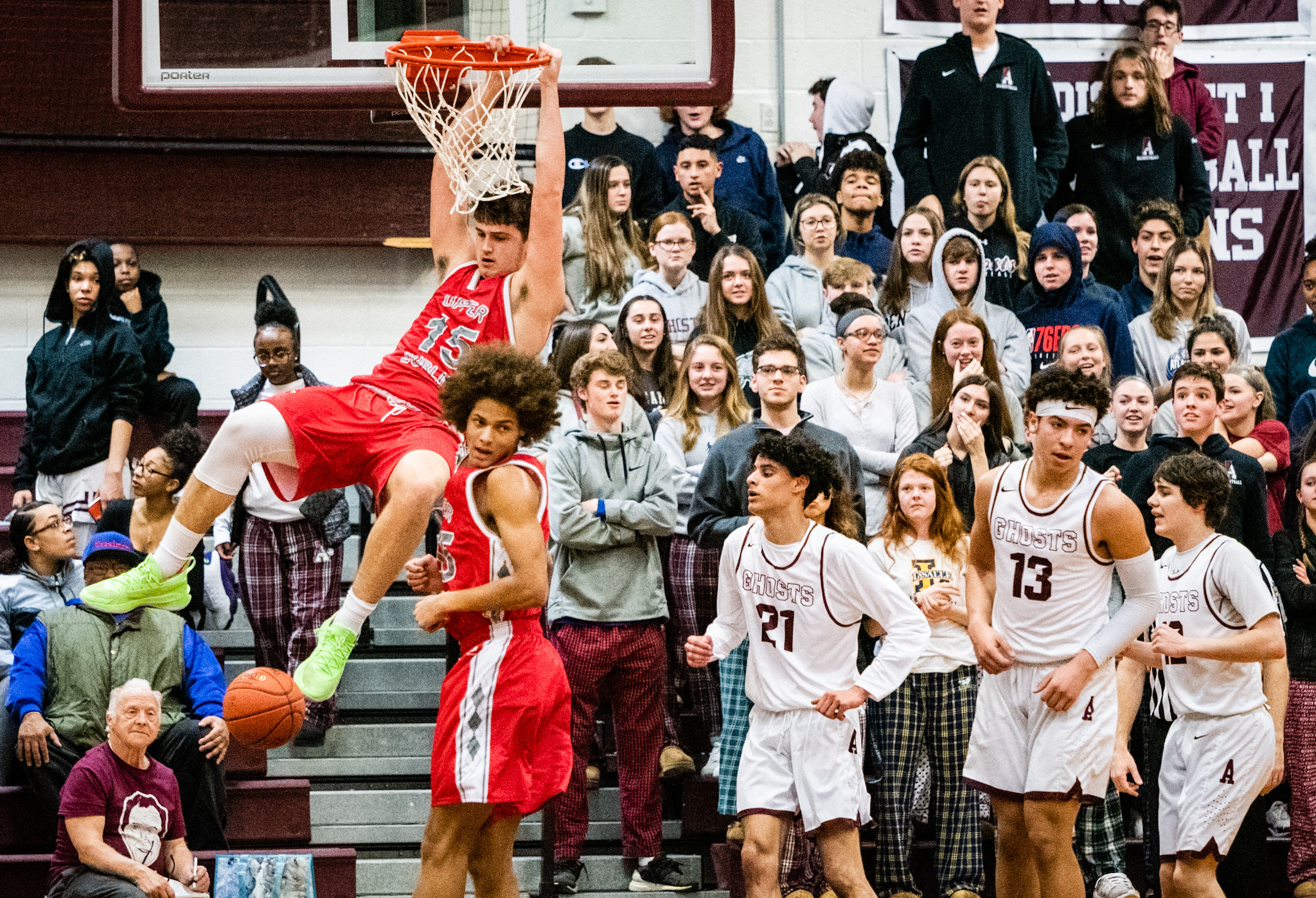 A handful of Reporter/Times Herald/Montgomery Media area boys basketball teams lost their chance at glory last spring when the COVID-19 pandemic shut sports down during the PIAA playoffs. Archbishop Wood, Cheltenham, Dock Mennonite Academy, Methacton and Pope John Paul II were all still competing for state championships when the season was stopped in mid-March.

It will be tough to get back to that point with new-look rosters in 2021, but these schools – and all others in the area – are going to try.

Archbishop Wood returns a core of four senior starters signed to play Division I basketball – Rahsool Diggins, Jaylen Stinson, Marcus Randolph and Daeshon Shepherd. Expectations are always high in Warminster and the Vikings are a favorite in the always-competitive Philadelphia Catholic League, which plans on starting play at the end of January.

PJP will try to end Methacton’s three-year run atop the Pioneer Athletic Conference. The Golden Panthers bring back some talent from 2020’s District 1-4A championship and PIAA quarterfinal team, including senior Justin Green and juniors Kevin Green and Jaden Workman.

Upper Merion finished 2020 strong to earn a spot in the PAC and District 1-5A playoffs. Experienced guards Lukas Kim and Ty Jones alongside sharpshooter Collin Bowman give the Vikings a chance to make some noise this year. Norristown was approved for participation in winter sports, but will remain in a delayed state until COVID numbers go down.

There’s plenty of returning talent in the Suburban One League.

North Penn’s Josh Jones returns for his senior season after earning Second Team All-SOL Continental honors in 2020. CB West senior Teddy Spratt was an honorable mention. These schools will be competing alongside Pennridge, a perennial contender that lost a lot from its 2020 state qualifier, and Souderton in the SOL Colonial Division.

In the Inter-Ac, Germantown Academy is led by Villanova commit Jordan Longino. Under second year coach Matt Dolan, the Patriots bring back some experience to compete for a league title.

Season outlook: “Despite some key losses, Dock expects to be competitive in the BAL and hopefully round into shape by districts.”

Season outlook: “We are excited about the upcoming season. The returning group has a ton of experience and excited to carry the momentum from last season. The Inter-Ac is always challenging and we look forward to competing in January.”

Season outlook: “In the short amount of time working with the players we have players with a good attitude.  We have a nice blend of seniors, juniors and sophomores to re-build our program.  The goal is to finish better then when we started.”

Season outlook: “A solid core of returning players committed to improvement after a challenging season and amidst unparalleled circumstances in 2020. We have a bounce and a fun group of returning ball players that will be strong in the backcourt led by starters, Sean Mizzoni and Jadan Welch. Look for Seniors Roan McCall, Emmet Tweh and brothers Cole and Will Krinvic to be valued stars in their roles.”

Season outlook: “Our first year back in the SOL after many years and looking forward to the competition.”

Season outlook: “We are looking to compete within the PAC. With our league only schedule, we want to focus on staying competitive within our league. Each game becomes more meaningful with the restrictions this year. Our division will be a tough, competitive one, but we believe Methacton to be in that tier competing for a conference championship.”

Season outlook: “Given what’s going on in the world today, we are just happy to have games on the schedule and are optimistic the kids will get the chance to play.”

Season outlook: To be successful Pennridge wants to build team chemistry, limit turnovers, limit opponents to one shot per possession, play solid defense and have consistent foul shooting. “There are many players battling for varsity minutes. We are looking for players to step up and prove they belong on the varsity level. Our goal is to win the Colonial Division of the Suburban One.”

Season outlook: “We have benefitted from our rebuilding season of a year ago, when we were an inexperienced, young team taking on a tough schedule and going through a lot of growing pains.  We return 12 players, 4 of whom were starters, and a deep bench that offers us the chance to diversify our playing style.  We are a much more experienced, confident, and hungry team that is setting the goal of putting our program back into championship contention.”

Season outlook: “We will lack experience but make up for it in toughness and will to win.”

Season outlook: “The first week of practice was very encouraging. Each player has been building a strong confidence in themselves and their teammates. We are looking forward to the start of the season.”

Season outlook: “We have loads of new faces this year – some coming up from JV, some from transfers. I’m expecting that we play very hard, compete, and get better every day.”

Season outlook: “As a team, the first time we saw each other was December 7th and the energy and enthusiasm had never been higher.  We have a group of guys who love the game and love to compete.  There will certainly be some cobwebs to brush aside, but we all will be grateful to get back on the court.  No matter what the winter schedule looks like, we will be ready to give all we have.”

Season outlook: “The goal of this season is to build off last season’s success, compete for a league title, earn a spot in district playoffs and make a run. We return a good group of core guys from last year’s team with a lot of others with varsity experience that can contribute at a high level. We will be leaning on our seniors to lead us this season, with the others following suit and stepping up when called upon. This group has worked extremely hard and I know they are hopeful to put together a memorable season.”

Season outlook: “We are excited for the season. Last year we had a difficult start (0-5). In the first two games, we lost Carmen Ostroski (back injury) for 4-5games and starter Josh Twersky for 14 games (Broken wrist). We showed a great deal of character with younger players fighting to get us into the playoffs and turning things around. Senior guard Matt Compas is primed for a big season and he has drawn a great deal of college attention. Jackson Intrieri, Stefan Lowry and Josh Twersky bring a great deal of experience and are prepared for the highly competitive league play. This year’s team has the versatility on both ends of the court to compete and be an imposing force against most teams.”