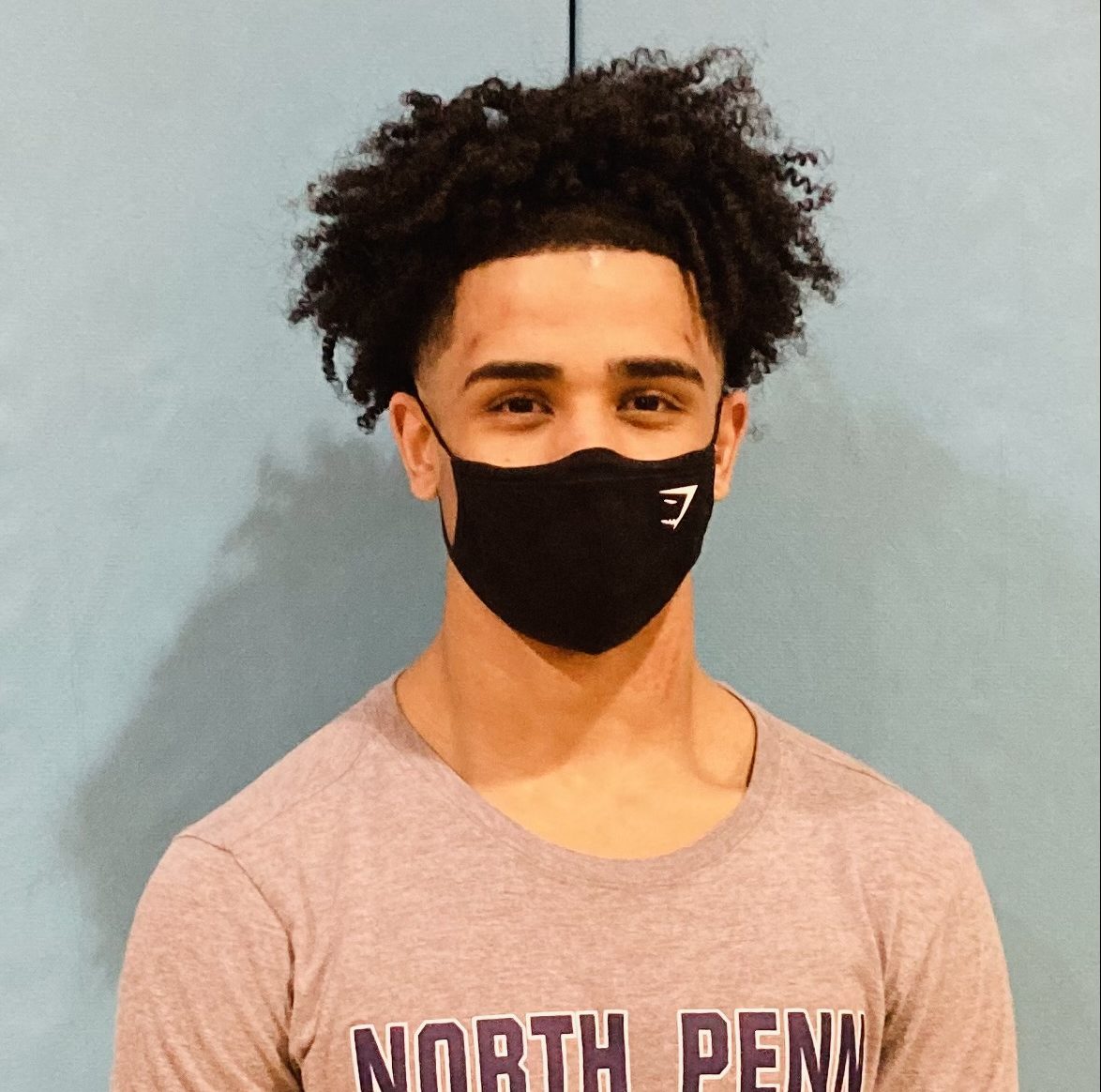 Nophir Harrell looks to be a senior catalyst and leader for North Penn this season. (Kev Hunter/MediaNews Group)

TOWAMENCIN >> It’s a pretty good thing for a wrestler when your first name is pronounced “no fear.”

“It sticks out,” Nophir Harrell says with a smile. “People remember it.”

And there’s more to the name. Harrell looks to be a senior leader in many ways this year for North Penn, which saw its season get off to a winning start Wednesday night, 45-21 over Suburban One League Colonial Division rival Central Bucks West.

The Knights had their share of moments and, overall, showed some signs of what they’d like to become.

“I feel like our team is pretty well-rounded,” Harrell said. “We all are ready to work. We just need to tighten up a little bit in the room. They know how to work. They know the moves. They just gotta put them together, get it to flow.”

The Knights got pins from Dylan Reinhard, Michael Cliver, Brayden Shannon, William Morrow and Rodney Perander and wrapped up the match when Benjamin Sanfelice won by forfeit at 189 pounds.

“A little rusty but getting into it,” said Harrell, who battled the Bucks’ Jack Wierzbowski at 152 pounds, falling 6-4 in a well-contested match. “Just making stupid mistakes but I just need to have more mat awareness, know the time and stop looking at the clock so much.

“But other than that, I felt pretty good. The conditioning felt good, strength felt good. I just need more work on technique and more time in the room. With the late start, it was a little different. You gotta knock some rust off, especially for the first match. But with wearing masks and everything, it went better than expected.”

For the opener, coach Robert Shettsline said he was looking for his team “to work the way they work in our room.”

“Not bad,” he said of the first match of the season. “We did okay tonight but I told each kid there’s things they can improve on.”

The season will provide some unique challenges, one of which is the pacing.

The senior has set his highest goals yet.

“I wanna get my conditioning up and go to regionals this year,” he said. “I never made it past districts. So that’s really my goal this year. And it should be more competitive because there’s only one day of states. It’s gonna be a little different.

“I wanna do my best for my senior year, make sure I’m being a good role model for my teammates, set a good example.”

“Will Morrow has so much potential,” Harrell said of the junior. “He’s probably gonna go to states again this year. As a teammate and as a friend, I’m looking forward to seeing him wrestle and go places. It’s gonna be exciting.”

Both teams are in action again Saturday: CB West is at Souderton at 1:50 p.m. and North Penn hosts Pennridge at 12 noon.