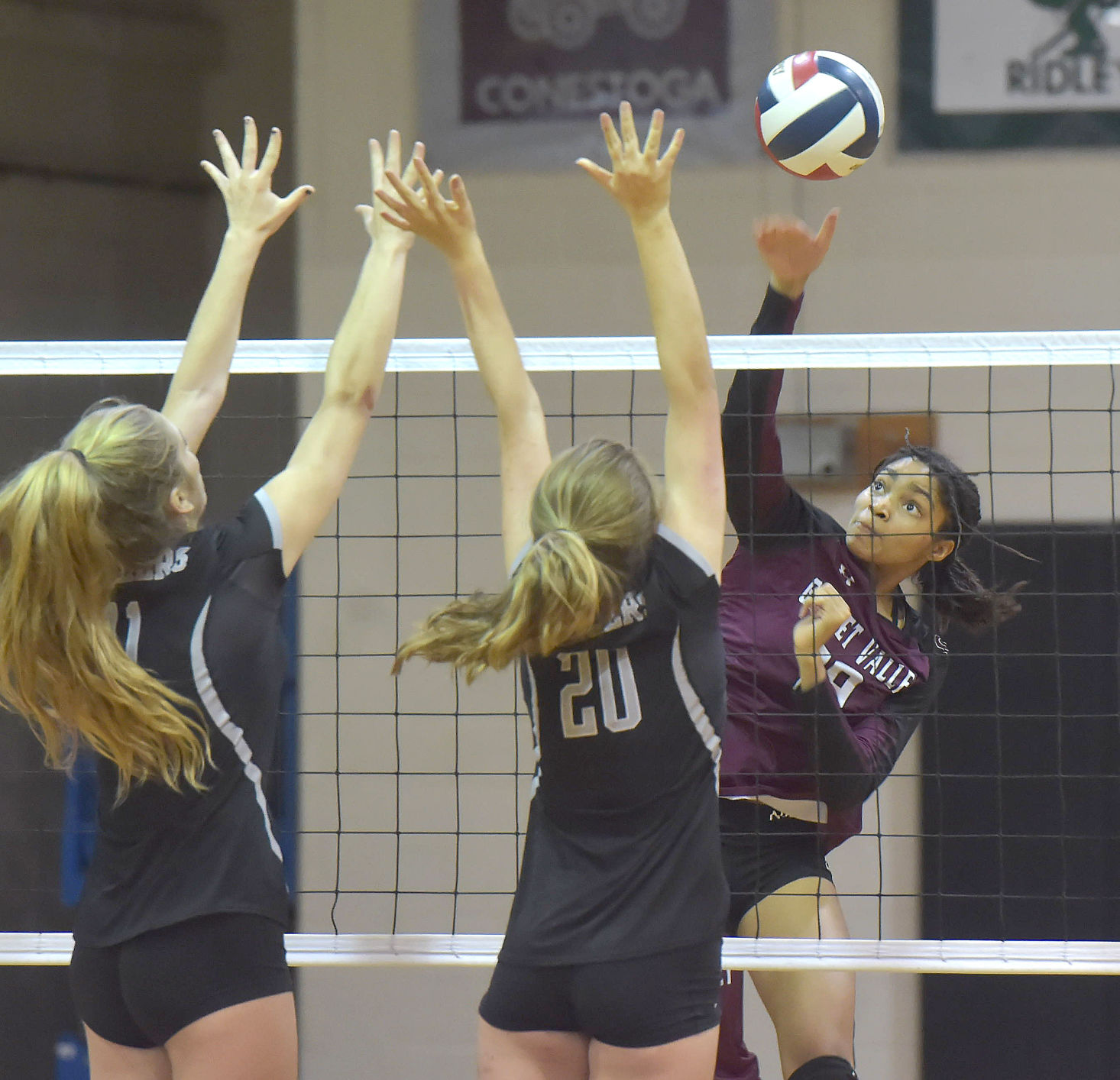 Ellie Fisher is listed as an outside hitter and defensive specialist on Strath Haven’s volleyball roster. She plays outside hitter for the Delaware United Volleyball Club in Hockessin.

But you could put any position next to her name and it would be appropriate. That’s how versatile she is.

“When I first started club I even played libero,” Fisher said. “I was a setter for a little bit. I like being able to be thrown in anywhere and do a little bit of all of it.”

Fisher did just that as a senior. Despite missing two games with a sprained left ankle, Fisher posted 219 digs, 193 kills, 30 aces, six assists and six blocks to lead the Panthers to an 9-3 record and a berth in the Central League semifinals during the coronavirus-shortened season. That enabled Fisher to earn All-Central League honors for the second year in a row.

For Fisher, and all the players, just having even an abbreviated season was a blessing, although it meant giving up the opportunity to participate in the District 1 tournament and, possibly, PIAA playoffs

“As a graduating senior, getting high into the district tournament would have been pretty cool to do, but I think we definitely made the right decision not to participate,” Fisher said. “We were given the choice to participate in the district and state tournaments, but then we would have had to forfeit all of our Central League games. My coach (Rachel Powers) gave all the seniors the option and we talked about it and figured out what we wanted to do, and I definitely think we picked the right option.

“One of our things since we were freshmen is we wanted a Central League title. Unfortunately, we didn’t get that, but it was worth a shot. Obviously, our last game (a 3-1 loss to Garnet Valley in the league semifinals) wasn’t one of our best but we did everything we could and I wouldn’t have changed anything at all.”

Wood was the pacesetter for an attack that powered the Jaguars to their fifth straight league title and seventh in the last nine years. The sophomore setter recorded 378 assists, an average of 31.5 per match to lead Garnet Valley to an 11-1 record. Wood was at her best in the playoffs. She totaled 111 assists in the playoffs, including 48 in the 3-1 victory over Lower Merion in the championship match.

Garnet Valley did not keep digs for the season but there was no question that Scerba was the leader in the back row. The senior libero’s ability to dig the ball out led to many opportunities in the attack.

Lane, junior outside hitter, played in every set for the Aces. She had a team-high 152 kills with a .255 hitting percentage. Lane also had 57 digs and 11 blocks to pace LM to a 10-2 record and a berth in the league championship game against Garnet Valley.

Caldwell, a 5-10 junior outside hitter paced the Pioneers in kills and aces for the second year in a row. She posted 138 kills, 28 aces and 97 digs.

Taryn Mayer makes her mark at Lower Moreland
No longer an underdog, Ridley looks to repeat as Central League champs