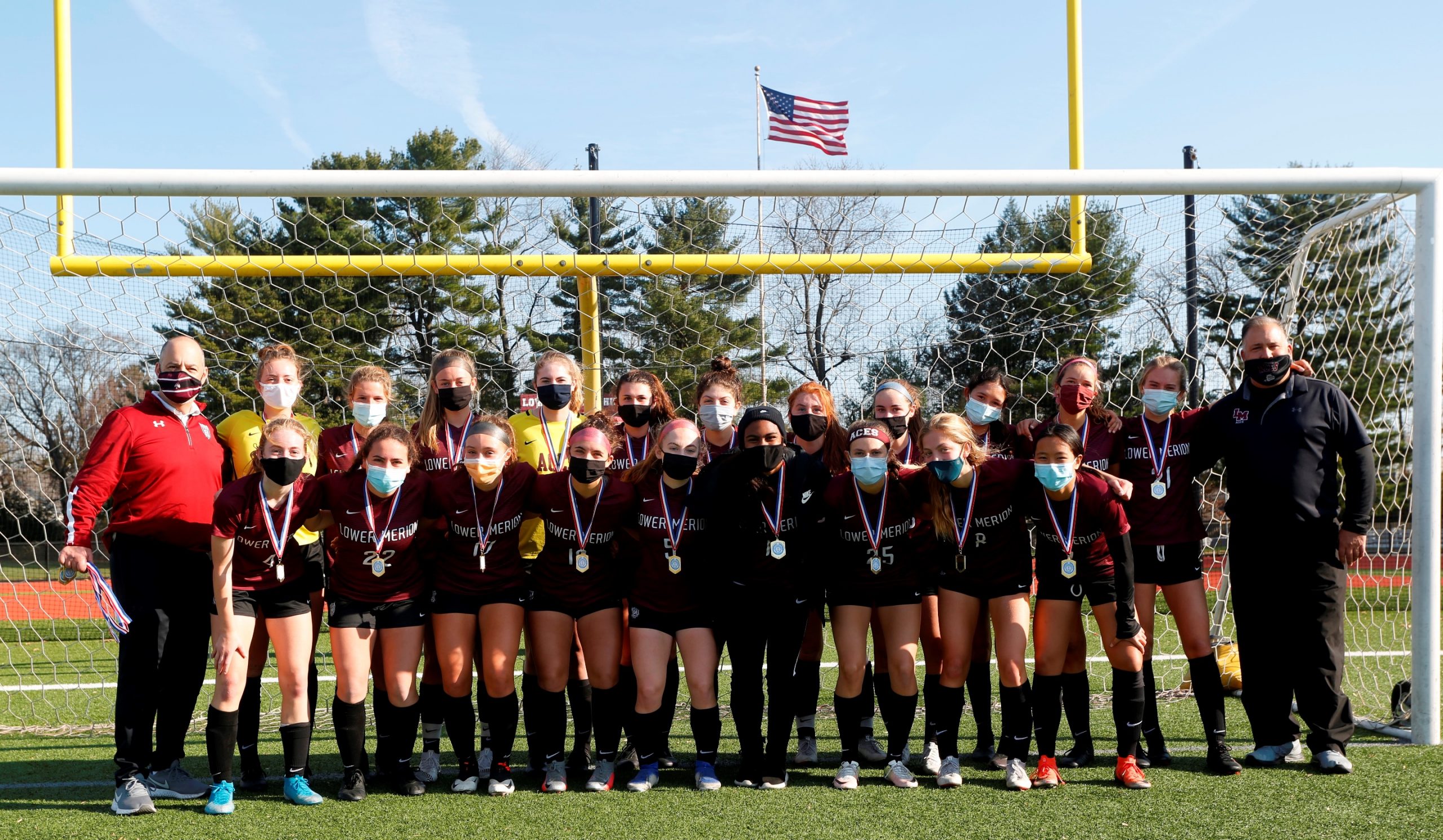 For the season, the Aces scored 43 goals, allowing only five, and featured a strong and deep roster.

“We had a potent offense paired with a stingy defense,” said Lower Merion head coach Kevin Ries. “Our triangle midfield connected the two. Everyone knew and accepted their role on this team.”

It was a special season for Ries as well, who collected his 200th career win with a 7-0 win against Harriton Oct. 20. Ries, who took over the helm of the Aces in 2003, also won the Central League title in 2006. The past two years, the Aces have compiled a 28-3 record.

Leading the way for the Aces this fall was senior midfielder Maya Masotti, the Central League’s Most Valuable Player. She scored 13 goals this fall and received first team All-Central League honors for the third time.

“Maya is one of the two best players I’ve had in my 18 years as Lower Merion coach,” said Ries.

Masotti, a University of Massachusetts commit, said, “When our team got the text that we would be playing this fall, we were more excited than when we won the Central League title. We knew we had a good team, we wanted to showcase our talents, and now that we can say we are Central League champs, it’s a full-circle moment.”

Masotti also was pretty excited at the end of the Central League championship final, a 2-0 win against Radnor.

“Right as the final buzzer rang, I immediately shoved my face into my jersey and just began to cry,” said Masotti. “All I kept thinking was how this was going to be the last time I stepped off the field with these girls. The bond our team had this year was remarkable and was our key to success. We played all our games for each other.”

“In the championship final, I remember watching the clock run down in the final seconds, and once the buzzer sounded, my jaw dropped,” said Brown. “There were no thoughts in my head, other than the excitement, happiness and adrenaline from accomplishing our goal.”

“Having Audrey is a huge comfort,” said Masotti. “She really leads the team. Her voice is loud and she instructs people where to go. A goalie should be a leader and both Audrey and Bridget [McCann] fit that role.”

For the Lower Merion seniors, one of the most vivid memories of the season was the game-winning goal scored from 25 yards out in overtime by sophomore midfielder Elly Slensky against Garnet Valley in the Central League semifinal.

“I had a feeling even before the 10 minute overtime period started that we were going to win this game,” said senior center back Lily Garton. “I was behind Ely when she scored. The ball was dropped back to her and as soon as I saw all the space around her I knew it was going in. I think that was one of the happiest moments in most of our Lower Merion careers. … Most of us had already played together last season and we had a tight bond as a group.”

Ward said, “We knew that each game could be our last this season because of the uncertainty with the coronavirus, so each game we came out with a strong mentality.

“Before the soccer season started, I would go over to Arnold Field a lot and practice my touches, occasionally with friends. So, one of the biggest challenges before the season began was definitely making sure that the drills we did were safe and socially distant. Once Lower Merion allowed for practices to resume, with players separated, this same problem persisted. But this enabled us to really focus on our touches and footwork heading into the season.”

“Our midfield of Slensky, Burke and Braunfeld controlled the middle of the field all season,” said Ries.
“We just wanted to leave a lasting legacy,” said Braunfeld. “One of our big slogans this year was to ‘Get our year on the banner,” meaning we wanted to get 2020 on the girls soccer banner in our gymnasium and winning the Central League was the way to do that. Since we only lost two seniors to graduation last spring, we had almost the same team this year. We were so motivated to prove ourselves after the 2019 season, where we finished disappointingly in the district playoffs and second in the Central League.”
Slensky, who scored the winning goal in the Central League semifinals from 25 yards out (on an assist from fellow sophomore Grace Downey) was one of four sophomore starters for the Aces this fall. Downey and sophomore Sadie Cohen started every game, and Downey tallied the game-winner in the 2-0 win against Radnor in the Central League championship final.

“Our seniors have pushed me to be the best player I can be,” said Moger. “They have taught me so much about being a good leader, I hope I can carry that into next year and be a good role model for the younger players.”