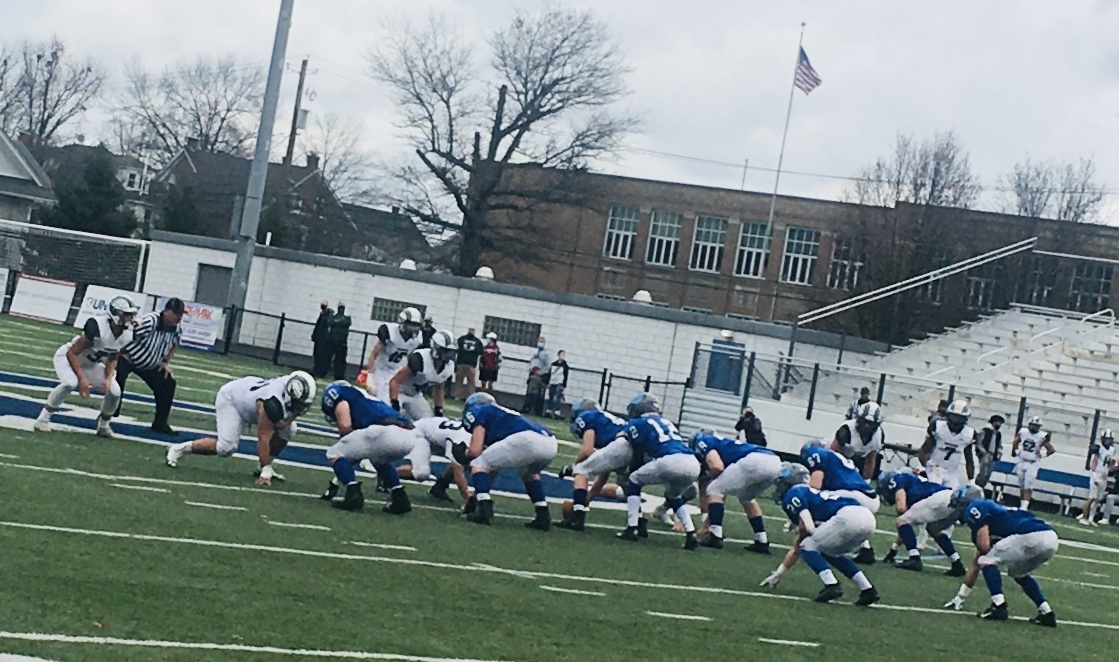 QUAKERTOWN >> Pennridge savored the chance to lace ’em up one more time.

“We’re lucky. We’re one of the teams that, after the regular season, we have another game,” Rams quarterback Bobby Croyle said. “Most teams end with either a loss, or you win the state championship — we didn’t get that far, but we had the opportunity to set things straight, go out the way we wanted to.”

Pennridge had quite a season, making it to the District 1-6A Final. The Rams fell to Souderton, but recaptured some of their magic in winning 21-14 over rival Quakertown.

“The rivalry is huge, the tradition to it,” Croyle said.

It was the 91st Annual Turkey Day battle between the two schools, with Croyle coming through with the winning touchdown pass in the fourth quarter.

“We had a great season,” the quarterback said. “From going 3-8 a year ago to going 7-1. Going undefeated in the regular season — that’s huge.”

The Rams came back hungrier in 2020 and made some adjustments as well.

“We made changes to the offense,” Croyle said. “We were running a little bit of a different offense this year. Mostly all of our starters returned. A lot of the linemen returned.

“When it’s your second year (under center), you get a lot more confident and everything slows down that second year…(Senior) Dillon Powles played J.V. last year. He came out this year, had a great season (running the ball). And (senior) Elias Dantzler played a lot last year. With him coming back, being able to run the ball, that was huge.”

It was quite a senior class for the Rams.

“I told the guys (Wednesday), when we walked off the (practice) field for the last time, that I came in with these guys,” Rams coach Cody Muller said. “I taught some of these guys when I was student teaching at South Middle School. And to start my career with them, we built this thing together.

“I couldn’t be more proud of that group. These seniors, the way they were leaders. I said that before the season started. We had such a close-knit senior class that really tied this team together. And set an example for our underclassmen to be able to follow.”

Panthers Scratch and Claw >> Quakertown came close to its first Turkey Day win over Pennridge since 2015.

“Three of the games were tight ones — we gotta find a way to win,” Panthers coach George Banas said. “We’re young…We gotta be able to find a way to push through.”

A young Quakertown squad had its moments, and led 14-7 in the fourth quarter. But ending the season on a high not was not to be.

“You feel for the seniors,” Banas said. “You let them know this is gonna hurt. You gotta come together as a senior class, help each other and get through it.

“You talk to the underclassmen and tell them to remember this feeling. Because this is what fuels you in the offseason.”

Quakertown, which battled all three Suburban One League conference champs this year (28-23 loss to Souderton Area, 37-6 win over Upper Moreland, 21-14 loss to Pennridge) has plenty of guys returning — they even started two sophomores on the line in 2020.

The Panthers battled to a 5-3 finish, and got to close out their season in front of a socially-distanced crowd, but a crowd nonetheless. Only the team’s families were allowed to attend Thursday, but it was still Thanksgiving football at Quakertown.

“In the beginning of the year in July, if you told me we were gonna play eight games, I’d take it,” Banas said of the pandemic. “How can you be greedy?

“The atmosphere at Quakertown is like nowhere else. They’re right on top of you. Our student section and cheerleaders are phenomenal.”

It was a tough finish, but there is plenty of promise for 2021.

“A lot to build on, a lot to be positive about,” Banas said.