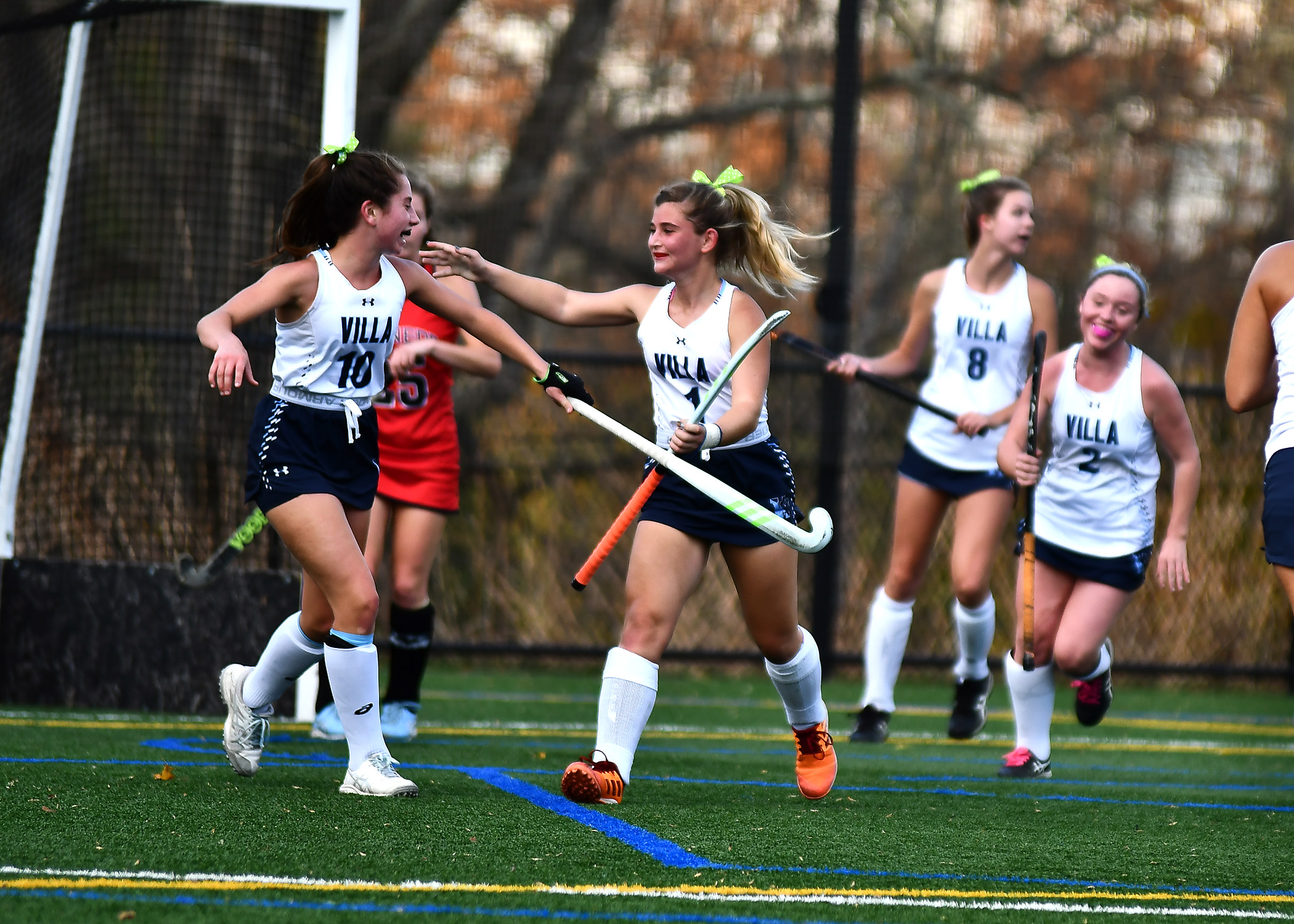 Villa Maria wasn’t out of the ordinary. The two AACA rivals are familiar foes, and although the top-seeded and unbeaten Hurricanes took the regular season meeting 4-0, it was the third seeded Monarchs’ lone blemish on the year, and they were coming off a decisive 5-2 upset victory of No. 2 Upper Perkiomen in the semis. This figured to be a good one, and didn’t disappoint, with the Hurricanes exploding for five goals in the second period, the cranked up the defense, taking home the title with a 5-3 victory.

“Gwynedd has a fantastic team—they’re so gritty and they always work so hard, so you have to be at your best,” said Villa coach Katie Evans. “But we have a strong team, and always a team-first mentality. We’re just happy we had a chance to get out here and play this season, and that our young players got a chance to get experience like this.”

Any championship game is going to come with a certain amount of pressure, but in a normal year, the loser can take solace in the fact that the biggest games—the PIAA championships—are yet to come, as both teams move on. But this is nothing resembling a normal year, and the truncated season includes a truncated playoff, with only the District 1 champion moving on to states.

“There so much more pressure this time around; we knew that the season was over for whoever lost,” said Villa senior

co-captain Colby Dobra. “But we came out strong and did what we had to do.”

The teams were scoreless deep into the first quarter when the Monarchs’ Alex Wenz broke through with a goal, getting one-on-one with Villa goalie Jackie Stringer, and slipping one past and into the back of the cage for a 1-0 lead that held until the break.

Falling behind seemed to act as warm Gulf waters for the Hurricanes as they picked up strength and emerged as a category five, roaring into halftime with five goals over the next 15 minutes.

The first three came in quick succession. A little over a minute into the second, Annie Shaw scored the first of four goals on the day. A minute later, the Hurricanes converted a penalty corner, with Lindsey Roberts assisting Ryan Hickey. Not even a full minute after that, it was Shaw again, with an assist from Brynna Hill.

“Our passing was great today,” said Dobra. “And the amount of time we put into conditioning and fitness is really paying off.”

The Monarchs answered back with a goal from Alaina McVeigh to cut the Villa lead to 3-2.

Before the end of the half, Villa converted on another couple of corners—both goals from Shaw, with assists to Hickey and Maia Dechario, and went to the break up 5-2.

The Hurricanes were solid on penalty corners all day, and on both ends. Villa forced nearly the double the number of corners than Gwynedd—15-8—and converted three of them, while not allowing a single score on Monarch offensive corners.

“It was great seeing our forwards getting in the circle and putting up so much pressure,” said Evans. “They were getting off shots and pressuring the goalie, or getting corner opportunities. That is always great to see.”

The Monarchs did find the back of the cage once more, with Wenz scoring just before the end of the third period, but that would be the last gasp.

“We know how good Gwynedd is, and that they were going to keep pushing until it was over,” said Villa junior defender Dechario. “But we all knew what we had to do to get to states, and we just focused on our jobs and got it done the way we needed to. It just feels great to be playing after thinking we might not even have a season.”