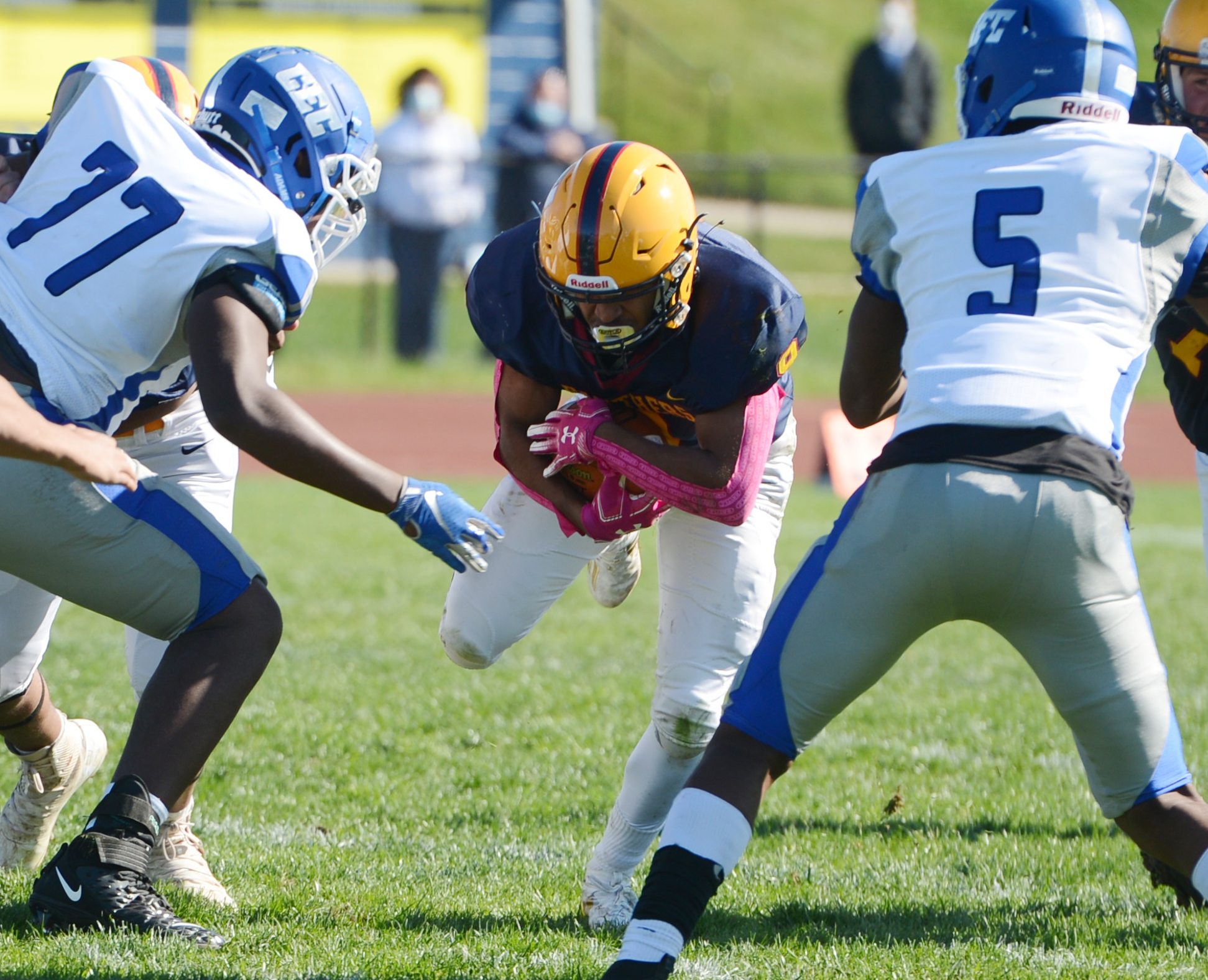 UPPER PROVIDENCE >> It was the third time in a month Pope John Paul II saw a football game impacted by the coronavirus.

The latest one proved particularly emotional for the Golden Panthers.

PJP was scheduled to host Cardinal O’Hara Saturday afternoon, in conjunction with Senior/Parent Recognition ceremonies for the football team and cheerleaders. But the game never came off, cancelled due possible exposure to the virus on the O’Hara side.

Father Brian Kean, PJP principal, confirmed the game cancellation. Father Kean cited safety considerations as the basis for the decision, which was made about one hour prior to the game’s scheduled starting time.

“It’s out of our control,” head coach Rory Graver said after meeting with his players. “We’re going to control what we can control, and persevere.”

The Golden Panthers’ late starting schedule — a function of the Archdiocese of Philadelphia originally deciding its schools would not participate in sports, then rescinding the decision in early October — got started even later when their Oct. 9 opener with Pottsgrove was postponed due to Graver having a positive COVID-19 test. Graver’s self-quarantining extended over to PJP’s Oct. 16 game with Conwell-Egan, though he oversaw the week’s practices and game virtually.

“It was a different experience for me,” he said. “We have a great coaching staff and administration. I was able to Zoom in for practices and the game.”

For the team’s seniors, though, the opportunity to play one more time on their home field is one they didn’t want to give up.

“It’s a disappointment,” Liam Haffey, a leader at wide receiver and defensive back, said. “but there’s not much you can do. We did what we were supposed to do.”

Quarterback Rocco DiRito, who’s helped steer the Panthers in their 3-0 start, is focused with his classmates on “rallying the troops” through the rest of their 2020 season.

“We’ve been through this before,” he said. “We’re hoping something good can come out of this.”

Chris Bruder, a running back/linebacker, cited the team’s Homecoming Game with Upper Merion his sophomore year as a particular memorable one played at home during his career. He described PJP’s upcoming game with Pottsgrove as being the team’s “Super Bowl.”

“We’ve been through this before,” he said. “The practice and study.”

“This would have been the last chance for the seniors to play on this field,” Graver added. “I’m sure they’re disappointed,but they’re a resilient group.”

The Panthers (3-0) bear the distinction of being the last Pioneer Athletic Conference school to sport an unbeaten record this fall, that after league champion Spring-Ford lost to Souderton in Friday’s District 1-6A playoff semifinal. The team’s confidence level was summed up by Haffey when asked how PJP would have fared if the game with O’Hara was played.