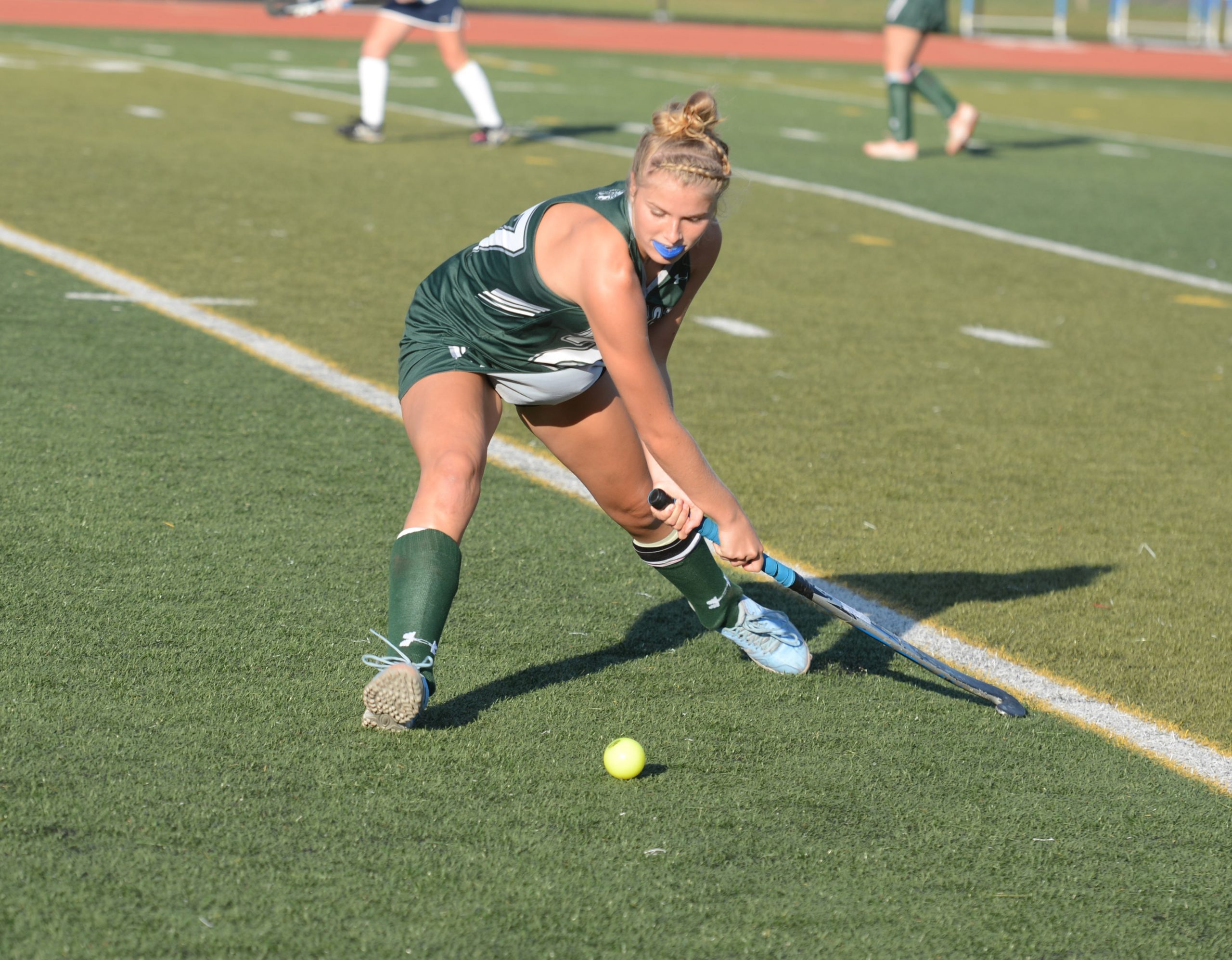 FAIRVIEW VILLAGE >> After two meetings in about a month’s time during the shortened fall season, the familiarity between Perkiomen Valley and Methacton’s field hockey teams was apparent in Monday’s 3A playoff opener.

In a game that featured only five total shots on goal, it was the No. 7 Warriors who made the most of their opportunities, scoring early and late in claiming a 2-0 win over the No. 10 Vikings and moving to Thursday’s quarterfinals against an opponent to be determined.

Bayla Plower and Bene Catoia scored bookend goals in the first and fourth quarters, but the defense in front of winning goalie Gabby DiPrinzio (one save) was the real story.

The Warriors surrendered six corner opportunities to the Vikings, including three in quick succession during a late attempt to rally. But their defensive marking off the insertions was impeccable, rarely allowing even an attempted shot for PV.

“We improved as the game went on, forcing them to the outside and away from the middle of the field,” said Methacton senior captain Alexa Kratz, a Warriors midfielder and the team’s leading scorer, bound for American University next fall.

Plower, a junior forward, corralled a carom off the goalpost and drove the ball past PV’s Ashley Derrick for the opening tally just 4:37 into the contest. Methacton controlled much of the opening stanza, but the defensive chess match began when DiPrinzio made her only save in the early second quarter. Marie Lindberger, Sage Shine, and Anna Dawson were particularly active for PV, but Methacton’s experience — both overall and specifically against the Vikings — allowed them to plan accordingly.

“We knew they had fast forwards,” said Methacton coach Amanda Fuertsch, “so our plan was to step up early, not allow them 10 yards of space to gear up on a rush.”

Throughout the contest, Kratz and Elena Snodgrass were able to stop PV rushes before they got started, causing repeated turnovers in the midfield. When the Vikings were able to gain the offensive zone, Kristen Riddell led the effort to keep the speedy forwards at bay.

“The previous games helped us on offense as well,” added Plower. “We know how to attack their backs.”

Catoia sealed the victory with another tally off a scramble in front of the cage with 12:37 to play. The assist went to Madison Noh.

For 10th-seeded Perkiomen Valley, the postseason ends at a mark of 7-4-2, but the Vikings plan to schedule one more game next week on the new turf at the high school.

“We don’t have to say goodbye to the seniors yet,” said PV head coach Erik Enters.

“I thought we were the dominant team for 50-60 percent of the game, we just couldn’t put the ball in the goal.”

At a record of 9-1-3, the seventh-seeded Warriors move onto Thursday’s quarterfinal round, where they’ll meet the winner of No. 2 Neshaminy and No. 15 Owen J. Roberts, an opening-round matchup that was postponed until Tuesday.

Obviously, a matchup with the Wildcats would afford Methacton the opportunity to enjoy similar familiarity, but Fuertsch is confident her Warriors will be prepared regardless of the matchup.

“We’ve seen film of Neshaminy — they’re obviously highly rated, but playing our game gives us a chance regardless,” she said.