North Penn, Wissahickon both happy with performance in Knights’ 2-1 win 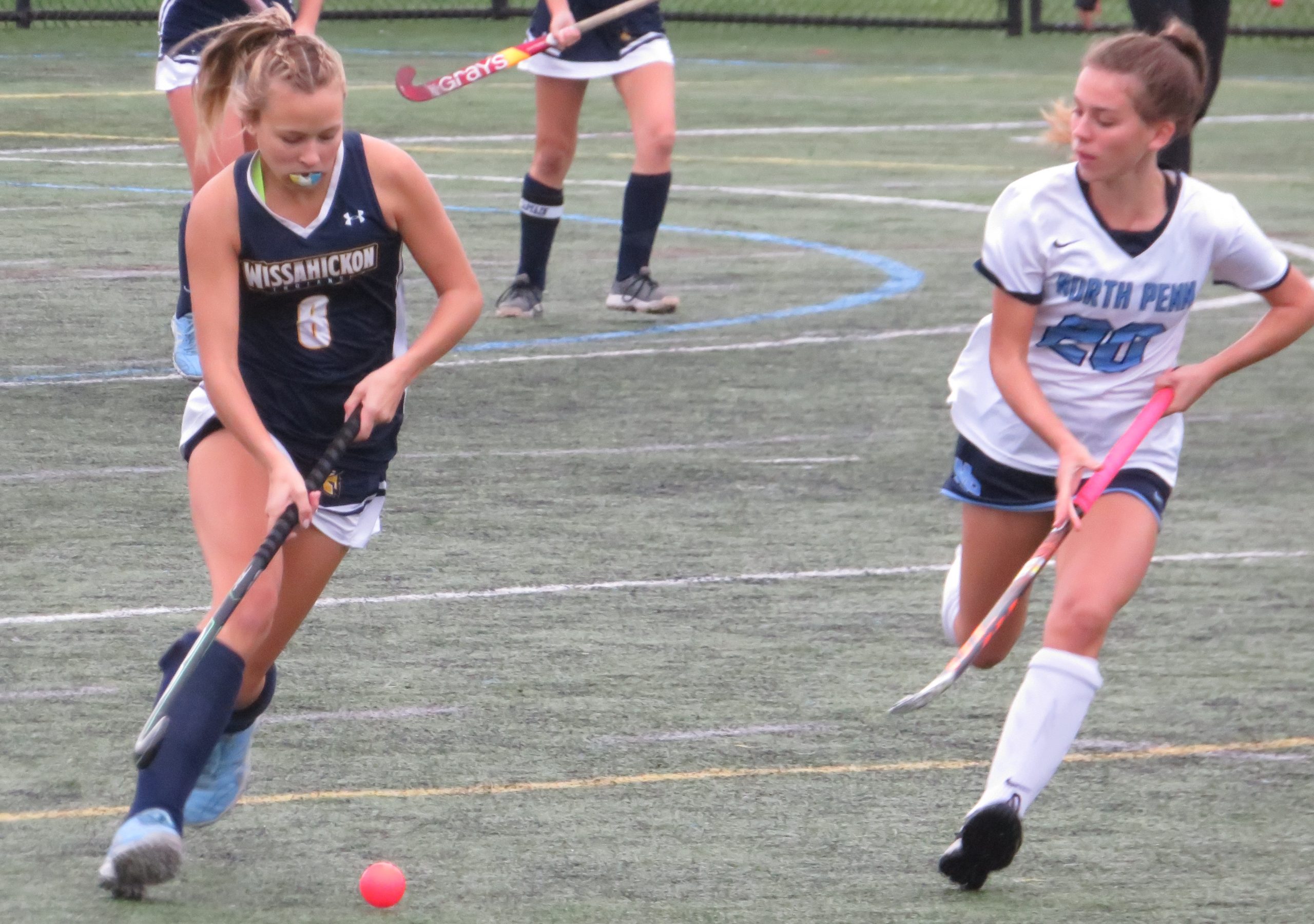 The Knights were happy to snap a two-game losing streak and head into the District 1-3A playoffs with the momentum of a 2-1 win.

“We just had two tough losses to CB East and Souderton,” North Penn coach Shannon McCracken said. “It was really important to get the win today – going into playoffs with the win and playing great hockey.”

“We felt like we needed this,” North Penn’s Maddie Waldspurger said. “We’re all fired up today. We knew (Wiss was) going to be good. We had the mentality that we needed to win today.”

The Trojans were happy to stay competitive and play to within one goal of a strong team as they finished a three-day stretch of three games against three District 1-3A qualifiers.

“I think I overdid it by scheduling three really hard games back-to-back-to-back,” Wiss coach Lucy Gil said. “I’m extremely proud of them, losing by one goal to a really great team after beating two really great teams. I think (the players) have to be really proud of themselves, too. I think we hung in there. It was a really fast turf and it was a nice game – we were just tired. We just couldn’t keep up with them and it showed. It was good to keep it to one goal.”

Waldspurger caged the game-winning goal in the middle of the fourth quarter.

After the Knights (6-4) failed to cash in on their first 15 penalty corners of the game, the 16th proved to be the difference maker. Erin O’Donnell sent the insert pass to Waldspurger, who sent the ball towards the goal. The ball deflected off a Wissahickon defender and past the goalie to give North Penn a 2-1 lead with 6:50 to play.

“I just tried to get the ball in and see what would happen,” Waldspurger said. “It just happened to go by.

“I was just trying to get it in there. I didn’t drive it, I just pushed it and it went in.”

North Penn finished the game with 21 corners and 13 shots on goal.

“We had a lot of corners today,” McCracken said. “We can be a little inconsistent on our offensive corners. We had some great options. I love that we’re forcing the offensive corners – it means we’re earning stuff when we get in the circle and that’s awesome – we just need to work on making sure that we’re executing. The surface, sometimes when it’s rainy like this, it’s tough to play on.”

“We were tired and reaching for the ball instead of getting our feet behind the ball,” Gil said. “Anytime you do that you stick your stick out there it’s easy to get you to foul.”

Eleni Kountroubis gave North Penn a 1-0 lead late in the third quarter. With 3:45 remaining in the third, she battled through traffic in front of the cage and managed to get the ball between the goalie and the near-post for a 1-0 lead.

Early in the fourth quarter, the Trojans (11-4) tied the game. Brynne Miller scored on a breakaway to make it 1-1.

Despite the game being tied for 43:35 of the 60 minutes and within one goal for the other 16:25, the Knights dominated in possession and scoring opportunities. Their 21 corners and 13 shots on goal significantly out-numbered the Trojans five corners and five shots on goal.

“We are a strong team when we move the ball quickly,” McCracken said. “We were doing that really well today. We were seeing the open passing lanes, we were talking off the ball, moving off the ball. That’s a key for us – if we slow down the ball a little bit and don’t have those fast restarts that’s when we get into a little bit of trouble.”

“We did really well passing,” Waldspurger added. “We transferred the ball up the sideline and it was a really good team effort. We played really well together.”

Both teams are set to compete in the District 1-3A playoffs beginning Monday Nov. 3. North Penn moved to No. 13 with the win while Wissahickon maintained its No. 7 spot in the rankings.