Unionville grinds out win over Oxford 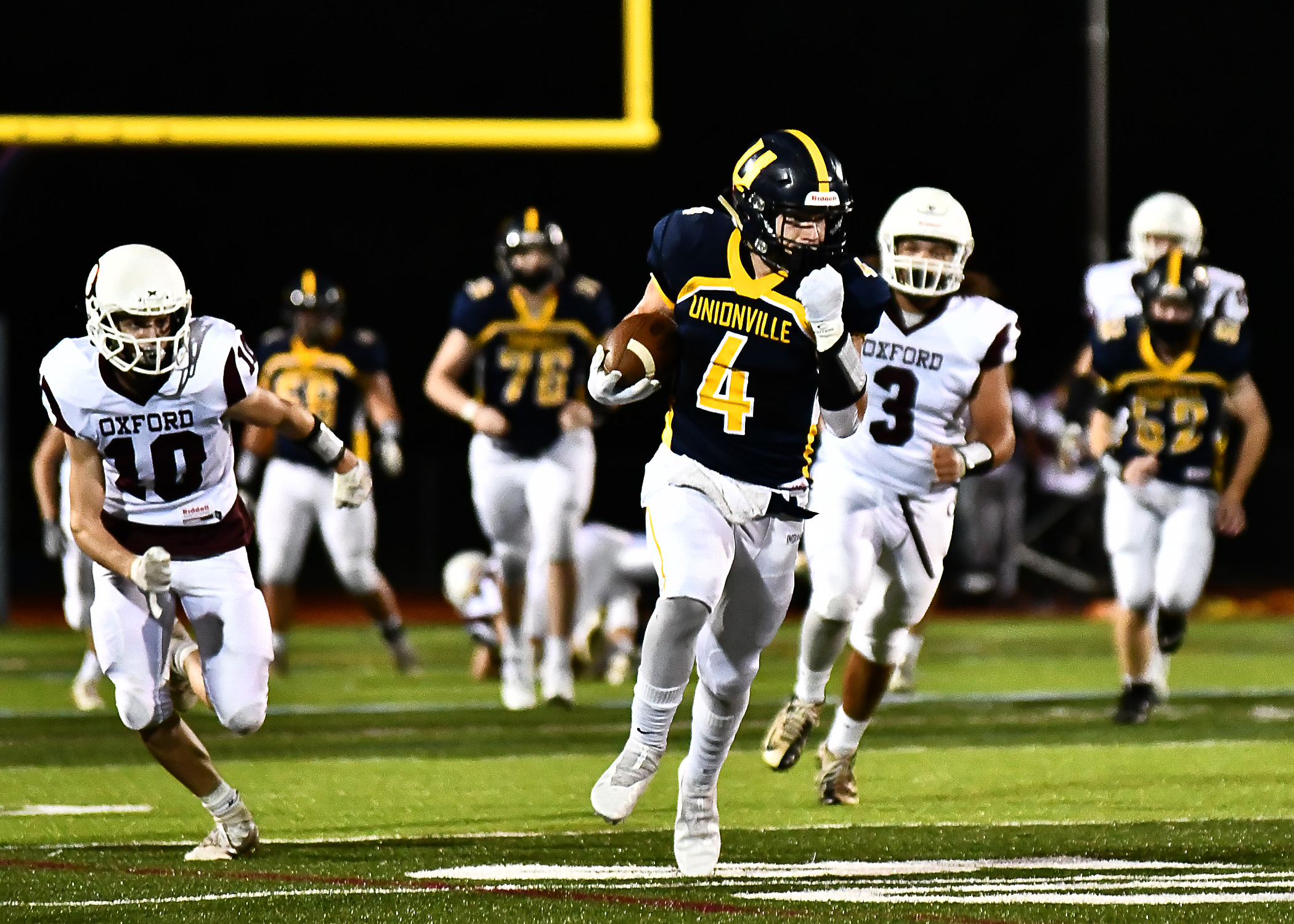 Oxford (0-2) was up to the task over the course of the first half, but eventually Unionville was able to break things open with a pair of third quarter touchdowns to improve to 3-0, and can clinch a district playoff bid with a win over Avon grove next week.

“There are no easy games in our division anymore,” said Unionville coach Pat Clark. “Mike Means has some tough kids, and top to bottom, this division is tough. Running the ball and playing defense has historically been a good recipe for success. I thought we were really physical in second half, and that made all the difference in the world.”

The Hornets actually got on the board first. With Unionville throwing on a third down and long deep in

its own territory, Oxford’s Nick Verdarame picked off a Matt McCloskey pass, and returned it just inside the Unionville 30. Three plays later, Seth Yoder found Kelvin Figueroa, and Figueroa rumbled into the end zone with a 27-yard catch and run.

Unfortunately for the Hornets, they fumbled on their next possession, setting Unionville up in th red zone, and they took advantage, going the 27 yards on five plays, capped by a three-yard run from McCloskey. The game went to halftime with Unionville holding a 7-6 advantage.

Unionville put the game away with a pair of unanswered scores in the third period. Sean Kelly (8 carries for 50 yards and a TD) and Weston Grim (16-42) joining Ethan Bennink (17-115, TD) in a Unionville backfield that ground out 207 yards rushing for the game. Slowly, but surely, Unionville began to wear down an Oxford defense that played a tough game—forcing a couple of fumbles, picking up two sacks, and the interception.

Kelly capped off a long drive early in the third with a 14-yard run, and then Bennink rounded out the scoring with the longest run of the night, bursting through a hole then sprinting 58 yards for the touchdown.

“It was an inside run to the right, and then Sean Kelly just made a perfect block,” said Bennink. “It just slipped through and from there I knew I’d be able to take it all the way.”

Oxford refused to give in, though, and was moving the ball when Unionville got its second interception of the day, from Tucker Opdahl. The first, from Ryan Sassi, killed an earlier Hornet drive.

“We had a great game plan to go up against their RPO offense,” said Sassi. We were a little sloppy in the first half but we tightened things up and played well in the second.”