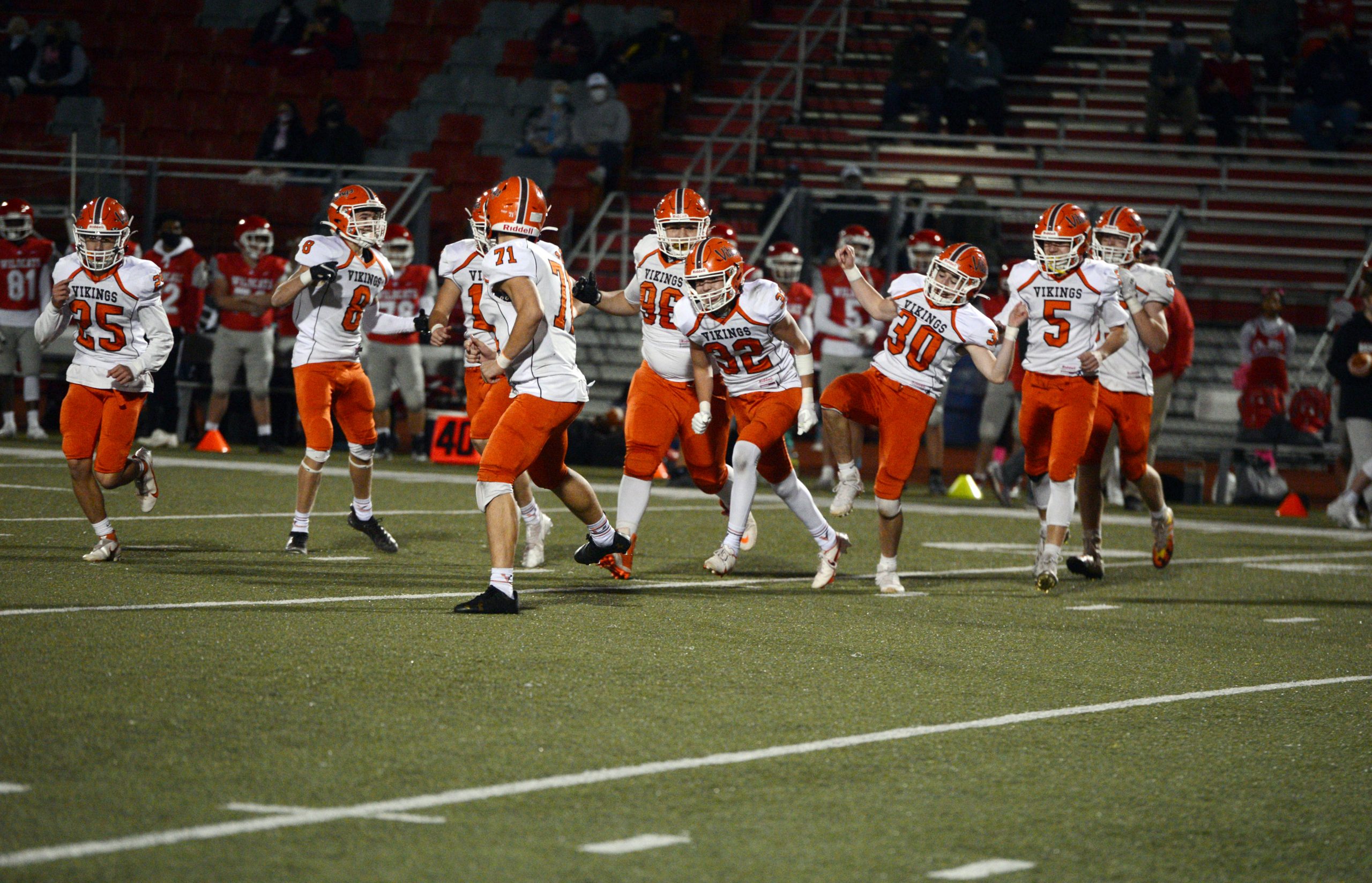 GRATERFORD >> Perkiomen Valley managed to get off just 12 offensive plays, gaining only 15 yards, in the first half Friday night against visiting Boyertown.

But the Vikings remained confident and quarterback Ethan Kohler threw for a touchdown and ran for another after that and the PV defense stopped the Bears at the 12-yard line in the final seconds for a 14-6 Pioneer Athletic Conference win at Thomas J. Keenan Stadium.

Perk Valley trailed 6-0 at the half after the Bears drove 75 yards for their score in the final eight minutes of the second quarter.

“I think we honestly gained confidence,” Kohler said concerning his team’s turnaround after that. “I think we were trying to do too much in the first half. We played our game.”

The Vikings were forced to punt on the first possession after the half, but the PV defense also quickly stopped the Bears on their first try after the break and Stephen Ciaudelli set the Perk Valley offense up at the Boyertown 22 yard line with a 33-yard punt return.

Then Andrew Beck recorded a sack for the Bears, but Kohler hit Kevin Beattie with a 31-yard TD pass and Braydon Basile booted the extra point for a 7-6 advantage.

“We wanted to score on our first possession of the second half,” said Kohler. “We didn’t, but our defense was great tonight. We had perfect field position and we finished the drive. We just gained confidence at halftime. We were really calm.”

Then the hosts stopped the Bears on downs at the 16 and drove 84 yards from there as Kohler hit Jason Posner for 26 yards to the Bear seven and ran it into the end zone from there on the first play of the fourth quarter.

Boyertown eventually had one last try after stopping PV at the Bear 36 with 3:57 to play and took the ball all the way to the Viking 15 with the help of three 15-yard penalties. But Gey picked off a pass with seven seconds left.

The Bears’ score came on a 17-play drive that lasted 8:03 and culminated with a 3-yard run by Segal with seven seconds left until the half.

“Our whole defense had a new motor tonight,” said Miller, whose team tacked up four sacks, two by Joe Slowik. “We just need to put more points up. Joey Dulin … we saw stuff out of Joey Dulin that we knew he had. He did a really great job on the outside.”

Roman Marinello was second for the Bears with 46 rushing yards, Leo Egbe ran for 38 and Jon Myers added 26 yards on the ground.

“Any time you come to PV, (head coach) Rob Heist does it right over here,” said Miller. “But we knew it was going to be a ballgame. One or two more plays and it’s a different game.”

But the Vikings came through with big plays on defense when they needed them, including two sacks by Gage Young and an interception by Dylan Crothers.

“Our linemen did a great job,” said Kohler. “And the defense played great all night. They won the game.”