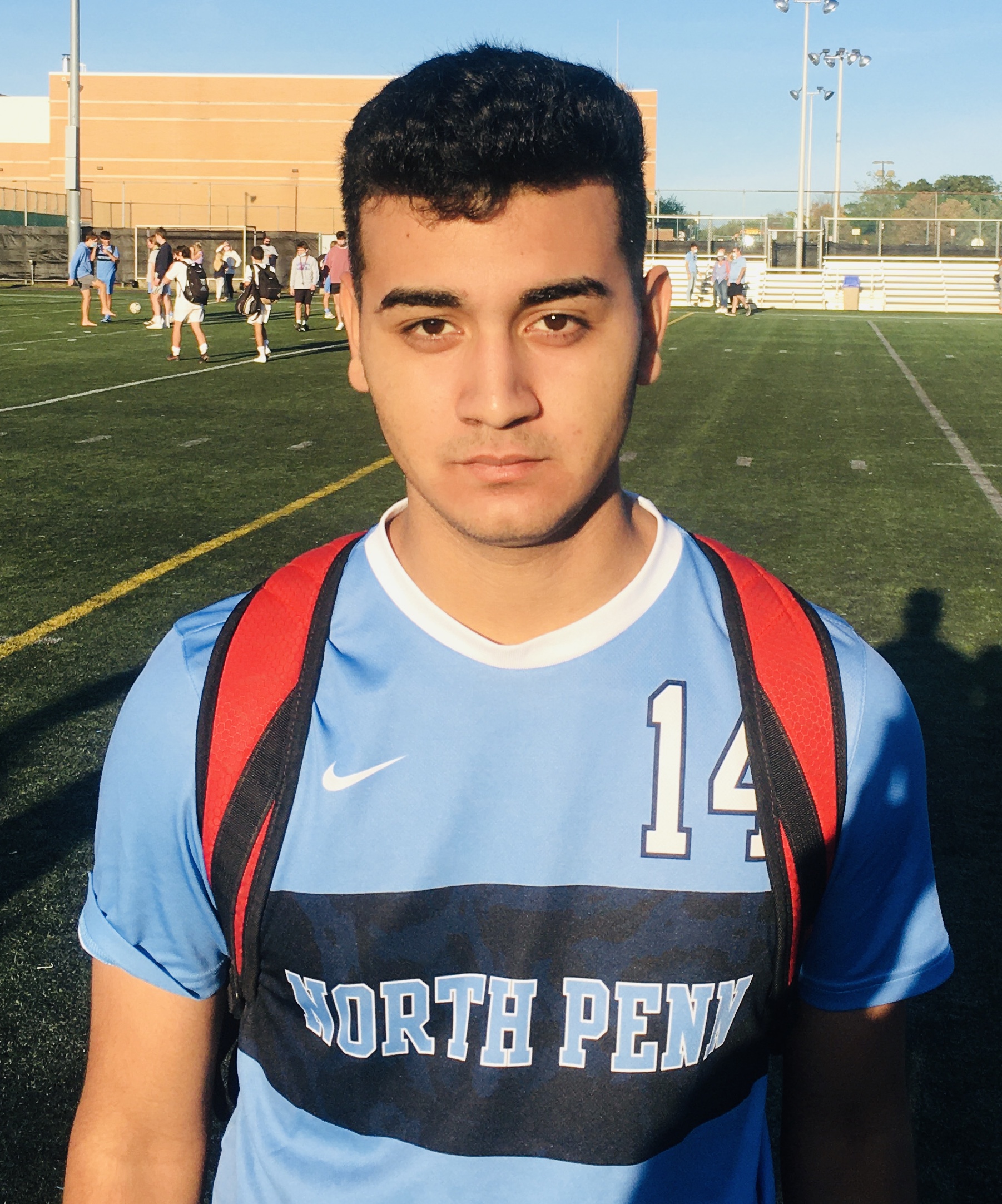 TOWAMENCIN >> North Penn was good to the last tap, capitalizing on key opportunities to produce a hard-earned win on the turf Thursday afternoon.

The contest served as a complete turnaround from the last time the Knights went up against rival Souderton.

“We finished our chances,” Jovani Gonzalez said. “In the first game, we had two good chances in the first half and we didn’t finish them.

“We wanted to come back after losing to them 2-0 the first game and I felt like today we played a good game the whole way.”

Gonzalez’s header got the scoring started, and Josh Jones added a goal to give the Knights a 2-0 halftime lead. North Penn withstood Souderton’s second-half surge and held tight to a 2-1 victory that gave the Knights at least a share of the Suburban One League Colonial Division.

North Penn raised its record to 6-2 with two games to play: at home against Central Bucks South Tuesday at 3:30 p.m. and then at CB East on Thursday at 3:30.

Souderton, also in the thick of things for the postseason, dropped to 3-3-2. Big Red hosts Pennridge Tuesday at 7 p.m. and then travels to CB West Thursday night at 7.

A smiling Gonzalez said of his goal: “It was a great ball from Nate Kim. It was nice.”

“The last two games (including a win over Pennridge), we’ve really done a great job in the first half,” North Penn coach Chris DePeppe. “That Souderton team is really good and they’re relatively young so that’s a team on the rise.

“When they’re up on you, they’re a really tough team because they have pace up top and they have some big boys in back. So our goal today was definitely to come out strong and get that early goal.”

Josh Jones made it 2-0 North Penn at the half, with Sawyer Meade playing well in net.

Souderton came to life after the break.

Said Big Red coach Matt Benner of the contest: “Knock-down, drag-out, 80 minutes of hard soccer. And in the end, it takes a goal or two and that’s all that separates us. Give credit to North Penn. They came out, played better in the first half and got some of their better players on the ball.

“They made us pay for some of the mistakes we made, turning the ball over at midfield, losing track of a runner in the box. They made us pay and that’s what good teams do.”

Thomas Smith scored off an assist by T.J. Hibsman midway through the second half, tightening things to 2-1.

Keeper Aidan McClure, the standout in Souderton’s win over NP earlier this fall, had six saves for Big Red.

“I’m happy with the resolve of my boys. In the second half, I thought they fought really hard. They made some good adjustments, starting to create more chances and get numbers forward,” Benner said. “Just unfortunately, we ran out of time.”