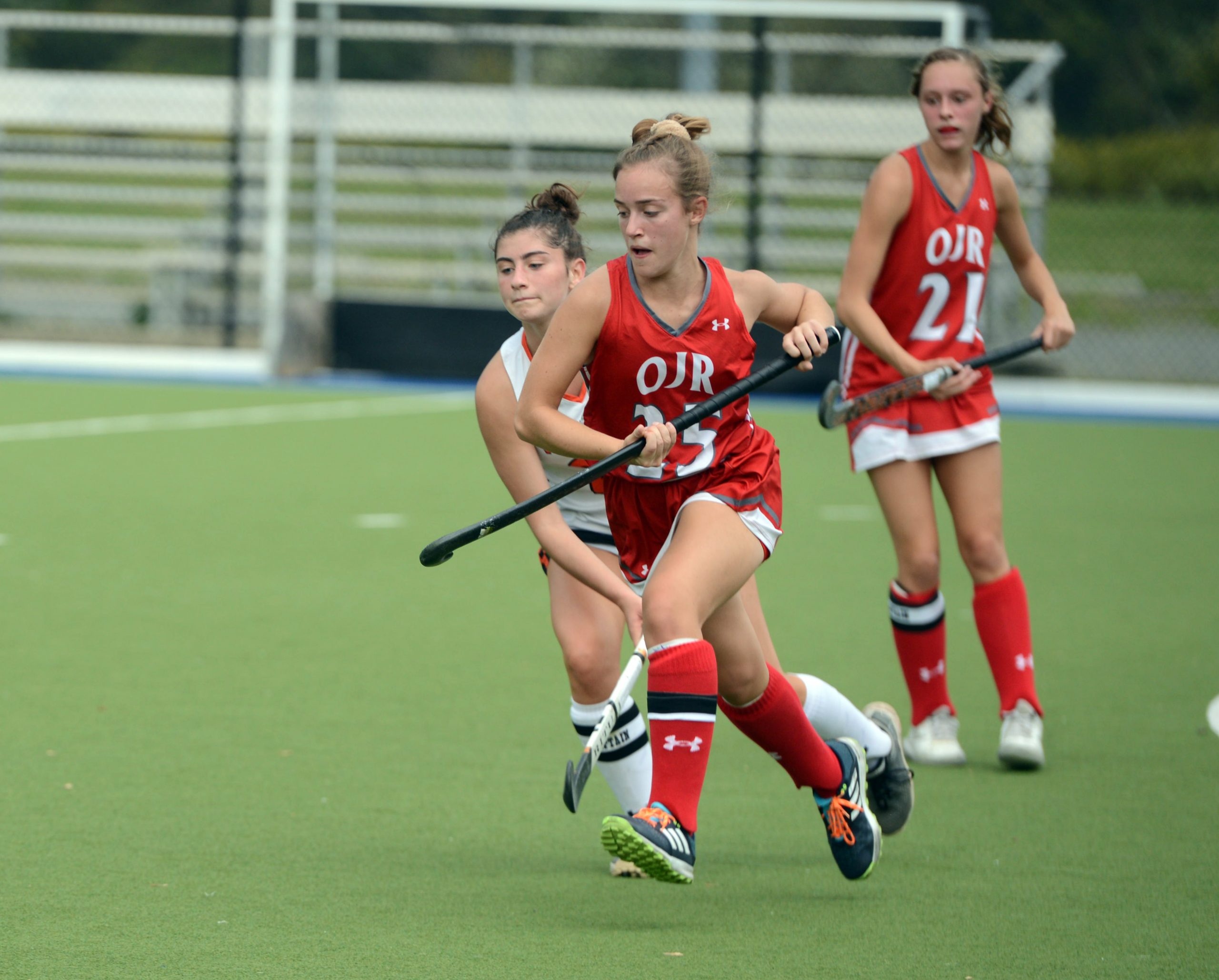 Collins scored on a reverse shot with 11:52 in the third period to put Spring-Ford up 1-0. Dougherty, assisted by Anna Dawson, tied the game on a corner with 3:49 to go in the fourth period. Ashley Derrick made five saves for PV.

Daniel Boone 3, Muhlenberg 0 >> Hannah Huddleson had two goals and an assist to help the Blazers blank the Muhls in Wednesday’s Berks League action.

Marlee Fetrow also scored for Boone, and Clara Lacek was credited with an assist. Ashley Finkbiner nailed down the shutout for Boone (3-2-1, 6-3-1) needing to make just two saves.

Spring-Ford 7, Owen J. Roberts 0 >> The Rams won Wednesday’s PAC meet with the Wildcats, and a rematch of the league single tournament’s finalists.

Mia Matriccino, winner over OJR’s Allison Root this past weekend, repeated their result from that previous meeting with a 6-0, 6-4 win. Singles play between the teams was highlighted by Spring-Ford’s Isabel Mejia and Cady Krause winning their respective second- and third-singles contests by 6-0, 6-0 scores.

Perkiomen Valley 7, Pottsgrove 0 >> The Vikings dropped just seven games in singles play on the way to a sweep of the Falcons Wednesday.

Gracie Strohecker had PV’s best individual showing, a 6-1, 6-0 win at first singles. Pottsgrove’s best performance came from its second-doubles duo of Caroline Schwartz and Elizabeth Snavely, which extended its duel with the Vikes’ Smiki Sastrusalya/Rachel Koenig tandem to three sets.

Boyertown 5, Upper Perkiomen 2 >> A sweep of the singles bracket made the difference for the Bears in Wednesday’s PAC match with the Indians.

Kara Bussinger and Olivia Vangell each dropped just two games in singles to underscore Boyertown’s domination of that bracket. UP’s points in doubles came from the Liz Grezcek/M’Lynn Poulson and Sara Andrasek/Cassidy Bush teams at the first and second slots, respectively.

Garrett Wible was low scorer with a 37, one stroke over par and one better than teammate Luke Watson and OJR’s Stefania Fedun and Jared Berish. A one-stroke edge between the teams’ next three scorers proved part of the difference in the team outcome, which left Spring-Ford finishing the season at 7-1.

Daniel Boone 4, Twin Valley 2 >> Nylah Cody and Maggie Holloway each scored in the final three minutes Wednesday as the Blazers (6-2, 8-3) snapped a 2-2 tie and defeated the Raiders in Berks League action

Cody and Holloway each finished with pairs of goals and assists. Boone (6-2, 8-3) also got an assist from Nicole Brown and six-save goaltending from Jenna Heasley.