Upper Perkiomen, Perkiomen Valley meet in the middle in 1-1 draw 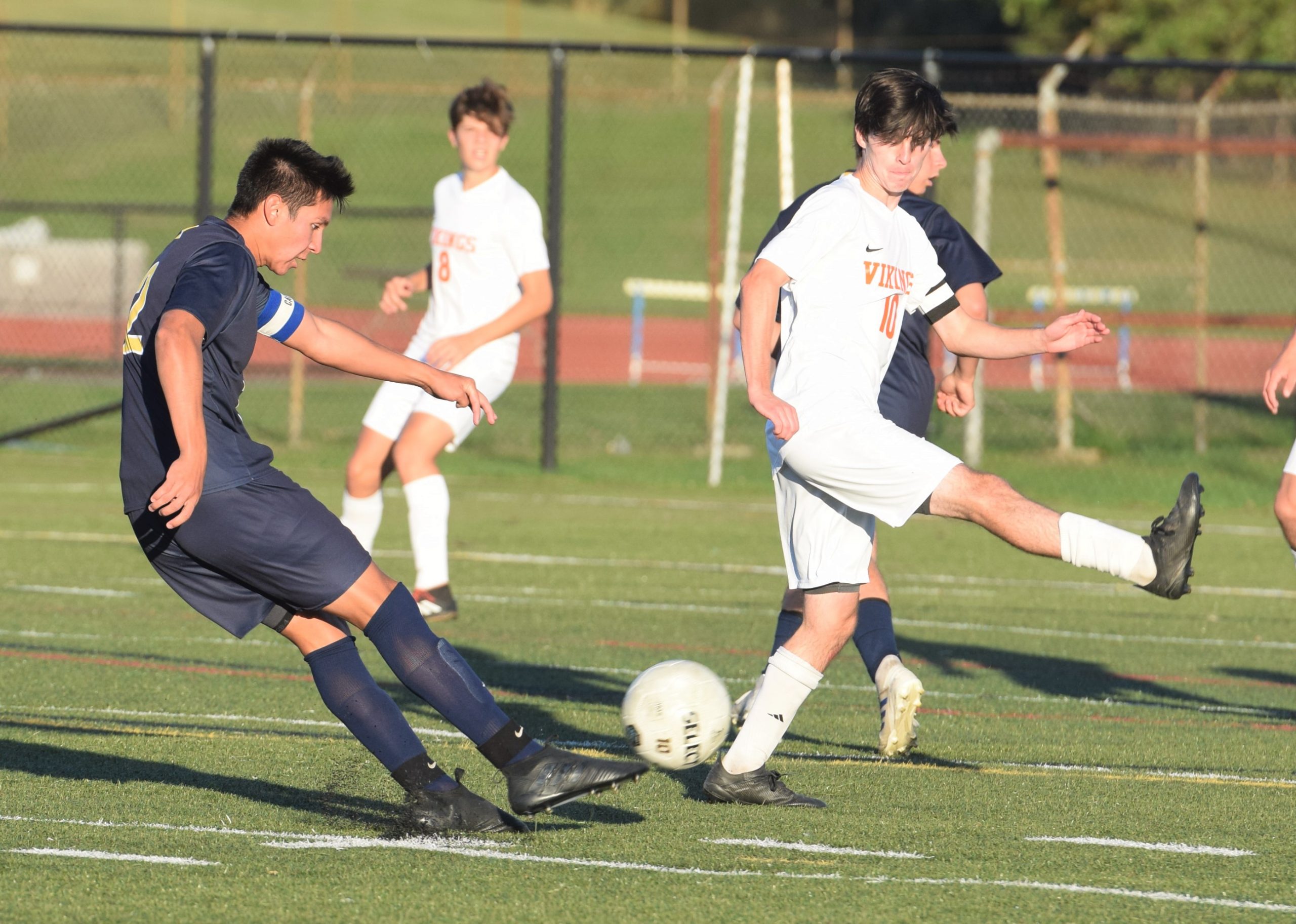 PENNSBURG >> The Upper Perkiomen boys soccer team was built for this.

‘This’ being the 2020 season led by a group of three- and four-year starters among an eight-senior core that has been together their entire high school careers.

So the team’s impressive start shouldn’t come as a shock, even after wins over perennial Pioneer Athletic Conference frontrunners Boyertown and Spring-Ford.

Thursday, they met in the middle.

Senior defender Steve Warren headed in a Cole Campbell cross to stake PV a lead midway through the first half, but Cole Kendra’s penalty kick in the 54th minute got the Tribe back on level terms, which is where it stayed through regulation and overtime as Perk Valley and Upper Perk settled for a 1-1 draw.

Upper Perkiomen went to 2-1-2 while Perkiomen Valley is 2-2-1 as teams near the midpoint of the 11-game Pioneer Athletic Conference season. The single table format of the pandemic-altered season is a logjam with every team having taken a loss so far.

“It definitely feels good especially off that OJR game being down 4-0 and fighting hard this game, even if we tied,” said senior four-year starter Matt Holmes. “We focused a lot on the mental part – the past couple games I feel like we beat ourselves.”

For Upper Perk and Kendra, who along with his goal had the best chance at the game-winner when he rattled the crossbar on a blast from 20 yards with six minutes left in regulation, it felt like a missed opportunity.

“After beating Spring-Ford we were definitely confident coming into this game. I feel like we should have come out with a win,” said Kendra. “We didn’t play bad, but we didn’t play up to our potential.”

Still, with a single loss through five games, Upper Perk has shown it’s every bit the contender in a PAC season of parity thanks to a senior group of All-Area performers Kendra and defenders Jack Cupitt and Michael Fisher.

“We’ve been waiting for this year all four years. Our senior group is pretty good, pretty sound all together,” Kendra said. “We’re expected to have a pretty good season – I don’t know about beating Spring-Ford – but it shows we can compete with the bigger schools.”

“We have a good opportunity,” said Cupitt. “We have to come in expecting to win no matter who it is.”

The game was highlighted by a good battle in the midfield by Kendra, the Tribe’s playmaker, and the tireless Holmes.

“It was fun. It got a little chippy at times, but it was a fun matchup,” Holmes said. “I’m looking forward to it the next time.”

Perkiomen Valley’s Steve Warren, center, smiles as he’s congratulated by teammates after scoring a goal in the first half against Upper Perkiomen. (Austin Hertzog – MediaNews Group)

Perk Valley cashed in on its best stretch of the game midway through the first half. An overhit corner kick was cleared back to Holmes down the right and played forward to Campbell on the edge of the penalty area. The senior defender whipped a cross to the doorstep with Warren crashing in unmarked for an easy score.

“I’m the target on all the free kicks and set pieces so I’m usually getting it or taking three players. For me to easily get through the box with no one on me is a great feeling,” Warren said. “Cole played a great ball, credit to him. That couldn’t have been a better ball.”

PV’s Adam Natoli had a good chance to double the lead when he got behind the UP defense with five minutes until half but his shot across goal missed wide right.

Upper Perk leveled in the 54th minute when Matt Milkowich was fouled inside the 18, a soft penalty from both sideline’s standpoint.
Kendra made it count all the same as he fired low and right past the dive of PV goalkeeper Michael Renner (five saves).

PV, which got solid attacking play from Owen Slack and Alex Chamorro, produced more chances the rest of the way but none the quality of Kendra’s crossbar blast with six left in regulation.

“From the back it’s really fun to watch seeing him weave through everybody,” Cupitt said of Kendra’s influence. “He creates all the chances for us.”

Ultimately the draw was a fitting result for teams that matched each other in shots on goal 6-6. UP goalkeeper Matt Wanamaker made five saves.

The Vikings are trying to find the consistency that will keep the positive results coming.

“We’re inconsistent. We need to get more consistent in games and in practice,” Warren said. “We don’t understand enough that every team has at least three players that can change the game easily. We need to fix that.”

“I think we’re still finding ourselves. I think today was a good game. We played hard and that’s all I really look for, is if we’re putting in the effort and working hard,” Holmes said.

The Tribe, with all their years together, don’t have to form an identity in the same way, so the season is all about racking up as many positive results as possible.

“Our goal is a positive record, winning more games than we lose and making it to districts and coming in as high as we can in the PAC,” Kendra said.