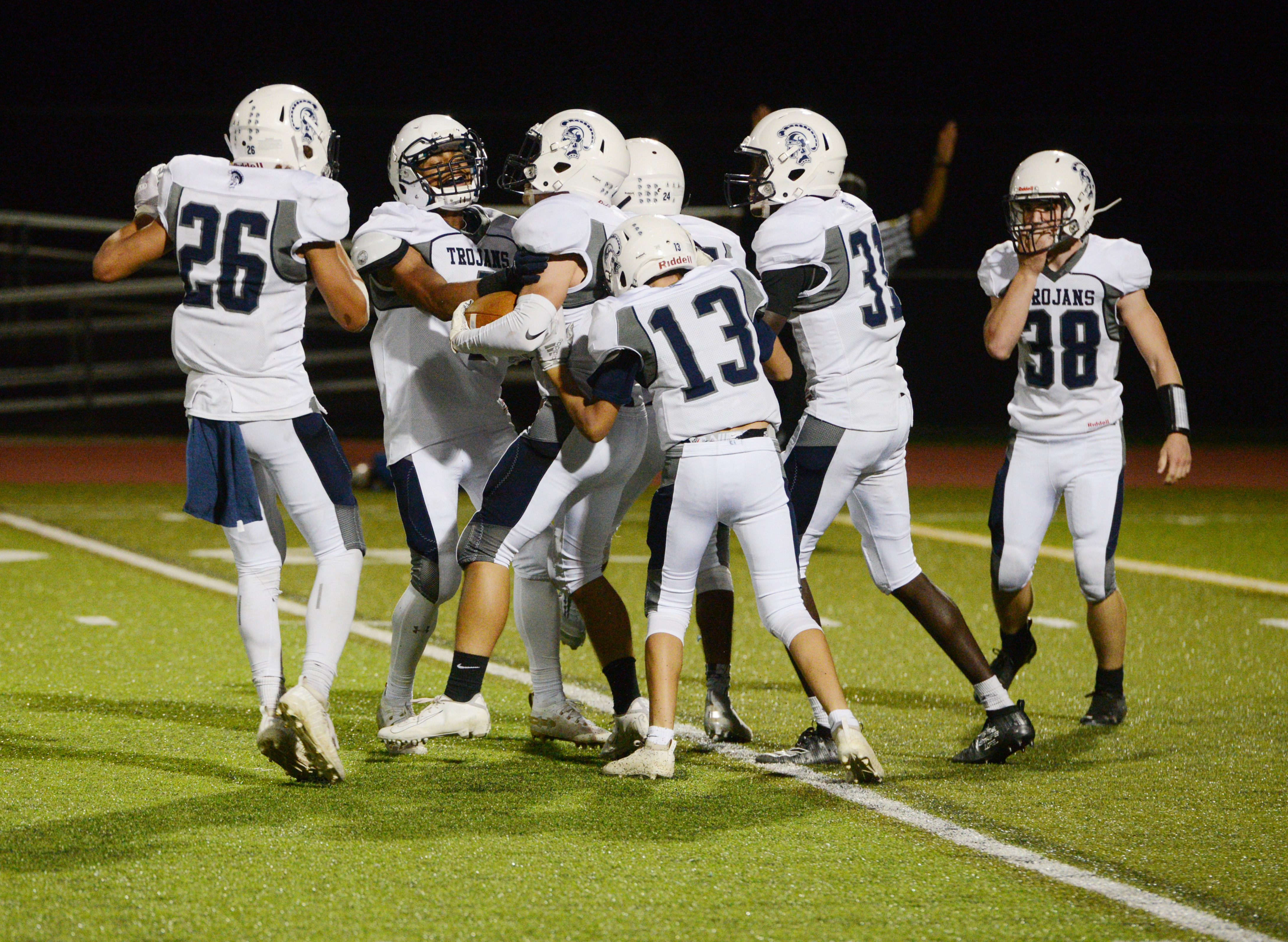 Pottstown junior Jestyn Snyder isn’t one for too many words.

As Pottstown head football coach Jeff Delaney tells it, Snyder is ‘one of the quietest kids you can have.’

Snyder apparently reserves his voice for when it matters most. That was the case for Pottstown student-athletes Thursday night when the Pottstown School Board meeting allowed public comment that opened discussion about a return to co-curricular activities in the district.

Snyder delivered an impactful speech in a series of messages from advocates for sports in the community, words that seemed to be willing open the door.

“He’s not a talker. That kid is one of the quietest kids you can possibly have 95 percent of the time,” Delaney said of Snyder. “To hear him speak and speak so well and present himself that way, it was awesome.”

It’s doubtful any student-athlete, coach or supporter of Pottstown athletics was quiet after the school board’s 7-2 unofficial vote approved a return to co-curricular activities and athletics.

“I was super excited, running around, jumping, celebrating with my family members,” said senior football player Jahzeel Watson. “I was so excited.”

The vote reversed an Aug. 6 unanimous ruling that suspended Pottstown sports through Jan. 1, 2021. Thursday’s vote can become official at the next general meeting on Oct. 15.

“I had to do what needed to be done. I felt like it was very important that I use my voice,” Snyder said of his speech. “I was surprised by the decision but I’m thankful they made it.

“I’m looking forward to being with my teammates. That’s like my family. … I’m excited to see how the season plays out.

It was a long couple months during the shutdown, but Delaney said his players kept a positive mentality.

“They have been so resilient through this whole thing,” the second-year head coach said. “They were at times helping me out because I was getting so frustrated with things. They were like, “Stick with it, Coach.

“I was pushing everybody, friends, family and especially teammates, just stay faithful and stay positive because eventually everything will work out. You just have to stay faithful,” said Watson, who has aspirations to play football in college and is grateful to be able to play for recruitment opportunities.

For Delaney, the dam broke Thursday night in terms of the tasks on his plate.

“I went from drought season in the Sahara to the floods,” he said.

The other late-returning schools, who coincidently are traditional PAC Frontier rivals, should present scheduling opportunities into November.

The return to activities will be a drastic change for Pottstown which remains in an all-online learning environment and participation in activities was highly restricted with teams not allowed to hold group workouts or practices.

Players and coaches were limited to speed training one day a week and presented other challenges for maintaining fitness.

“One of the most difficult parts was trying to find a weight room to continue to work out,” said Watson, “At Manatawny Park they cut down trees so I used the log and was squatting with that so I was getting really creative.”

Those closest to the Pottstown football program were most vocal Thursday night, but it was a plea for all activities and athletics.

“I have a good group of parents and they realized that it’s just about getting our kids out there to do something,” Delaney said. “That was the ultimate goal and it wasn’t just football – we stressed the entire thing this was not just football, this was co-curricular, this was band, all the sports and activities.

“If we had to sacrifice because they were so worried about football and everyone else could go, we would have wanted that to happen.”

Now, they all have the opportunity to try to conduct a fall athletics season amid the challenging landscape of a global pandemic.

“Everything we have now is a blessing,” Delaney said. “We’re going to look at it that way and give every effort we can moving forward to be successful on the field while being realistic about things, too. It’s about appreciating being able to play again and keeping those things in mind as we do this.”

TWO-A-DAYS: No longer a Ches-Mont doormat, Oxford is ready to take another step toward the top
Owen J. Roberts comes up with plays late to dispatch Methacton, 24-15