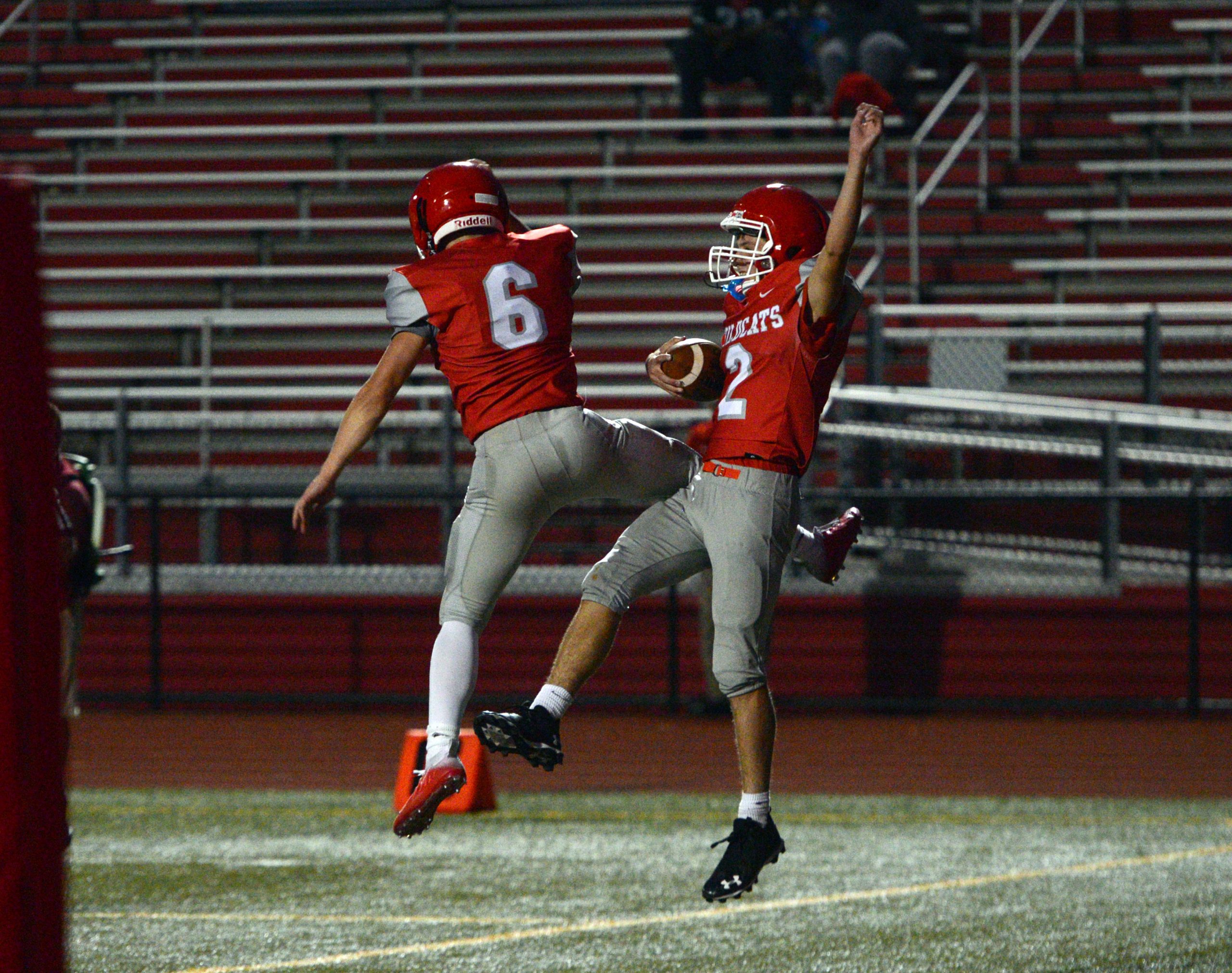 FAIRVIEW VILLAGE >> Moral victories are a thing of the past at Methacton.

That was the message from coach Dave Lotier after his Warriors dropped to 1-1 on the season with a 24-15 loss to Owen J. Roberts.

“I’m proud of the effort, I always am,” said the third-year coach. “But that’s a game we should have won. Being proud of the fight we showed isn’t enough.”

There were plenty of reasons to agree with Lotier’s assessment.

The Warriors led at halftime. They won the turnover battle, forcing three OJR miscues after Methacton’s only turnover came on the opening kickoff. The Wildcats were whistled for an astounding 130 yards in penalties.

But when the big play was needed, Methacton couldn’t find it while Owen J. Roberts, which improved to 2-0, came up with the goods.

After slicing an 18-7 OJR lead to 18-15 midway through the fourth quarter, Methacton forced the Wildcats’ third turnover at their own 10-yard line. Facing a fourth-and-one at their own 19, Lotier sent out the punt team.

“We liked the look they were giving us,” he said. “We decided to take a shot.”

Indeed, the fake punt attempt yielded a great opportunity for the first down. The Warriors just couldn’t execute.

“Little things like that are what take you from competitive, which we are right now, to becoming a winning team,” Lotier said.

Owen J. Roberts made no such mistake. On the ensuing possession, junior running back Avrey Grimm twisted out of what looked like a sure tackle for loss on 4th and two, running for the clinching 11-yard touchdown. The sprint put Grimm over 100 yards for the second straight game (15 carries, 102 yards, 2 TDs), while giving the junior back his second score of the evening.

“Everybody did their jobs well tonight,” said Grimm. “A total team effort.”

That effort required quite a bit of perseverance, as the Wildcats had to overcome the 130 yards in penalties.

“I’ve never seen something like that,” said OJR coach Rich Kolka. “Usually, in a high school game, penalties even out. I’m looking forward to looking at the film.”

A sloppy first half that featured 13 total penalties and five punts per side was highlighted on either end, first by the Wildcats turning Methacton’s opening fumble into an early Grimm TD run.

The score remained 6-0 OJR until Methacton used a two-back shotgun set late in the second quarter to spring Carfrey and quarterback Mike Merola for big runs. On fourth down from the OJR 7, the Warriors dialed up an inside handoff to Carfrey, who powered for the score to knot the game before Tyler Ready’s PAT sent the Warriors to the locker room with a 7-6 lead.

Matt Blakemore and Jude Wozniak had interceptions for Methacton to quell OJR first-half drives, as both sides struggled to crack 100 total yards before the half.

After the break, OJR went on a 17-play, 69-yard jaunt on their second possession, ending in a keeper from QB Matt Cutrone (155 total yards, two rush TDs) to regain the lead at 12-7. The Wildcats followed it by turning Grimm’s punt return to the Methacton 24, and cashing in two plays later on a 16-yard run by Cutrone.

Just when it appeared OJR had taken control, Methacton’s Merola (128 pass yards) found Brian Dickey and Justin Gumienny for big third-down conversions to set up Carfrey’s second rushing score of the night to cut the lead to 18-15 with 7:37 to play.

That set the stage for the decisive final minutes, where the Wildcats were able to make the plays that counted.

“It wasn’t a pretty game,” allowed Kolka. “But I was proud of the guts we showed, overcoming penalties and turnovers.”

Next week sees the Wildcats visit Perkiomen Valley, one of the two schools (along with Spring-Ford) who’ve resided at the top of the Liberty Division in recent years. For Kolka and OJR, the game represents an opportunity to firmly implant themselves into that conversation for at least the 2020 season.

For the Wildcats, it’s their first 2-0 start in Pioneer Athletic Conference play since 2009, just one year before their last league title. Only one of those has much significance to Kolka.

“For a long time, we played PV first,” he said. “It’s much better to go into that game with momentum.”

Grimm added a sack on an OJR defense that made life difficult at times for Merola, holding the QB to 15-of-38 passing. Dante DeNardo contested several passes, while Bradley Quinn’s versatility underscored the Wildcats’ complete team effort mentioned by Grimm.

“We moved him from linebacker, to tackle, to defensive end and back to linebacker again,” said Kolka. “He’s a kid who just says ‘yes, sir.’ I’m proud of the way he works and just gets the job done.”

On Friday night, that selflessness was a team-wide trait — no frills, no flash, just results.