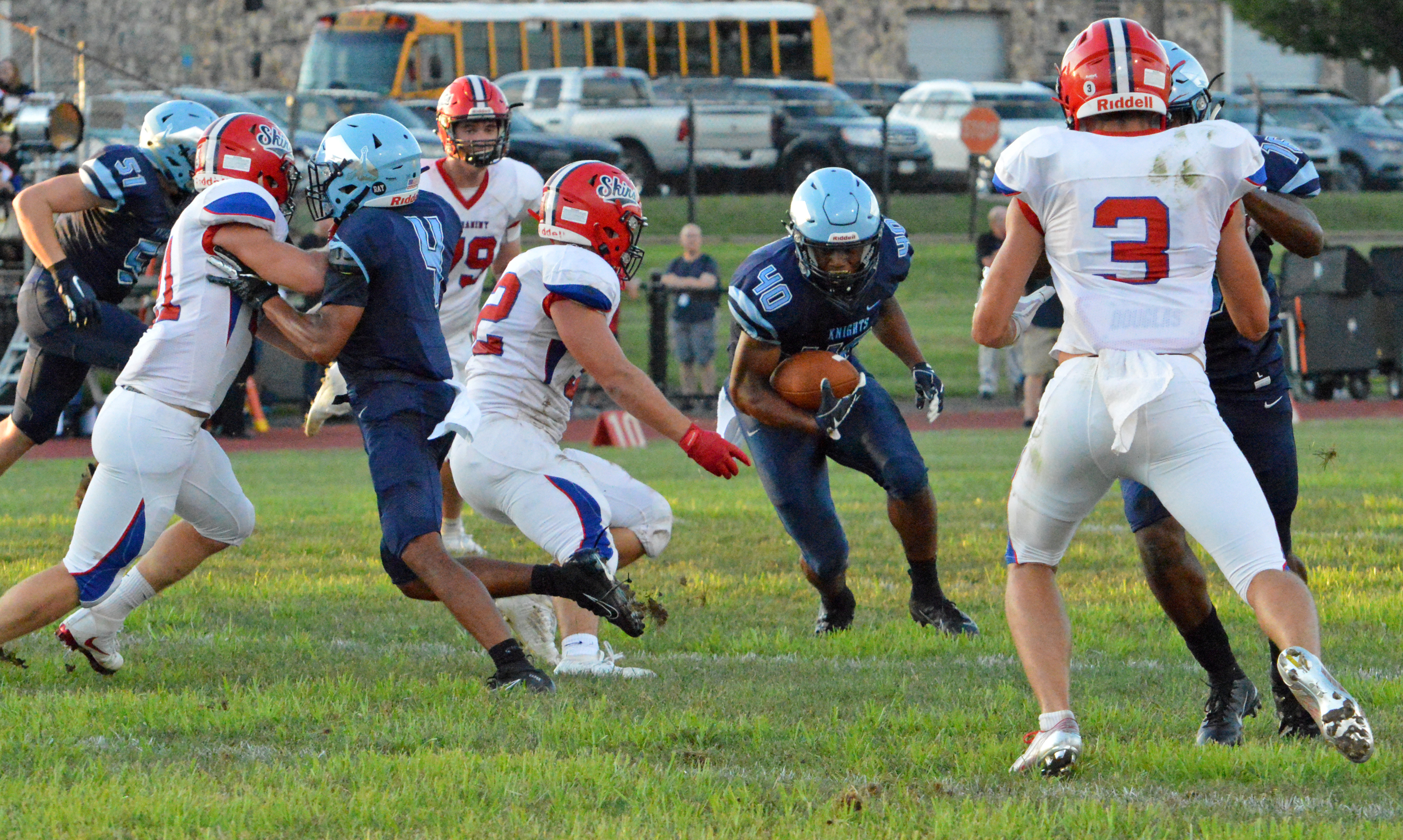 North Penn's Khalani Eaton carries the ball during the first half of the Knights' game against Neshaminy on Friday, Aug. 23, 2019. (Debby High/For MediaNews Group)

The season is finally here, and North Penn-Neshaminy is a pretty good way to get things started.

The two longtime rivals square off in the season opener at Neshaminy High School Friday night, this time as Suburban One League National Conference foes.

“We have a good game plan for Neshaminy so we should be good going into the game,” middle linebacker D.J. Fisher said before a Knights practice last week.

North Penn hopes to duplicate its effort from a year ago against the Skins, when the team enjoyed a 55-34 victory. NP racked up 432 yards on the ground in the August season opener last year, with 280 of those yards supplied by Khalani Eaton.

Eaton will be a big part of the NP offense once again. Ryan Zeltt is a year more mature and experienced for the Knights under center.

The team also likes the bond that it built during the rough spring and summer.

Neshaminy is big on both lines again, and has 6-foot-4 Jarrett Lippincott to open up holes on the offensive side of things.

Realignment thrust the two teams back into the same conference once more, and it’s a fitting way to start off 2020.

Said Knights coach Dick Beck of the schedule: “We have Neshaminy and Pennsbury and then the three CB’s, which will be nice because they’re not too far away. Hopefully we can have some success.”

Owen J. Roberts at Methacton
When/Where: Friday, 7 p.m. at Methacton.
Records: OJR is 1-0 overall and 1-0 in the PAC. Methacton is 1-0 overall and 1-0 in the PAC.
Last Week: OJR rolled, 37-7 over Boyertown. Methacton was an 18-12 winner over Upper Perk.
Players to Watch: Senior wideout Christian Grossi had a 45-yard touchdown run for the Wildcats last week. Mike Merola’s 14-yard TD pass to Justin Gumienny saved the day last week for Methacton in the final minute.
Prediction: OJR 24, Methacton 18.