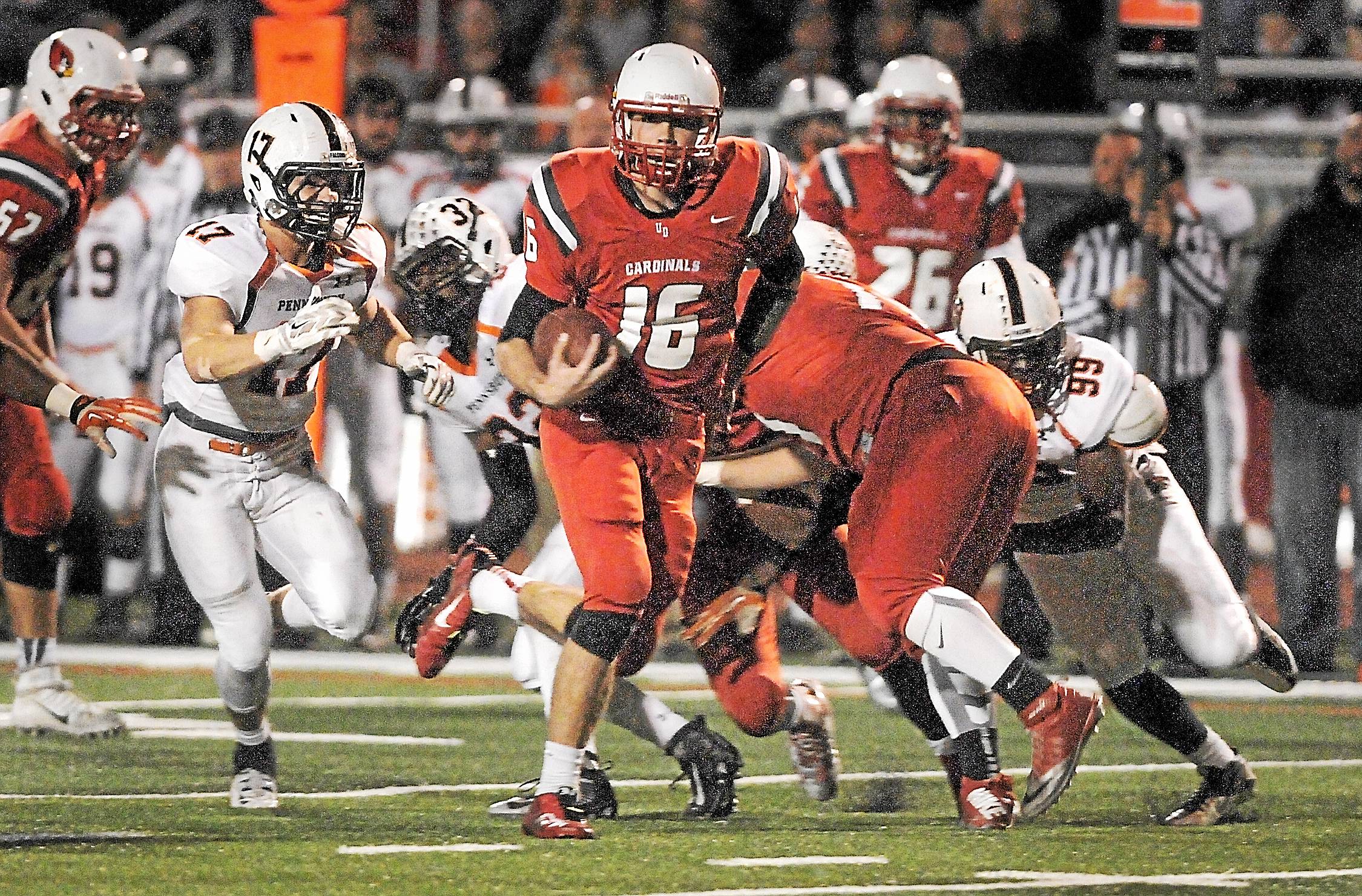 Upper Dublin football won its first district championship in 2015 and most agree it was the greatest team in program history.

The Cardinals went 14-1, winning the Suburban One League American Conference with a perfect 7-0 league record. In the District 1-4A playoffs they dominated Garnet Valley in the first round and Upper Darby in the second. In the semifinals they avenged a 2014 playoff loss against Pennsbury, 24-14, before cementing their legacy with a 46-21 win over North Penn in the championship game.

For all their accomplishments, they earned the No. 5 seed in the Reporter/Times Herald/Montgomery Media Football Team of the Decade tournament. They’re currently sitting in the semifinals after beating No. 12 Cheltenham 2019 and No. 4 La Salle 2010 in the first two rounds.

The Cardinals season ended a week after the biggest win in program history. They lost to Parkland, 30-14, in the PIAA-4A Eastern Final and state semifinal, but that didn’t diminish what the team accomplished.

“They’re the best to ever wear the football uniform at Upper Dublin,” longtime coach Bret Stover said after the season-ending defeat. “We thought we had a shot there in the second half — we were up. But hats off to (Parkland). They wore us down and they made the plays when they needed to.”

Stover made the offense go. A two-time Times Herald Offensive Player of the Year in 2014 and 2015, the senior signal-caller threw for 2,525 yards and 27 touchdowns. With his legs he added 1,004 yards and 13 touchdowns.

Lee led the rushing attack with 1,028 yards and 19 scores and Stacey Gardner added 528 yards and 15 touchdowns.

The Cardinals won the final 4A championship before District 1 football moved to six classifications. The four teams Upper Dublin defeated are currently 6A schools while the smaller Cardinals are 5A, where they won another district crown in 2018.

“We used to watch the game film and laugh,” Ryan Stover said a couple weeks after the 2015 season ended. “You’d see (the opponent’s) sidelines and their players would stretch from one 25-yard line to the other.

“Then you’d see our sidelines and it looked like we only had a couple of players there.”

The smaller roster size didn’t hurt the Cardinals. They beat Garnet Valley, 35-3, and Upper Darby, 45-14, before reaching the semifinals. Their 24-14 win over Pennsbury was their closest win of the season before the defining 46-21 win over North Penn.

Upper Dublin trailed, 21-17, at halftime against the Knights before putting together a second half for the record books. The Cardinals scored on four straight possessions and didn’t surrender a North Penn first down in the third quarter.

“It seems like, as long as I’ve been playing here, I haven’t come to know anything else but being the underdog,” Ryan Stover said. “We came into the game with the same mentality. We ran into a little adversity in the first half but we corrected what needed to get done.”

“Half of that stuff, I didn’t call. He did a lot of that himself.”

After upsets in the first two rounds of the Team of the Decade tournament, Upper Dublin is no longer an underdog. The Cardinals are the highest seed remaining in the semifinals and will face No. 16 Pennridge 2012 this week. Voting will decide the winner. Cast your vote on Twitter @ReporterSports through Saturday at noon.

The Reporter/Times Herald/Montgomery Media Football Team of the Decade semifinals preview
RACE TO THE TOP: Football coaches proud to make social issues, like racial inequality, a part of their locker rooms