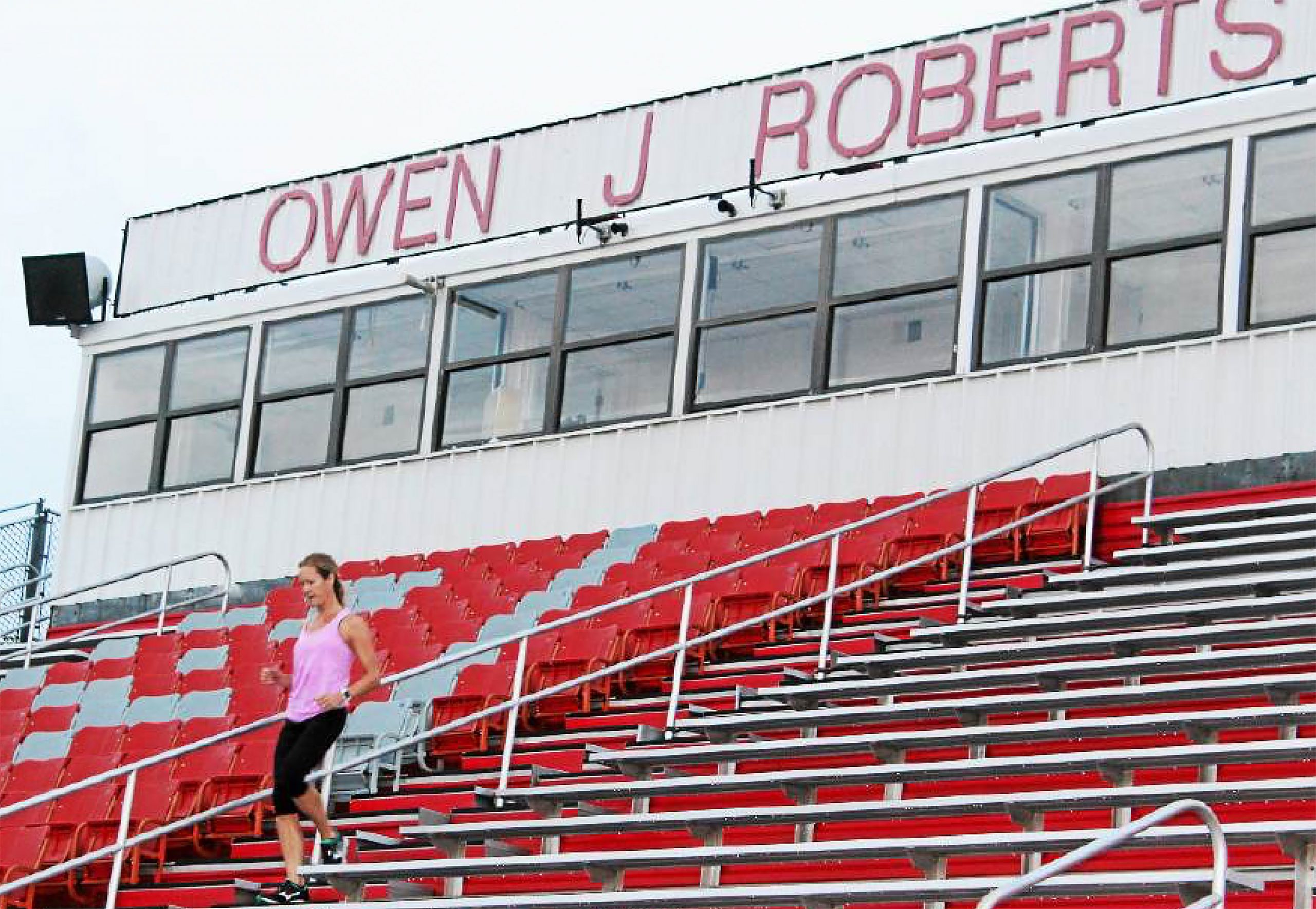 For the first time in three months, there were high school athletes out on athletic fields this week. Many others will soon join them.

Though OJR is the only Pioneer Athletic Conference school to officially begin offseason athletic activities, the rest of the PAC is currently working on their proposals, most shooting for activities to begin in early to mid-July.

“I stopped by and looked at some practices,” OJR Athletic Director Randall Cuthbert said. “It’s different. I think just everyone’s happy to be back doing something. We’re in yellow so it’s pretty restricted. It’s a total of 25 at a time, including coaches and players so some of the bigger teams have had to stagger their workouts and it’s all non-contact, agility and conditioning stuff like that. You’re limited in what you can do, but I think people are just happy to be able to do something at this point after being at home for so long.”

The PIAA announced June 5 that schools would be able to engage in voluntary out-of-season activities by July 1 as restrictions are relaxed amid the coronavirus pandemic. Governor Tom Wolf and the Pennsylvania Department of Education posted preliminary school sports guidance on June 10, adjusting that time frame and allowing schools to return to play when they developed their own Athletics Health and Safety Plan and had it approved by the school’s governing board and posted to the school website.

On June 18, the PDE announced more clear guidelines, posting a template for proposals to give schools a guide of how they should plan the actions needed to take place and procedures to follow.

Each school is tasked with formulating its own specific return to play plan using those guidelines and get them approved by the school board — or the Philadelphia Archdiocese in the case of Pope John Paul II — before athletes are allowed to participate in voluntary offseason activities.

Schools are then tasked with ensuring coaches and players are properly educated and trained to safely carry out their workouts while adhering to the guidelines put in place.

“There’s a lot of layers to this process,” PJP athletic director Joe Trainer said. “When the Governor said high school athletics can resume play, I think everyone was kind of like, ‘Great, I’ll see you tomorrow at school.’ It’s not that easy. You have to have protocols in place. Certainly we’ve been talking about these protocols for a month prior too, but now there’s an immediacy to the situation.”

“Everybody’s working to make it happen if we can,” Pottsgrove AD Steve Anspach said. “We would love for our kids to be out there participating and doing something, but with all the regulations out there it’s a serious deal that we have to put together the right plan for the health and safety for everybody.”

According to the PDE guidelines, gatherings are limited to 25 people in the yellow phase of the state’s reopening process and 250 in the green phase. Berks, Chester and Montgomery counties were set to move to the green phase on Friday.

The facility as a whole must not exceed 50 percent occupancy during both phases. No spectators are allowed for the time being as sports-related activities for schools are limited to student-athletes, coaches, officials, and staff.

Other safety measures mentioned include coaches and adult personnel to wear face masks, athletes maintaining social distancing on and off the field and screening and monitoring athletes for COVID-19 symptoms prior to games and practices. Those with a temperature of 100.4 degrees or higher, or are sick, must be sent home.

Coaches and athletes must bring their own water bottle as communal coolers are not permitted. Chewing gum, spitting, licking fingers, and eating sunflower seeds are not allowed. Equipment should not be shared when possible and if it must, it needs to be properly disinfected between uses. Athletes are also asked to avoid unnecessary physical contact like shaking hands, fist bumps or high fives.

“As of right now, it’s just how do you follow all those guidelines out there to make it work?,” Anspach said. “That’s the challenging part. You read from the Pennsylvania Department of Health, the Return to Play guidelines from the state, the CDC guidelines. The focus is trying to blend it all together so our athletes can get back on the field and our coaches can get back on the field. That was kind of the focus because with everything going on there’s a lot of recommendations and a lot of advice out there. How do you make it work for us?”

At the moment, the proposals are only for allowing athletes to participate in voluntary offseason activities. Schools will need to get another plan approved before fall sports officially begin in mid-August.

“It’s just for the summer, the voluntary workouts and things like that,” Cuthbert said. “Districts are going to have to submit another plan in August for the school year. We’re kind of approaching this as this is our plan, we’re adapting things kind of as they come up and it’s kind of like a trial period. What’s working? What isn’t? Then the next plan in August we’ll kind of be reviewing that stuff and looking how things went, what we can do better, what worked and stuff like that.”

Communication has been invaluable in putting the proposals together. Athletic Directors have worked with coaches, trainers, principals and other administrators at their respective schools to figure out the safest way to return to sports.

Trainer said he has gotten on a few national calls to talk to athletic directors around the country to see what measures they are putting in place to ensure a safe return to high school sports.

There has also been a large amount of communication between the PAC schools with athletic directors and administrators from the league getting on conference calls with each other multiple times a week.

“How are we going to do the little things to make sure our kids have as little exposure to any potential threats as possible?” said newly appointed Phoenixville AD Don Grinstead, who doesn’t officially begin his duties until July 1. “There’s a lot of little details in here and it takes a lot of thought process. In our conference, we’re all sharing ideas and we’re all trying to find different things. We’ll be on a conference call and someone will say something and it will be, ‘Oh, I hadn’t thought about that.’ … There’s a lot of things we take for granted in a normal life situation that now we have to start to process.”

“I’m pretty happy and pretty proud that all of our administrators, all of our ADs and all of our superintendents, it’s like we’re all in this together,” Grinstead added. “The fact that we’re having so much dialogue and so many meetings right now, I think that speaks to the cooperation we’re all showing with each other and the respect and the care that we’re putting in for our kids.”

The consensus among the area’s athletic directors and many others trying to plan for a return to athletics is that the biggest challenge is not knowing what the future holds.

While lots of time and communication have been put into each school’s planning, it’s apparent that those plans will have a lot of give and take as more information comes and counties move between the red/yellow/green phases of reopening.

“Obviously we want to get the kids to work and get out there, but at the same time safety is still the priority,” Cuthbert said. “Things could change quickly either way. Everyone is just going to have to be ready to be flexible and change between phases if that’s what’s going to happen.”

Each AD made sure to note the safety of their students, coaches and others was paramount in all decision making. While the planning can only look so far down the road, it’s fairly clear that high school sports will look a lot differently for the indefinite future.

“The big thing is that these are new normals,” Trainer said. “It’s not like there’s a return to any state. It’s kind of like we’re basically forging new territory here whether it’s face masks or temporal scans, taking temperatures. At the end of the day, until you get a vaccine, you’re talking about policies. … I just think the consensus is that we want to go slower rather than faster because what we do in the fall potentially impacts what happens in the winter and the spring.”