Senior Spotlight: Horn was the consummate captain for Pennridge 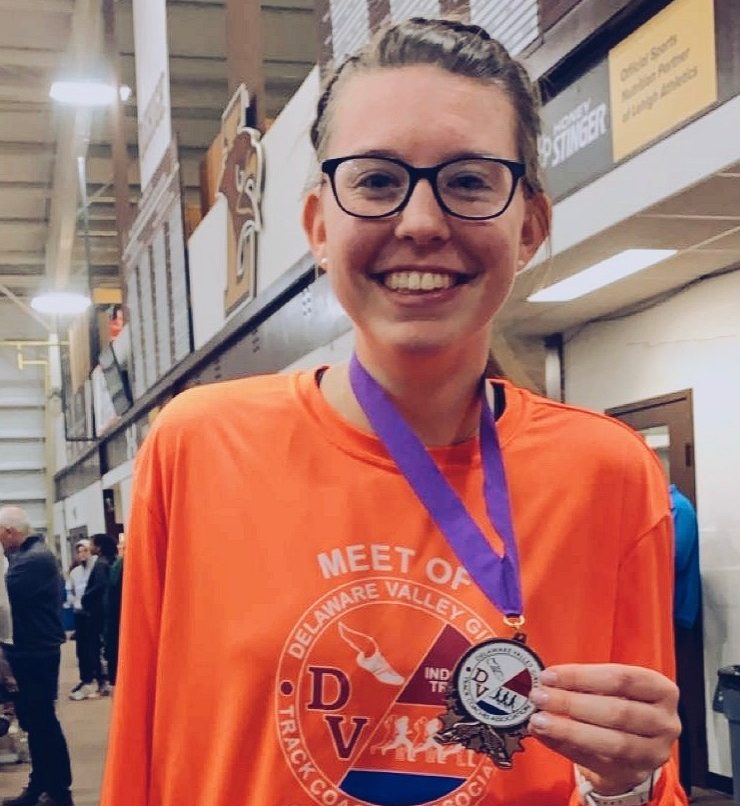 She embodied the role of captain.

“As a freshman, I joined the team with no experience at all,” she shared. “I remember the first practice like it was yesterday. I was so nervous, once I arrived, I quickly realized that I had not trained nearly as much as any of the other girls.

“As soon as we started running, I quickly fell behind. I got very close to giving up because I had no clue how I was ever going to catch up. A few of the seniors came back to run with me and cheer me on to keep running. If they had not done that, I really do not think I would have come back the next day. Those girls are one of the reasons why I stuck with running.”

Horn was a four-year letter winner in cross country as well as indoor and outdoor track. The middle distance runner was also a medalist at the Indoor Meet of Champions, as part of a stellar 4×800 group.

She ran her personal best that day.

By her senior year, Horn was passing on everything she learned. Her guidance went a long way.

“I know what it feels like to be last in a race and to feel like you will never catch up,” she said. “I didn’t want any of the girls on the team to give up. I made it my goal as a captain to try and keep the girls motivated, cheer them on and reassure them that every run would get a little easier if they just kept trying.”

Full steam ahead >> Horn came into the spring with lofty goals in mind.

“My biggest goal that I had coming into the spring was breaking two minutes and 30 seconds in the 800,” she said. “Another goal I had was to leave everything on the track every race.”

“I have missed my team and coaches so much,” she said. “Training without them is so much harder. The team is like family to me and not seeing them and working out with them everyday has been so tough.

“Running is so much easier when you are surrounded by teammates and coaches that push you to be the best you can be.”

A passion for the sport >> Horn found a sport in which many shared the same type of passion.

“The thing that I like most about track and field are the people,” she said. “While competing, I have met so many amazing people and made so many friends on other teams.

“It was always nice to compete and have friends from other teams on the line with you. If they weren’t running in the race with me, I always heard familiar voices all the way around the track cheering.”

With more free time, Horn took to hiking, spending time with family, and digging up some of the old crafts she used to work on when she was little.

She also did some reflecting.

“Competing for Pennridge is special to me because it is the first team that I have ever been a part of,” she said. “The kindness and support that comes with wearing the Pennridge uniform is like nothing else and I am going to miss it greatly.”

And she isn’t done running.

“I am attending Bucks County Community College in the fall and if work doesn’t conflict, I definitely will be competing,” Horn said.