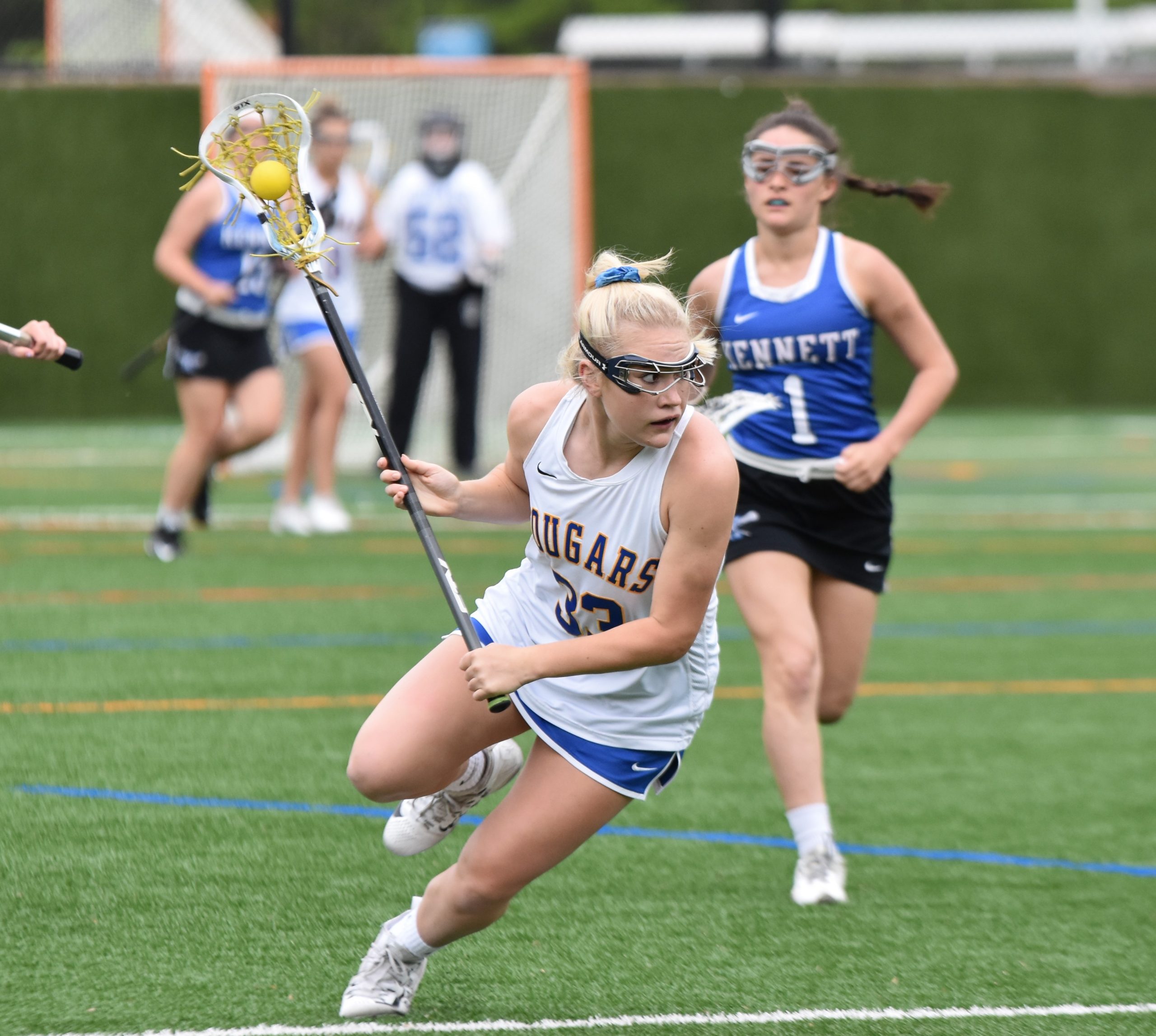 Olivia Fanelli, who as a junior midfielder played a key role in Downingtown East winning the Ches-Mont League girls lacrosse title last spring, was really looking forward to a possible repeat in 2020.

“This year I was really looking to win Ches-Monts again — I really wanted to keep that streak going with the team,” said Fanelli. “While I’ve been at East, we’ve also had a couple runs in the state tournament with [coach] Christa Somits, and I wanted to be able to compete in that again in my final season.”

Fanelli will continue her lacrosse career at Monmouth University, where she plans to major in marine and environmental biology and policy.

“I’m an outdoorsy person, so I can’t imagine graduating and college and going right into a nine to five desk job,” said Fanelli. “All I know right now is that I want to be doing something outside to help our planet.”

Before the 2020 PIAA lacrosse season was cancelled April 9 due to the COVID-19 pandemic, Fanelli had been working on her strength and conditioning, with help from the Driven Strength and Fitness team, led by Rory Fitzpatrick.

“They trained the East team in the winter leading up to the spring season and I was in the best shape of my life thanks to them,” said Fanelli.

With additional time on her hands after April 9, Fanelli has put it to good use.

“With this time off I’ve been able to really focus on my goals going into my freshman season at Monmouth University,” said Fanelli. “I’m so excited to be a part of that team next year and I can’t wait to go into that season with the same fire and intensity I was about to bring into this senior season.”

“Liv has been an essential player for us in all parts of the game – attack, midfield, and defense,” said Joran. “She brings a speed and intensity in everything that she does on the field, which makes her a very tough opponent to face.

“And, she’s been an outstanding leader for us throughout the off-season and was a key in keeping our team positive and motivated during our school closure and the ultimate cancellation of her senior season. I’m really proud of the well-rounded and hardworking individual [that] we’ve watched her grow into during her time at East. We can’t thank Liv enough for the hard work and commitment she has shown our team during her time here.”

Fanelli credits her mother, Jen, for sparking her initial interest in the game.

“If it wasn’t for my mom, I wouldn’t be going to college to play the sport I’ve come to love – she has been my coach since my early days of LYA [Lionville Youth Association] lacrosse, and all through my travel lacrosse years with the PA Express club team,” said Fanelli. “She was a major help with my recruiting process, along with Lynda Michaels, another of my Express coaches. From these women I’ve learned to always work my hardest and never settle for anything less than perfect.”

In the past few years, Fanelli has tried to pay it back to the LYA lacrosse and PA Express teams, by assisting with those squads when she had time.

“I was trying to give back to the programs that helped me become the athlete I am today,” said Fanelli. “I wanted to have an influence on the young kids that I know older players had on me at that age.”

“I was planning to continue with fall sports until lacrosse became a year-round deal,” said Fanelli. “I was going to so many prospect days and camps in the fall and winter trying to get recruited that I didn’t really have time for much else.”

During her freshman to junior years at Downingtown East, Fanelli was coached by Christa Somits.

“I wouldn’t be as tough as I am today if it weren’t for her,” said Fanelli. “The most important lesson I learned from her is that any effort less than 110 percent is unacceptable. Because of her I work so much harder and I am always trying to exceed expectations.”

During her junior year, the Cougars captured the Ches-Mont League title, and Fanelli received second team All-Ches-Mont League honors as a midfielder. Fanelli’s favorite memory of the 2019 season was a hard-fought 12-9 win against Bishop Shanahan in mid-April.

“Every single person on the team was fired up for that game, we wanted to win so bad,” said Fanelli. “Multiple yellow cards were given by the end of that game, and we had to play the last 11 minutes with three fewer girls on the field. I think the intensity of that game makes it stand out so clear in my mind, and I remember every single player on that field playing with everything they had in them.”

“I got an invitation in the mail from their assistant coach, and after the first day of camp I knew that’s where I wanted to go,” said Fanelli. “I had been to numerous other schools’ camps and play days, testing out if they were the right fit. I was iffy about all of them, except Monmouth. I loved the coaching staff and the current players instantly, and with the overall vibe I got from the school I knew it was the perfect fit.”