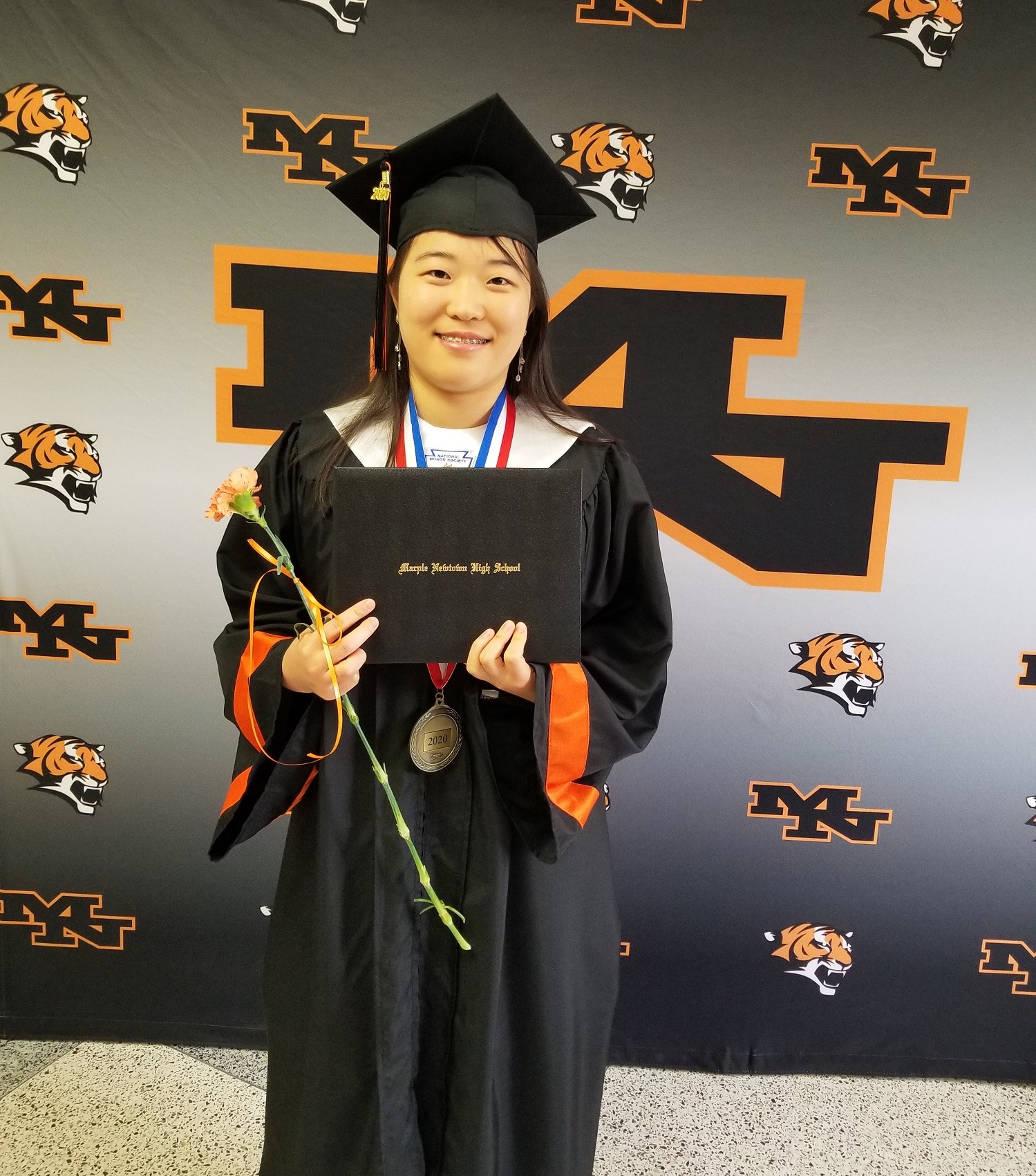 As a freshman at Marple Newtown, Gillyoung Koh was looking for ways to get more involved. Already a member of the golf team, Koh sought something that might bring her out of her shell.

So when a friend told her about volunteering at Bryn Mawr Hospital, Koh jumped at the chance.

“I thought, ‘let’s try it, it’s something new, I’m going to break out of my shyness,’” Koh said Monday. “So I applied for it and ever since then, I’ve enjoyed volunteering there, talking to the nurses there. It’s like a recharge for me, so when school is tiring, it’s just a nice energizing thing for me to say, hey I’ve got this.”

Volunteering at the hospital’s pediatrics unit was a regular part of Koh’s pre-pandemic schedule, the senior reserving a three-hour block each Friday afternoon. It’s been part of a routine that has helped her excel in the classroom and on the course.

It’s also why Koh was recognized with the Cirilli Community Service Award Sponsored by D’Anjolell Stigale Memorial Home as part of the Delco Athletes Hall of Fame’s annual student awards. Cameron Wolf, who suffers from cystic fibrosis but has risen to become a captain of the Penncrest hockey team, was awarded the Ernel Construction Courageous Athlete Award by the Delco Athletes Hall of Fame. (Submitted Photo)

Though the Hall of Fame was unable to holds its annual awards banquet due to the coronavirus pandemic, president John Leary felt it was important to maintain a sense of normalcy by still recognizing outstanding athletes.

“What we decided we were going to do, the one thing we could control, is to award these kids the scholarships that we give them,” Leary said. “We said that we can do that. We had problems with having the banquet and social distancing and things that we have to do, but there was no reason why we couldn’t get nominations, have our board meeting and announce the winners.”

One of the things Leary most looks forward to at this time of year is the banquet, for the connections it fosters. Being able to recognize athletes and their families is a cornerstone of the Hall’s mission, and Leary was happy he could replicate some degree of that by contacting each winner personally. He hopes in the near future, as conditions allow, to have the Hall present awards in person.

“The student banquet has always been a high point for me because I spent 35 years in education,” said Leary, a former principal and head football coach at Penn Wood. “It’s an opportunity that I have to speak to each of those award winners when we have the banquet. I miss that.”

Koh’s volunteer work exceeds the hospital visits, and has helped influence what she wants to pursue professionally. Koh will study biology at Bryn Mawr University in the fall. She’s unsure what direction of the health sciences she’d like to take, having shadowed dentists, doctors and chiropractors and looking forward to the research component college will entail.

She also volunteers at the Marple Library and has participated in charity walks like the Main Line National Alliance on Mental Illness (NAMI) 5K and the Walk MS at Ridley Creek State Park.

The MVP of Marple Newtown’s golf team last fall, Koh is a member of the National Honor Society and Science National Honor Society. While Bryn Mawr doesn’t have a golf team, she’ll continue competing through the Philadelphia PGA Junior Tour. She sees golf as a way to make new friends and connect with family members, especially her grandfather.

“It helps me to learn life lessons, lessons that I do not think I would’ve learned in school, and at the same time bond with new people,” Koh said. “Because of golf, I made so many good connections with elders and people I never met before. …

Catka, the male student athlete of the year, is the most decorated wrestler in Delaware County history, a three-time Daily Times wrestler of the year and four-time All-Delco. The Sun Valley star is Delco’s only multiple-time state champion and one of only 10 state champions in county history.

In the classroom, Catka is an honor-roll student and a member of the Science National Honor Society.

Where Catka is one of the best specialists in Delco history, Long etches her name into the pantheon of outstanding multi-sport athletes. She started for the basketball and lacrosse teams at Springfield since she was a freshman. Long led the Cougars to the PIAA Class AA championship last spring in lacrosse and helped the basketball team capture a second District 1 title in her career, winning the Class 5A crown in February.

Long is the basketball team’s facilitator as the starting point guard. She was a second-team All-Delco in soccer in the fall, the Cougars’ offensive MVP on the way to a first playoff berth in five years. A midfielder/defender in lacrosse, she was a captain as a junior and tied for the team lead with 67 goals, plus 10 assists, including four goals in the PIAA semifinal. She’ll attend the University of North Carolina.

Wolf, the recipient of the Courageous Athlete Award, was born with cystic fibrosis, requiring twice-daily nebulizer treatments. Despite that, he was named a captain of the Penncrest hockey team and played in all 18 of the team’s games. A defenseman, he was the team’s second-leading scorer with five goals and four assists.

Wolf is a three-year varsity player, was the 2019-20 team MVP and won the Ice Hockey Club Scholarship.