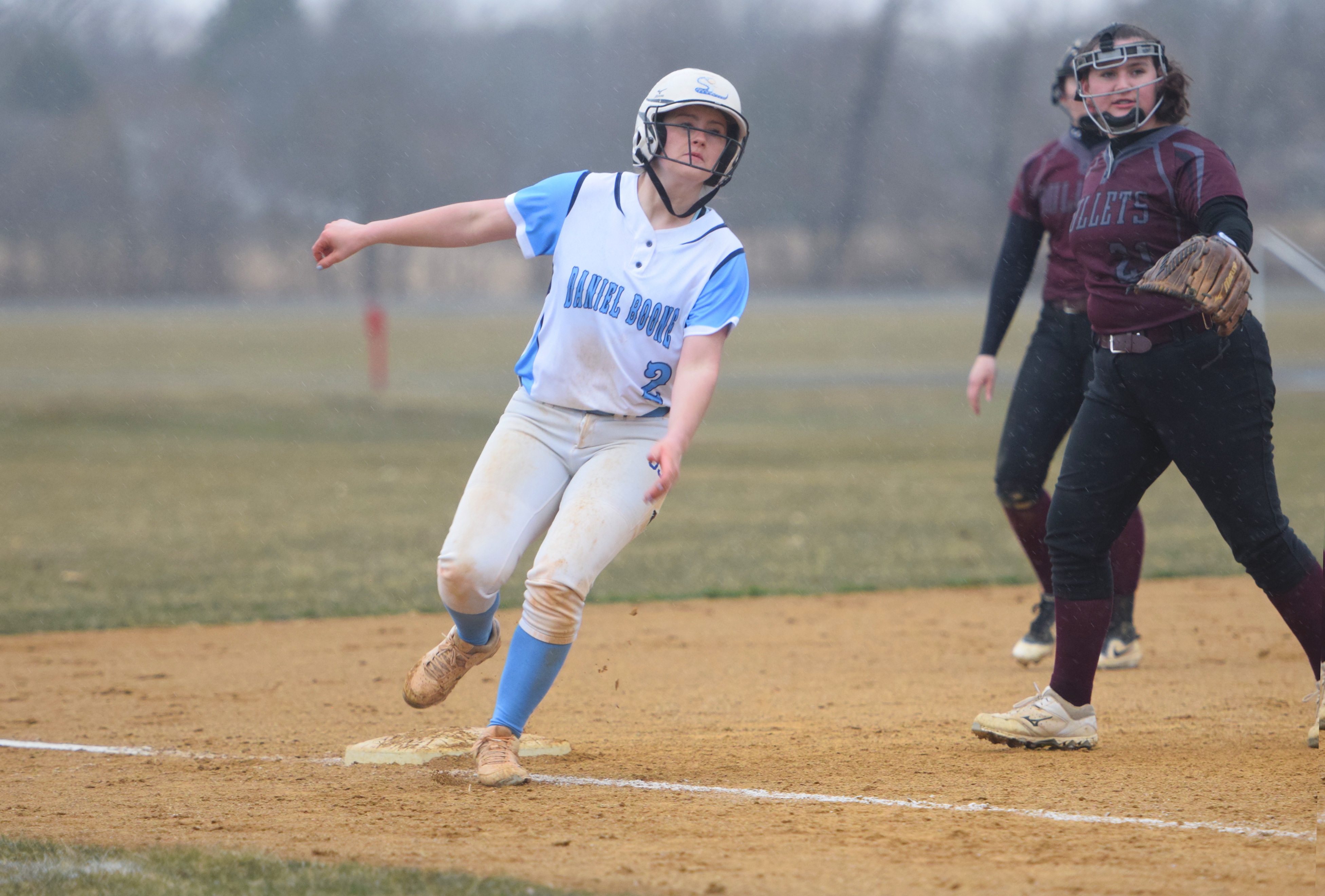 She’s had a number of options for her athletic and collegiate careers.

Elizabeth Nitka had success in three different sports during her formative years and scholastic career at Daniel Boone. When she started looking at colleges recently, there were three high-level ones on the senior’s short list of possibilities.

So when it came time to make choices for the future, softball and Colgate University were her hand-in-hand picks.

Nitka chose softball over soccer and basketball, ultimately developing into a state-level star during her playing days at Daniel Boone. She will work on refining her diamond skills with Colgate’s NCAA Division I program, which she chose over Drexel and Penn State universities for the next stage of her academic and athletic careers.

“The community is great,” Nitka said of the decision to go to Colgate. “Everyone knows each other. I like that.”

She actually gave Colgate a verbal commitment her sophomore year, then made it official in 2019 by signing her national letter of intent. She was able to do that because the process predated an NCAA statue prohibiting colleges from making contact with high-school prospects until Sept. 1 of their junior years.

Nitka signed her NLI to play D1 softball at Colgate University where she will major in the science field.

A member of the National Honor Society, Nitka is giving thought to pursuing a physics curriculum.

Nitka played club soccer for one of Pennsylvania’s best organizations, FC Revolution. She was also a standout point guard on her middle school basketball team.

But her prowess in softball carried the day. She validated the decision with a stellar high-school and travel-team career.

“At the time, I liked it way more,” she said. “I was better at softball.”
Nitka got her start in Tee Ball, playing softball around ages 6-8. She played travel ball with the Strikers’ Newtown Rock program when she was in middle and high schools.

Playing both that and high-school ball didn’t pose any logistical problems for Liz,

“When high school ball starts, the travel teams pause their play until it’s done,” she explained.

Nitka developed into a multi-position player. Playing third base in both programs, she also saw action at second base and the outfield in travel ball.

Playing the “hot corner” proved to be her preference.

“The hits are harder, and you have less time to think,” she said. “It’s more instinctive and reactive.”

Nitka’s high-school success translated into Berks County League and second-team PIAA All-State honors her sophomore and junior years, She also was named to the Mercury All-Area softball first team the past two years.

A starter at third since her freshman season, she was also looking to be a three-time team captain this spring. But the COVID-19 pandemic outbreak, which forced cancellation of the 2019-20 school year from mid-March on, got in the way of Boone’s hopes to build on its 2019 success — a 9-1 run in Berks play, 18-6 overall — with a roster returning many of the same players.

“I was devastated,” she said. “We were supposed to be pretty good.”

Her best experience in Boone softball came in 2018. The Blazers went 8-2 in Berks I (18-4 overall) and won the county playoffs, in part off the play of her and seniors like Heather Hall and Sydney Hayes.

That same year, her travel team won a national-level tournament in Colorado. Joining Nitka on the team were standout Twin Valley players like Sophia Marsalo and Emily Schumacher.

To prepare for Colgate, Nitka has been working out at home with help from her father, Joe. Her regimen includes hitting grounders in the street and workouts in the basement.

Liz will be heading to Colgate Aug. 23. Following a week of orientation, she will join the softball team for its fall season.

The Red Raiders got the 2020 season off to a respectable start. They played four tournaments — the best one in the Feb. 28 Stetson Invitational in Deland, Fla., where they went 4-1 — on the way to a 12-8 record before the season was halted.

“They would have done real well this year,” she said.

The possibility is Nitka will play at third.

She will be joined at Colgate by a familiar face: Kara Fusco, who will be graduating from Perkiomen Valley. They were teammates in travel ball and faced off in high school during their careers,