SENIOR WEEKS: Coatesville’s Trego was ready to help Coatesville get back to the top 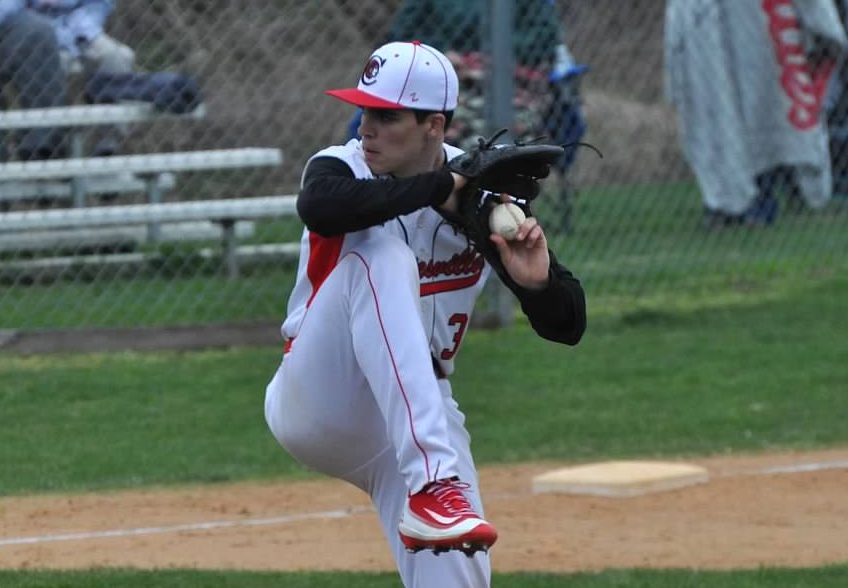 The Red Raiders have always been a close, tight-knit squad that generally gets the most out of its talent and battles you pitch by pitch for entire seven full innings. Any area team would tell you that any time you play the Red Raiders, you are in for quite a battle. This year, Coatesville was hoping to contend in the ultra-tough Ches-Mont League National Division and make a return trip to the District 1 Class 6A playoffs.

But the Red Raiders, like every other baseball team in Pennsylvania, saw their season cancelled due to the COVID-19 pandemic. And that prevented nine senior Coatesville baseball players from finishing their respective high school baseball careers. One of the most important Coatesville seniors looking to make big things happen in 2020 was senior hurler Cam Trego.

Trego was coming off a successful 2019 season and the Red Raider was looking, along with fellow senior Derek Seagreaves, to lead Coatesville to the top the heap in the Ches-Mont National Division after qualifying for the District 1 playoffs in 2019.

“We had nine seniors and we were all close,” Trego said. “You could say we had a bond together and that is why we thought we would have a good year. With me and Derek at the top of the rotation, we felt our pitching was as good as anybody. We were all hoping the season would start when it was delayed but then you have to be realistic and as the day went by and more cases of the virus showed up, we pretty much knew the season would be cancelled.”

Long time Coatesville head coach Hal Ziegler was also excited to see what his senior class was going to do in 2020.

“We had nine seniors who have all played together,” Ziegler said. “And six of those seniors were going on to play college baseball. We felt good about this season and Cam Trego was going to be a very important part of our pitching staff this season.”

Coatesville, under Ziegler, has always been known as a fierce hitting team, and Trego felt, with a deep pitching staff, the Red Raiders were loaded for bear this season.

“We had a lot of good hitters and our offense was very solid,” Trego said. “We felt like we had the team to really contend and get to districts and make the state playoffs this year, but now we lost our senior season and there is nothing you can do about it. It is very frustrating to not have a chance at your senior season.”

Trego is still undecided about his college destination but there are a couple of requirements for the Red Raider senior.

“I don’t know where I am going yet but I do know it is going to be somewhere down south and I want to play ball there also.”

SENIOR WEEKS: Henderson’s Hicks hoped for big season on the mound, but now focuses on future
Former Rustin star pitcher McMahon hoping to hear his name in first round of draft