Senior Spotlight: Walker shaped by experiences on and off fields at Pottsgrove 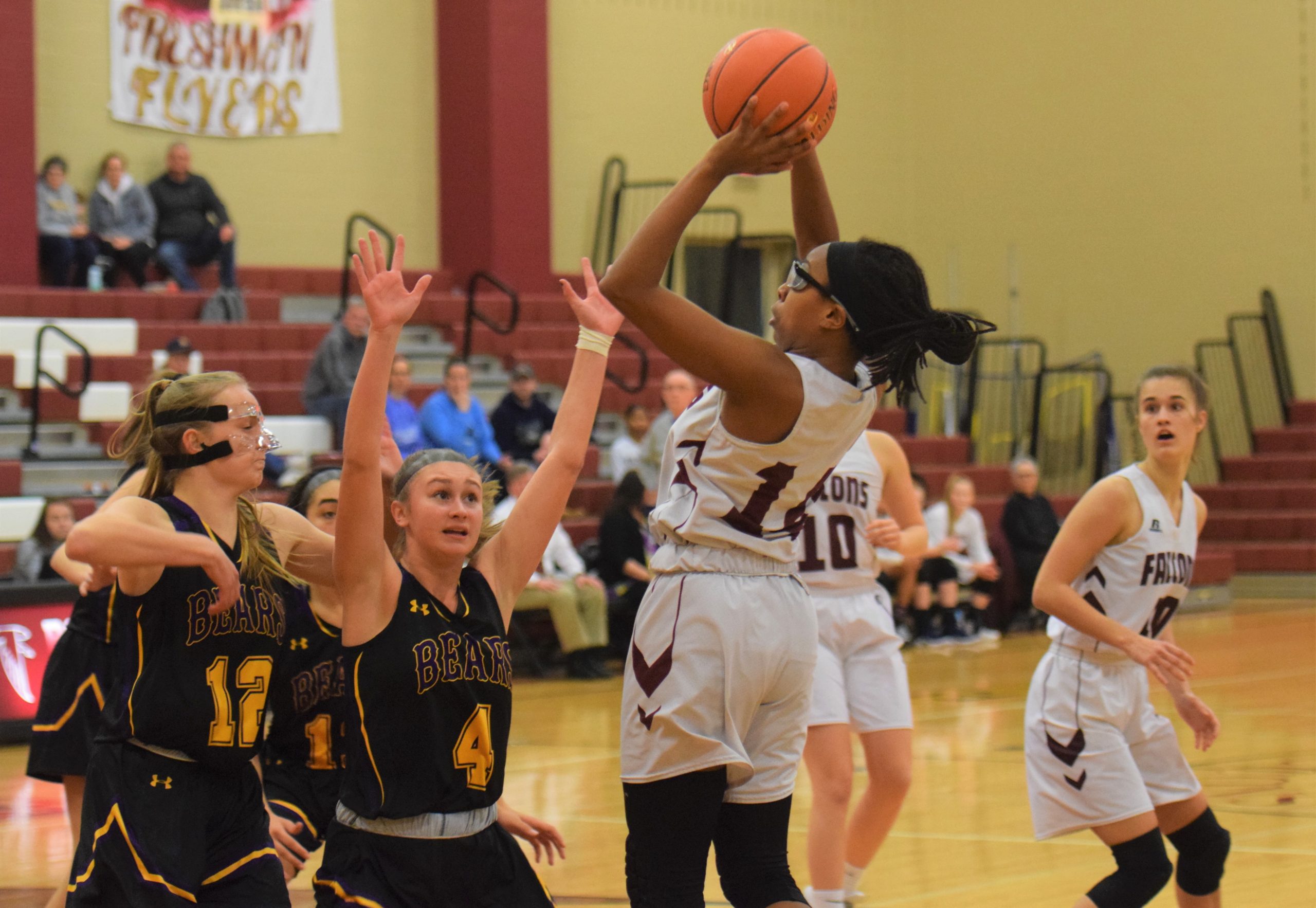 Summer Walker had a lot going on during her four years at Pottsgrove.

Along with balancing three sports and a job, she excelled academically, earning a full scholarship to Penn State University’s engineering program.

Though it wasn’t always as easy as she made it look, Walker said she wouldn’t trade her time as a Falcon for anything.

“It was memorable for sure and hard because the level between middle school and high school is completely different, but I wouldn’t have wanted it any other way,” Walker said. “They push you a lot more and it creates more skills that you didn’t even know you were able to do.

“That’s what I really appreciate from the coaches because that transfers from being an athlete but also as a person. I’ve been able to build so many memories with all these people from Pottsgrove because of my being included in sports. My high school career wouldn’t have been what it is without being so involved.”

Walker played multiple seasons on the girls soccer, girls basketball and girls lacrosse teams at Pottsgrove. She said basketball is her favorite of the sports she played. Her father Thomas Walker played hoops for Phoenixville and she’s played competitively since elementary school.

During her freshman year, Walker skipped soccer season as she adjusted to high school and started her athletic career at the varsity level for the Pottsgrove basketball team. Falcons’ girls basketball coach Mike Brendlinger said Walker was one of his top defenders during her four years, often matching up with the other team’s top perimeter player.

Walker added that defense is her favorite part of the sport, preferring to swipe the ball or keep an opponent from scoring rather than put the ball in the hoop.

“She was a really good athlete and she could handle just about anything,” Brendlinger said. “If they were really quick or really strong, she could match up with them. Defense was her strength and she’d come along well, especially in the last year, on offense where she developed a jump shot to help us out on the offensive end also.”

Walker, who played soccer for two years in middle school as well as ran track, returned to the pitch sophomore year in Fall 2018 as one of the varsity team’s two goalkeepers. She held the starting goalie spot as a junior and senior, earning a 30-9 record.

Pottsgrove girls soccer coach Stephen Mellor said despite only playing the sport for about three or four months each year, Walker impressed him with her play in net, noting her athleticism, size and good hands made her well-suited for the position.

Lacrosse didn’t come as naturally to Walker when she joined the team freshman year in Spring 2018. Though Walker said her defensive skills in basketball translated well to the lacrosse field, it took time to pick up the stick skills needed for lacrosse.

Pottsgrove girls lacrosse coach Kirstin Urie added the fact that Walker is a natural lefty in addition to being a few years behind most of her teammates in experience made things more difficult. Still she managed to turn herself into one of the team’s top defensive players in three lacrosse seasons, earning second team All-PAC Frontier honors as a junior in 2019.

Walker’s teams have had quite a run at Pottsgrove. From Spring 2019 to Winter 2019-20, Walker had three straight seasons of helping the Falcons make history.

Next, Walker and the Falcons’ girls soccer team put together the best season in program history, tallying a program-best 16-6 record and advancing to the District 1-3A semifinals for the first time.

She continued that momentum with the girls basketball team this past winter, when the Falcons won their first district playoff game in almost 15 years and came one win shy of a state playoff trip.

“Each team was different in their own way, but they had similar components,” Walker said. “They were all together and most of my teammates, because Pottsgrove is a small school, the upperclassmen did transfer between each sport. I think that’s what really helped me.

“Some teammates that I had during soccer season were the same teammates I had during lacrosse season. It was the same thing with basketball. I was meeting new people, but the family component and the friendships were all the same.”

Mellor said it’s no coincidence that success has followed Walker and her teammates in whatever sport or season she is playing. There is another commonality between all three of those history-making teams: Walker.

“She wasn’t the best player on our team, but just her personality, being a good teammate, that success in the fall kind of snowballed a little bit and she kind of guided the basketball team and the lacrosse team,” Mellor said. “She doesn’t do anything flashy. She’s not this dominant voice in the room or anything like that, but she’s just very cool under pressure, she’s a great teammate and she works extremely hard.”

“We knew we could count on Summer to set good examples on the field and off the field,” Urie said. “She brought good leadership quality. That’s something that everybody on the team could look up to, even as a freshman she brought that to the team just because her work ethic is so great.”

The COVID-19 pandemic did not disrupt Walker’s senior lacrosse season as she wasn’t set to play in 2020, instead choosing to use the spring to work and catch up with friends and family, who she hasn’t been able to spend as much time with over the last several years juggling her job, academics and athletics.

She plans on getting back into sports at Penn State by trying out for the club basketball team. Even if that doesn’t materialize she plans on staying active by going to the gym, running, hiking and other activities to keep her moving. Her main focus, however, will be on engineering.

“I was really struggling with what I want to do because I’ve always loved science and mathematics, but I was also really into art and design,” Walker said. “I was talking to my guidance counselors and they recommended (engineering). I did some research and got more in depth and it really felt like where I belonged. I’m not really sure what specific engineer I want to be yet, but it’s definitely a path I want to go on.”

Walker said her experiences on the athletic fields and courts with the Falcons shaped her into the well-rounded individual she is leaving Pottsgrove.

Her coaches mentioned she was a player her peers looked up to during her time with the Falcons, and she is poised to continue her successes in other aspects of life.

“She’s just going to be an outstanding person in the future, someone you’d like to see down the road in a couple years,” Brendlinger said. “She’ll do great things.”