SENIOR WEEKS: Conestoga’s Lortz puts lost season behind her and focuses on future as a Florida Gator 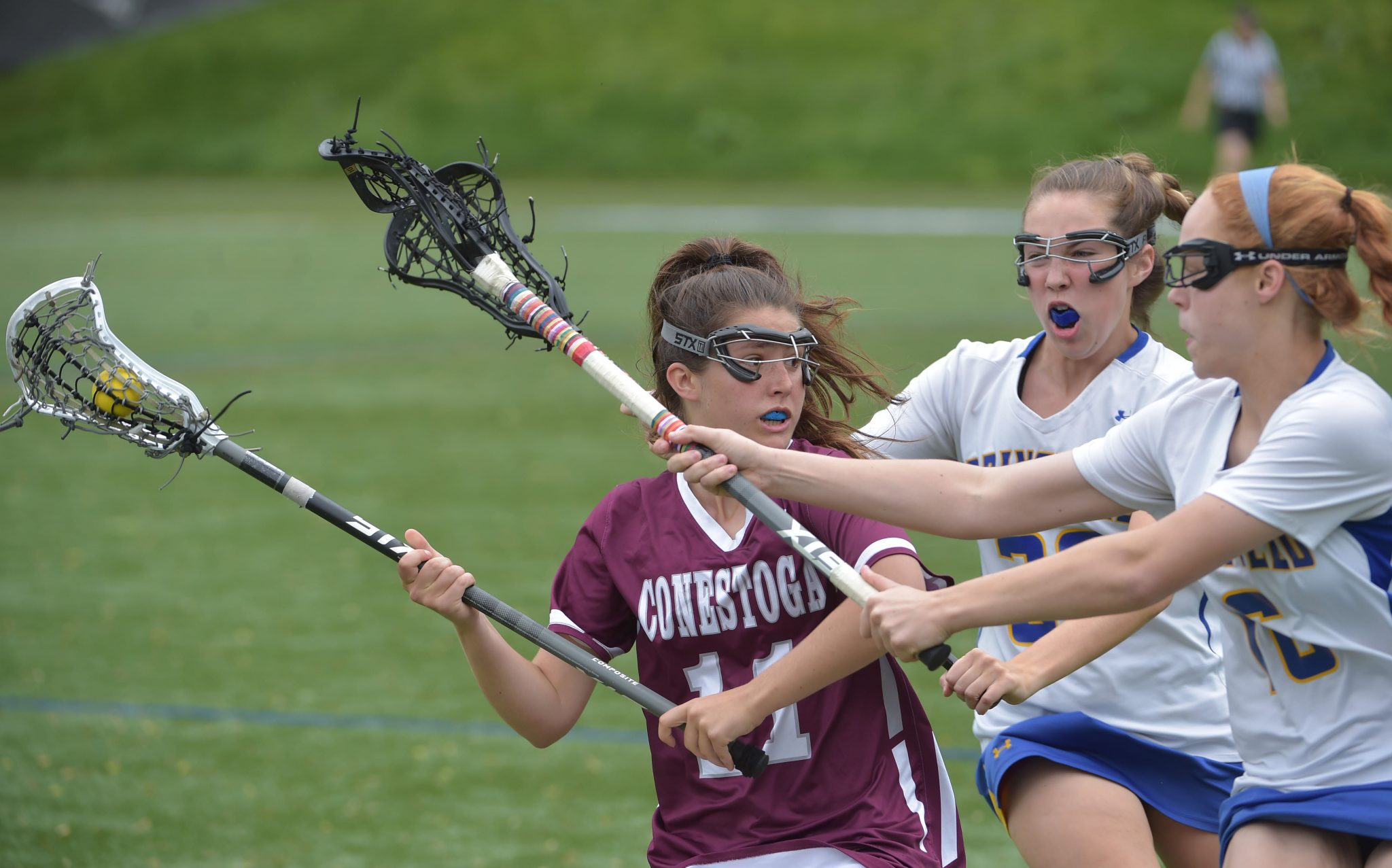 Conestoga’s Emily Lortz has a lot of strengths as an athlete, and right up at the top is that she can run … and run … and run.

In modern sports lexicon, she has “a high motor.” It is evident in cross country, where Lortz was a three-year standout and team captain last fall. And in lacrosse, Lortz used her stamina – in addition to a near legendary work ethic – to become one of the state’s top defenders heading into a 2020 season that never was.

A resident of Malvern, Lortz always liked running. But in the summer after her freshman year, she started doing some serious running on the beach at her grandparents’ house in Ocean City, N.J.

“Running is a stress reliever for me. It gives me time to think,” she recalled.

“I would run on the sand with no shoes – it’s just a freeing feeling. I would run three or four miles on the beach every day, and when I came back I realized I could run pretty far without getting too tired.”

“I know this was going to be an amazing season for her because I know how hard she has worked in the offseason. I am so bummed for her.”

The coronavirus pandemic, of course, forced the cancellation of her senior campaign. Lortz was poised for a season, but so was then entire Conestoga team. The Pioneers are the reigning 2019 District 1 champs.

“The (2020) district championship would have been last weekend,” Lortz said.

“I think about stuff like that a lot. That’s because we had such a strong group, and we were pretty confident heading in. When you say ‘could of’ of ‘should of,’ people don’t believe you. But I felt like this team was going to be better than last season. We had the talent to go all the way.”

In the previous two seasons, Lortz combined to scoop up 34 ground balls, caused 24 turnovers, and added a goal and an assist. Last summer she earned a spot on the Under Armour All-American squad from the region that competed in Baltimore.

“There’s not much to see on the stat sheet for a defender,” she acknowledged. “Some people need to see their stats, but I am more concerned with the final score.”

According to Orcutt, Lortz was the team’s go-to ‘marking defender,’ which means that in every game, she was matched up against the opponent’s top attacker.

“She rose to every challenge we gave her,” Orcutt said. “She has face-guarded and shut down many opponent’s top players. Her first step is so incredibly quick it makes her able to cause turnovers for us in the defensive end.”

Not surprisingly, Lortz relished the challenge of squaring off against highly-skilled offensive foes. She honed her competitiveness growing up with an older brother, Carson, who played tennis for Conestoga. Her dad, Daniel, is also the competitive type.

“It can get pretty heated,” Lortz said. “My brother and I have played Ping-Pong in the basement and it’s like the World Cup – it’s so intense sometimes.

“My dad and I are similar. We play cards and it can get intense. The other day we played a new one called ‘phase 10.’ Even in the ocean body-surfing, we’d watch one of us take a wave and then try to beat them on the next one.”

In the summer after her sophomore year, Lortz started contacting college lacrosse programs, but never thought she’d get any Division I interest.

“But good programs like Loyola (Md.) and Florida started reaching out, and I was shocked,” she acknowledged.

She eventually signed to play collegiately at Florida.

“One of their great defenders, Cara Trombetta, is taking a fifth year and I can’t wait to learn from her,” Lortz said.

Orcutt believes that Lortz drew the attention of big-time programs like Southern Cal and Michigan, among others, because she never seems to get tired, and is always out-working just about everybody else on the field.

“Every coach likes a player that can take risks and doesn’t tire out,” Lortz said.

“My mentality for every sport I play is pretty much the same. I just want to be the best. The standard I have for myself is that I won’t get anywhere unless I keep working. I feel I would be letting myself, and other people, down if I didn’t keep working hard.”

Senior Spotlight: Walker shaped by experiences on and off fields at Pottsgrove
All-Pioneer Athletic Conference 2020 Spring Academic and Citizen Awards