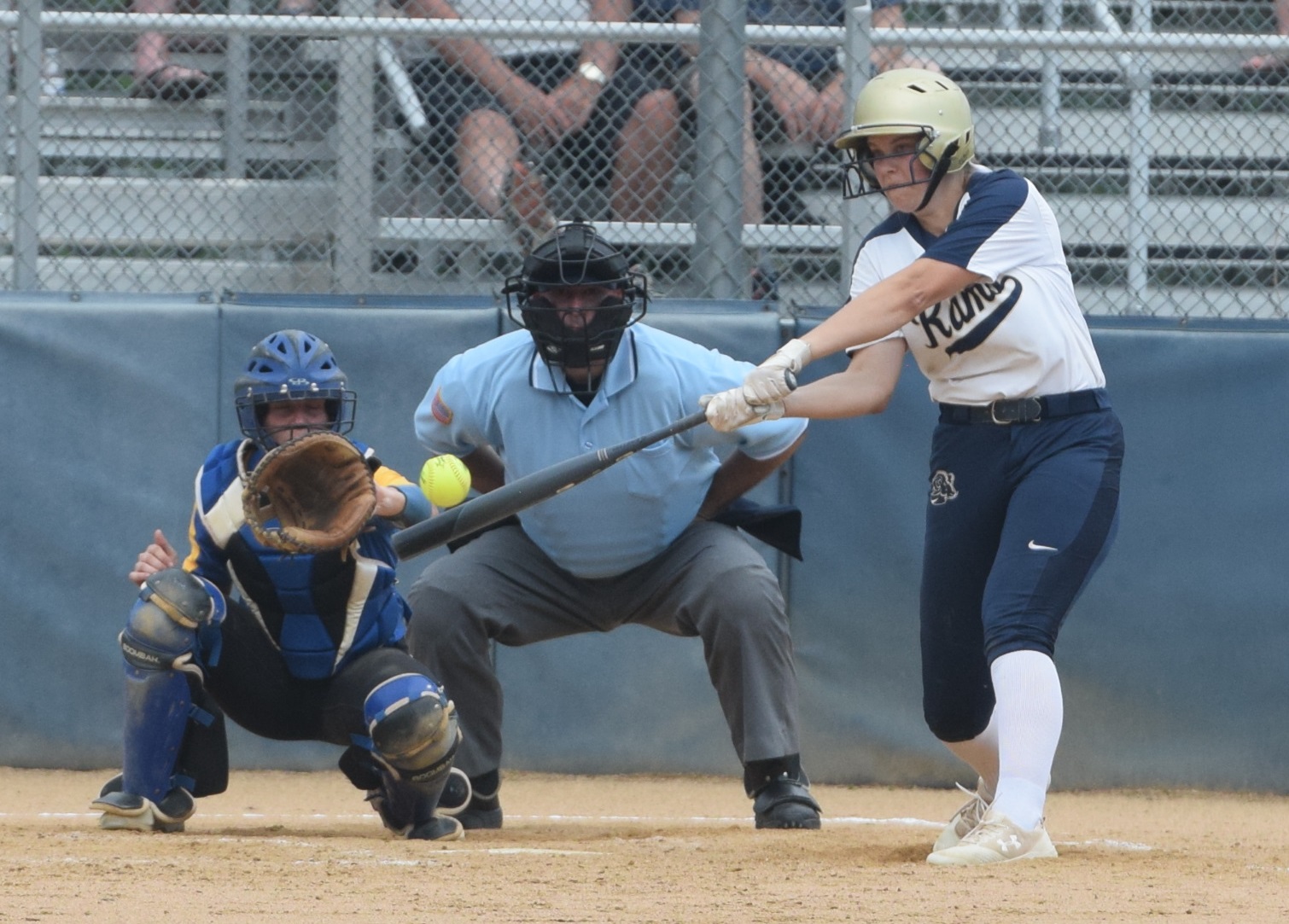 Ashley Della Guardia can recall playing first base maybe one time before arriving at Spring-Ford as a freshman in 2016.

Normally a catcher, Della Guardia quickly realized she wasn’t going to be able to carve out a role behind the plate with Mercury All-Area Player of the Year, Megan Kern, already there and another catcher in her grade.

So Spring-Ford head coach Tim Hughes put Della Guardia at first, thinking her height, her fearlessness and her athleticism would play well there.

“Part of it was natural but then I had to learn bunt coverages and all the different infield shifts that we had for a lefty slapper or something,” Della Guardia said. “I’d probably say after freshman year I got the hang of it and I started playing first base for my travel team, so I could get even more comfortable with it.”

Four years later, Della Guardia will leave Spring-Ford — even without a senior season cut by the COVID-19 pandemic — as one of the best to ever play the position for Hughes over the past 24 years.

After a standout career with the Rams, she’ll play for the University of Maryland-Baltimore County at the Division I level next year.

“She’s as talented as anybody I’ve had,” Hughes said. “If you were to give me the last 25 years and give me my best first baseman and this is it, she’s going to be in the running, definitely. I’m not quite sure if she is. I would have to think about that. But she’s definitely in the running.”

Della Guardia is a quick study when it comes to sports.

Like with softball, she realized if she wanted to see time on the field hockey team she needed to switch positions. Thinking she might be one of those cut from the team her freshman year, Della Guardia switched to goalie, a position she only played one season for a club team in third grade.

She turned herself into a standout on the field hockey team and became the Rams’ starter in goal as a sophomore, mentioning that her former catcher skills transferred over to goalkeeper. Della Guardia earned Mercury All-Area nods for field hockey the past two seasons. She also added two varsity letters in bowling her junior and senior seasons.

“I didn’t think I was going to make the team so I was like, ‘You know what I’ll just be a goalie,’ since there’s only two of them and they need another one so it will be an easy shot on the team,” Della Guardia said of field hockey. “I just stuck with it and got pretty good at it.”

“I’ve always been competitive and as much as I love to score, I love taking away the opportunity for somebody else to score,” she added. “All of the diving saves, I loved keeping the games close.”

While she’s rounded out her athletic profile by becoming a three-sport athlete, softball has always been Della Guardia’s first love.

She said her passion for the sport comes from a mix of her father, Jim, who played baseball at the University of Miami and Nicholls State University, and her sister, Jess, who played four years for the Rams from 2013-16 before a stint at Kentucky Christian University.

The love of the game has made those extra hours Della Guardia put in practicing softball during field hockey and bowling seasons enjoyable, while it may have been a grind for others.

“It wasn’t easy but I knew I had to work for it,” Della Guardia said. “Softball is fun for me so I never really dreaded practicing. Mr. Hughes says that a lot. He says he never works a day in his life because he loves what he does. That’s what I feel towards the game. I never dreaded it, so I feel like I’m never practicing.”

Though she was a starter since entering the Spring-Ford program as a freshman, Della Guardia has not let her work ethic slip.

“I just knew that whenever I get older that there’s going to be someone younger than me who’s at my skill level or maybe even higher,” Della Guardia said. “So I always just worked on the weekends, got extra swings in, just practiced really hard.”

During her time with the Rams, Della Guardia’s teams won two Pioneer Athletic Conference championships (sharing the title with Upper Perkiomen in 2018), went to the District 1-6A semifinals twice and competed in the PIAA tournament two times, advancing to the state semifinals in 2017 and 2019.

Along with working to improve her game, Della Guardia said she also took a leap forward off the field this season, becoming one of the leaders of the team, which had aspirations of winning another PAC title, competing for a District 1 championship and was ranked the preseason No. 1 team in the state by MaxPreps.

“I always had really good seniors to look up to from freshman to junior year, so I kind of knew how to fulfill those shoes,” Della Guardia said. “I knew (Hughes’) coaching styles and what he expected of the seniors especially. I took it on with Bri Peck and we were not in charge, but we were the ones who looked after every one.”

Spring-Ford’s Ashley Della Guardia, right, gets a high-five from Noelle Reid after scoring a run against St. Hubert during a PIAA 6A first round game Monday at Arcadia University. (Austin Hertzog – MediaNews Group)

Hughes said Della Guardia is one of three or four of his ‘Bash Sisters,’ capable of putting the ball over the fence in any given at-bat. Watching his senior first baseman in a leadership role is one of the things Hughes was most excited for this spring before the season was cancelled.

“Her maturity level just skyrocketed and she was becoming a very good leader on top of that talent,” Hughes said. “It’s just a shame she didn’t get a chance to show it along with the other two seniors that I had this year.”

Della Guardia is unsure what she will study at UMBC, saying it changes by the day. She’s also not certain where she will play in the field for the Terriers, noting that she can play first, third and outfield and could even end up back behind the dish if needed.

For Della Guardia, it doesn’t really matter what position she plays. She just hopes to get back on the softball field soon and start the next chapter of her athletic career.

“It was awesome,” she said reflecting on her time at Spring-Ford. “I miss it so much.”