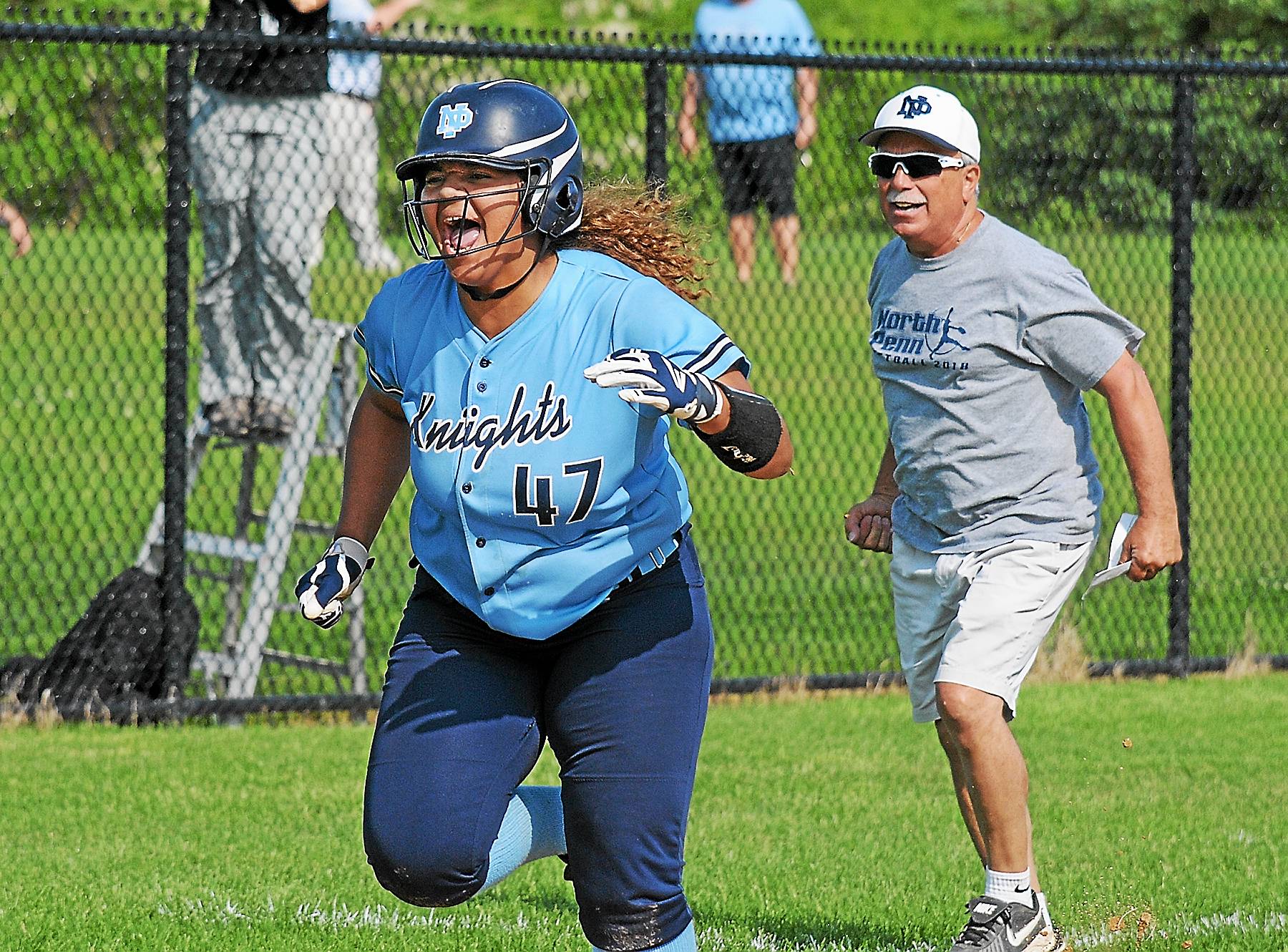 North Penns Elia Namey celebrates her three run home-run against Quakertown during their District 1-6A second round game on Wednesday, May 23, 2018.

It’s finally starting to feel like softball weather, and just in time as the Team of the Decade Tournament hustles into the quarterfinal round.

The tournament is brought to you by The Reporter, Times Herald and Montgomery Media and is also available online at papreplive.com with voting on The Reporter Sports Twitter account (@ReporterSports).

Souderton is the lone State Champ still alive, and Big Red looks to defend its home turf against St. Basil.

It’s an all-North Penn battle in one of the four matchups, but it will be the 2013 Knights that will play as the home team against 2019 NP.

North Penn has a third squad still alive, on the road, under the lights, against area rival 2014 Lansdale Catholic.

All eight teams will be vying for a spot in next week’s semis, which will be played at a neutral site to be determined.

(1) 2014 Souderton vs. (9) 2015 St. Basil >> Big Red pounced in the early innings of its first-round matchup with Springfield Montco and never looked back.

The State Champs now get a battle with underdog St. Basil Academy, which won the 9-8 matchup in the first round over 2011 Dock.

Erelle Sowers’ arm is rested and ready to go for the Indians.

The Rams have been known to put a big inning together, and Julia Haney, Maddie Little and Bri Peck – the PA. Gatorade Player of the Year for 2019 – come into this one on a hot streak.

For Spring-Ford, it’s another battle with the Hatters – the Rams ousted the 2012 version last week. 2010 Hatboro got past 2011 Souderton in its opener.

(3) 2013 North Penn vs. (11) 2019 North Penn >> Rick Torresani has been successfully cloned in order to coach each of these squads in the quarterfinal battle.

It could come down to the late innings.

Look for Jordan Pietrzykoski or Amanda Greaney to come through with the clutch hit for the 2019 Knights, although Jackie Bilotti has been hard to hit.

But the Crusaders will be tough. Amanda Bradley is swinging a hot bat for LC while Elia Namey is doing the same for the Knights.

North Penn was fired up in its first-round battle, a victory over 2011 Hatboro-Horsham, while LC fought past crosstown rival 2010 Dock.