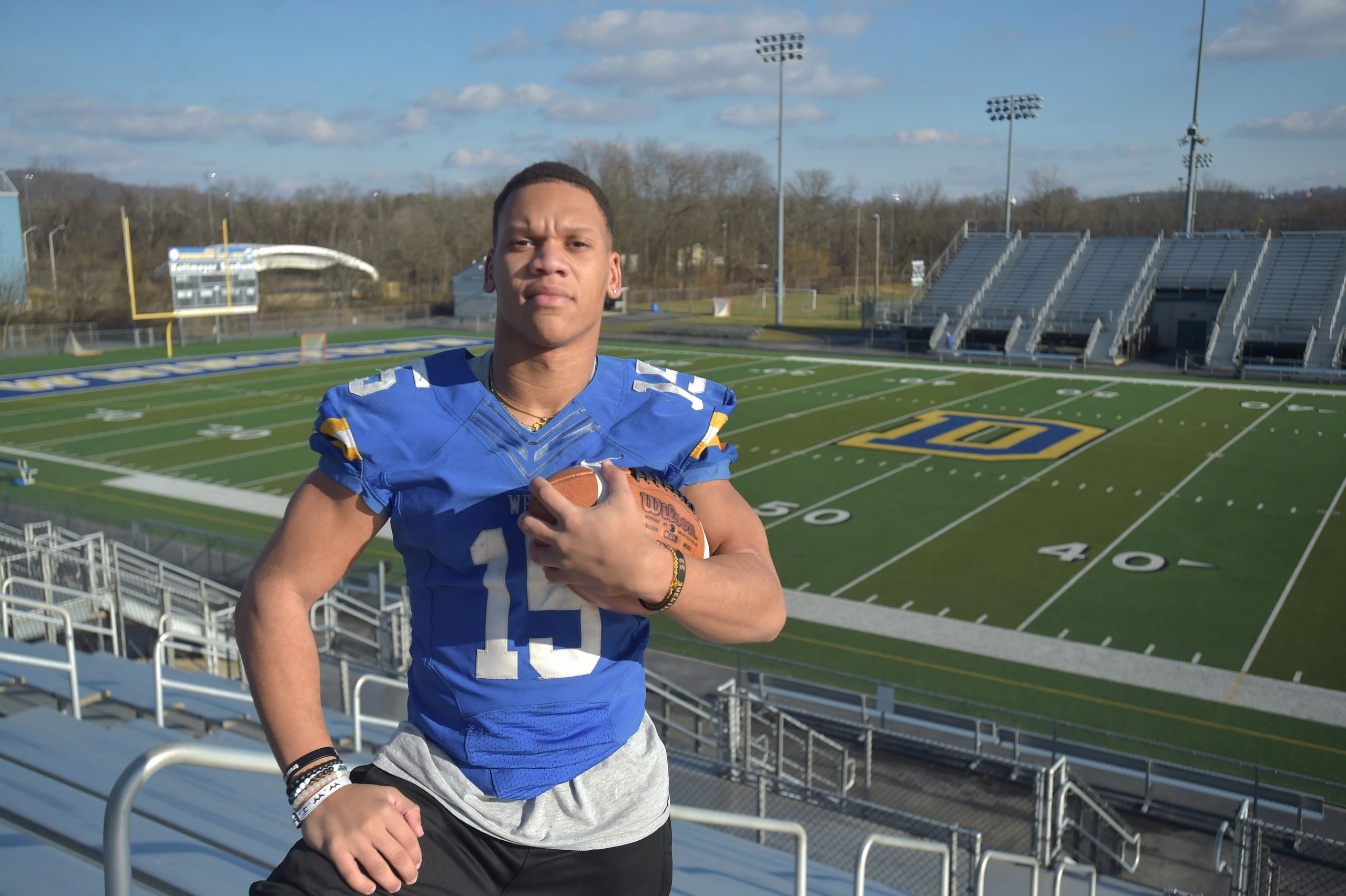 When an athlete is surrounded by an abundance of talent, yet still shines brighter than the rest, it’s a clear sign you’ve stumbled upon something really special.

This 2019 football season saw the Downingtown West Whippets post a 13-2 record, win a District 1 Class 6A championship and score more points than any other Ches-Mont League team in history.

While many Downingtown West players had impressive seasons, no one else rushed for 1,778 yards, caught 38 passes for 516 yards, nor set a Ches-Mont League record 39 touchdowns, while moonlighting as one of the best defensive secondary players in the league.

No one else scored 34 touchdowns on the ground, four through the air and had one punt return for a touchdown. And no one else put up these numbers in an incredible high school career: 2,938 yards rushing, 60 rushing touchdowns, 58 receptions, 759 yards and six receiving TDs.

That’s because no one else is quite like Downingtown West’s Tyriq Lewis, the 2019 Daily Local News All-Area Football Player of the Year.

“It was a great season, and I was surrounded by a lot of great players,” Lewis said. “It took a lot of pressure off me because we had so many weapons and so many great players on this team. We were like brothers out there. we all fought together.”

Lewis was an integral part of the Downingtown West success this season, and Whippets head coach Mike Milano talked about what an asset Lewis was on and off the field.

“Over the past three years Tyriq has played many different roles for us,” Milano said. “He has played ace back, swing back and running back as well as spot appearances at X and Y. Initially he was primarily an edge runner and he worked hard to develop himself into an elite running back able to earn tough yards inside as well as outside. He always had an innate ability to utilize angles and change speed and direction, making him very elusive.

“Often overlooked is his willingness to block for his teammates,” Milano said. “As a receiver, he has great hands and has worked hard at route running and understanding coverage. On the defensive side he has played corner, safety and linebacker in different packages for us. His coverage skill in man schemes is second to none.

“His toughness allowed us to keep him inside at times where he has thrived. I’m excited to see what college opportunities lie ahead of him,” Milano said. “This year it was no surprise to my staff and I that he was voted captain. Tyriq was never an ‘I’ guy, everything was always about us. He was the captain who would carry bags or clean up the field rather than instruct someone else to do it. In a sport where sometimes rank has privilege, Tyriq never took it. His footprint here is large and will be hard to fill.”

Lewis was a leader on and off the field for Downingtown West. After one of the Whippets’ games this season he talked about what kind of bond and toughness this Whippet squad possessed.

“We always come together as a team,” Lewis said. “When we get punched by a team we come back harder and we have all 11 guys pulling in the same direction.”

Tyriq Lewis went in the right direction all season to lead Downingtown West to the PIAA semifinals for the first time in school history, and his exploits on and off the field will be hard to replicate.